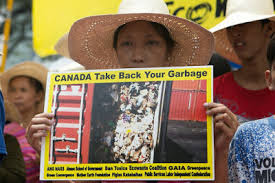 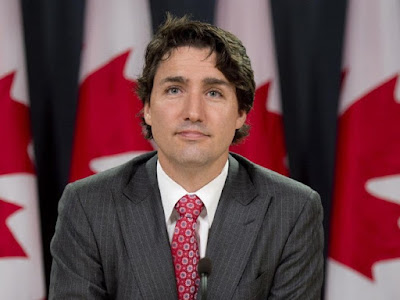 
Environmental and labor groups today asked Prime Minister Justin Trudeau to honor the Filipino people with a “gift of justice” when he visits the country next week for the Asia Pacific Economic Cooperation (APEC) Summit.

“This is the ‘gift of justice’ that we want Prime Minister Trudeau to bring from Ottawa to Manila: a clear-cut commitment stating Canada’s responsibility to take back their garbage without further complication and delay, as well as pay for the multi-million peso storage fees and other lawful charges,” said Aileen Lucero, Coordinator, EcoWaste Coalition.

Rep. Leah Paquiz of Ang NARS Party List, who twice filed a resolution asking Congress to act on the issue, said: “Prime Minister Trudeau was elected by the Canadian people on a platform for change.  It will be totally disappointing if he takes no notice of our plea for Canada to re-import their trash like what his predecessor Stephen Harper did.”

“We ask Prime Minister Trudeau and Environment Minister Catherine McKenna to cause the immediate removal of the Canada’s waste from our ports in accordance with international law, and as a meaningful gesture of gratitude and respect for the over 700,000 people of Filipino origin who are living and working in Canada,” said Josua Mata, Secretary-General of the national labor center SENTRO.

The three groups further urged both the governments of Canada and the Philippines, which are signatories to the Basel Convention on the Control of Transboundary Movements of Hazardous Wastes and Their Disposal, to ratify the Basel Ban Amendment, which prohibits highly industrialized nations from exporting hazardous waste to developing nations “for final disposal, reuse, recycling and recovery.”

The groups noted that the House Committee on Ecology, which included Paquiz as member, had written to the Parliamentary Standing Committee of Environment and Sustainable Development of Canada invoking the Basel Convention as basis for asking Canada to re-import their illegal garbage shipments.

“It must be underscored that its provisions, intentions and underlying principles for governments to take due diligence and responsibility on illegal traffic activities, most specially on wastes emanating from their country, must be diplomatically resolved,” the Committee said.|

“In this connection, we would like to express our united position that the 50 container vans of waste, including those waste exported thereafter, be shipped back by the government of Canada itself, since it cannot compel the shipper to return its containers to Canada pursuant to the Basel Convention,” the Committee emphasized.

Over 50 container vans of mixed garbage from Canada consigned to Chronic Plastics arrived in the port of Manila between June to September 2013, and were subsequently intercepted by customs authorities.  After sitting in the port for months, 26 of these garbage-filled containers were illegally dumped at the Metro Clark landfill in Capas, Tarlac between June 26 to July 8, 2015 until exposed and stopped by the provincial authorities.

As the controversy raged on, customs authorities in May 2015 discovered 48 more container vans of mixed garbage from Canada, consigned to Live Green Enterprises, bringing the total number of illegal Canadian trash shipments to some 103 shipping containers.