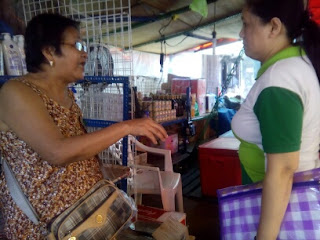 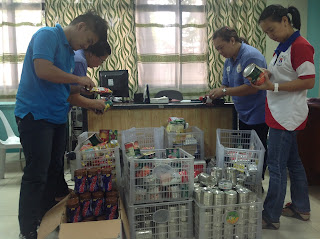 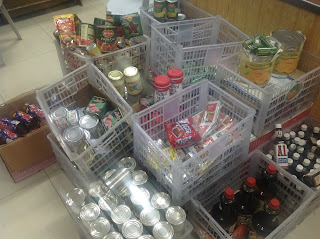 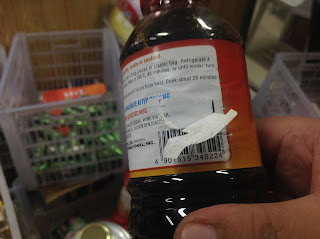 Responding to the complaint filed by the EcoWaste Coalition, a health and environmental watchdog group, representatives of the District Health Office III of the Manila Health Department conducted the inspection last Wednesday in coordination with the Manila Police District Station.

Valdez failed to produce any product registration, receipt or invoice from factories, supermarkets or distributors at the time of the inspection.

Among the items seized were hundreds of candies, energy bars, preserved fruits, sauces and other processed foods, including unlabelled canned goods.

Vendors were told to stop the illegal sale of expired goods or the face the penal consequences for such act, Casono reported to Yson.

The EcoWaste Coalition earlier wrote to Manila Mayor Joseph Estrada to complain about the illegal activity that it uncovered through its market surveillance to track hazardous products and wastes and promote awareness and action among consumers and regulators.

“Manila’s action will help in preventing potential food poisoning cases due to the intake of food and beverage items with torn labels, dented packaging, and tampered expiry dates that may be unfit for human consumption,” noted  Thony Dizon, Coordinator of the EcoWaste Coalition’s Project Protect.

“We hope that the city health authorities will conduct more frequent inspections to promote strict compliance to food safety regulations,” he added.

“As verbal warning is not enough to ensure compliance, we urge the authorities to charge wrongdoers and seek maximum penalties under the law,” he added.

Section 37 of Republic Act 10611, or the Food Safety Act, states that “it shall be unlawful for any person to adulterate, misbrand, mislabel, falsely advertise any food product which misleads the consumers and carry out any other acts contrary to good manufacturing practices”

Under the said law, any person found violating any provision of the Food Safety Act, for the first conviction, shall suffer the following penalty: “A fine of not less than Fifty thousand pesos (P50,000.00) but not more than One hundred thousand pesos (P100,000.00) and suspension of appropriate authorization for one (1) month shall be imposed.”

The law further provides that “if the offender does not have the appropriate authorization, the imposable fines shall be doubled.”