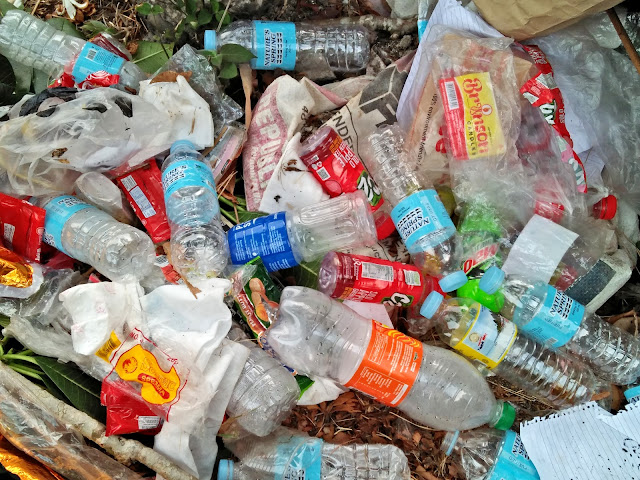 Local groups working for a zero waste and toxics-free society have expressed support for a robust negotiation mandate as governments from over 190 countries meet next week to tackle plastic pollution, including microplastics, and other pressing environmental challenges.
Governments will meet online and in Nairobi, Kenya for the resumed session of the fifth United Nations Environment Assembly (UNEA-5.2) to decide, among other items, whether countries should start negotiating for a global agreement on plastic pollution and the mandate of the intergovernmental negotiating committee (INC) to be established if ever for this purpose.
Knowing how crucial the UNEA-5.2 decision would be for a world drowning in plastic pollution, the EcoWaste Coalition, Interfacing Development Interventions for Sustainability (IDIS) and Mother Earth Foundation (MEF) conveyed in unequivocal terms their high expectations for a strong plastics treaty.
“All eyes will be on UNEA-5.2 to see how governments, including our own, will come to an agreement on a robust negotiation mandate that will speed up not decelerate the required global action to stem the tide of toxic plastic pollution,” said Aileen Lucero, National Coordinator, EcoWaste Coalition, who insisted that a strong treaty should focus on the full plastic lifecycle and not restricted to plastic waste or marine litter, ban toxic chemical additives in plastic and end the recycling of such hazardous substances in plastic, prohibit polluting waste treatment or disposal methods, including waste-to-energy incineration, promote compulsory not voluntary or corporate-led interventions, hold plastic manufacturers and chemical producers financially responsible, and provide financial resources for implementation and monitoring.
As proposed in the draft resolution submitted by the governments of Peru and Rwanda and co-sponsored by several member states, including the Philippines, the mandate of “the INC is to develop an international legally binding agreement based on a comprehensive approach to prevent and reduce plastic pollution in the environment, including microplastics, by promoting a circular economy and addressing the full lifecycle of plastics from production, consumption and design to waste prevention, management and treatment.”
“We appreciate the co-sponsorship by the Philippine government of the Peru-Rwanda draft resolution, and we expect our country’s active participation in the deliberations," said Atty. Mark Peñalver, Executive Director, IDIS, who noted "a strong treaty will help in curbing the toxic threats in each stage of the plastic lifecycle to public health and the environment, including biodiversity and the climate."
“The strong treaty that we want should also aim to cut down on plastic manufacturing, knowing that the unrestrained growth in plastic production translates to an upsurge in the use of fossil fuels and toxic chemical additives,” said Sonia Mendoza, Chairman, MEF, adding that “a globally agreed reduction target on plastic production is also essential in promoting eco-friendly alternative delivery models such as reuse and refill systems, biodegradable packaging, etc. toward a truly circular and Zero Waste society.”
While the envisioned treaty is being negotiated, the groups urged the Department of Environment and Natural Resources (DENR), other national government agencies and local government units (LGUs) to carry out policies and regulations that will prevent and reduce plastic pollution at source.
Specifically, the group highlighted the need for Congress to pass a comprehensive legislation banning single-use plastics and imposing Extended Producer Responsibility, and for the National Solid Waste Management Commission to issue the long overdue list of non-environmentally acceptable product and packaging materials for prohibition and phase-out in line with Republic Act 9003, or the Ecological Solid Waste Management Act.
The groups cited the recently published studies by the International Pollutants Elimination Network (IPEN) confirming the presence of toxic chemicals in plastic and synthetic textile consumer products that have been banned under international chemicals conventions, or banned in other countries or regions, further causing the supply of non-circular hazardous plastic waste across the globe, including their exportation to developing countries.
The IPEN studies, the groups said, have shown that countries are unable to handle large volumes of diverse plastics waste streams safely, and the reality that, without regulations requiring plastic ingredients to be labeled, countries are blindly allowing known toxic chemicals onto their markets in plastic products.
References:
Email Post

JOY BEN said…
Stop Treating Your Herpes with hospital pills – There’s a Cure for Herpes genital with the help of Dr Kham Natural Herbal Medicine, I was Cured from Herpes genital with Dr Kham Natural Herbal Medicine, Am so glad expressing my profound gratitude to a man that is so concerned about other people's well being. I was suffering from (HERPES SIMPLEX VIRUS TYPE II) over 2years, i have spent thousands of dollars in buying expensive drugs and visiting several hospitals in different countries, i was really in selvage pain "until" one glorious morning, i read about Dr. Kham on the internet on how he had helped and cured so many people suffering from HERPES 1/2, HPV, CANCER, HIV/AIDS, ALZHEIMER, FIBROID, ENLARGED PROSTATE and HEART DISEASE ETC. So I contacted him through this Email: dr.khamcaregiver@gmail.com and i shared my problems with him, he gave me the healing procedure and i followed them. Two weeks later after I received and used his product, he told me to go for a medical test, but the result was negative, now I am HERPES VIRUS free. I just want to use this platform to thank Dr. Kham for curing me from that deadly virus and also for exposing his herbal cure to the world at large, please you can as well contact him at his Email: dr.khamcaregiver@gmail.com Here is his WhatsApp contact +2348159922297 and You can also check his Website on https://dr-kham-herbal-home.webnode.com/ or visit his Blog at https://drkhamcaregiver.blogspot.com/
Monday, April 11, 2022

Kristin Michael said…
Greatest thanks to Dr. Enato for his herbal medication he prepared for me and when I started using it, In 3 weeks I was completely cured and that was how i was cured from my herpes virus, I'm so happy and grateful to Dr. Enato after reading about him on a testimony of Shina Harry on a blog Forum. I knew suddenly Dr Enato was the right Doctor to cure my HSV-2. After 5 years of suffering from HSV-2, At last I am smiling once again. Dr. Enato also has remedy to other Stds,Sti like COLD SORES, HIV/AIDS, DIABETES, CANCER, HIGH BLOOD PRESSURE AND MANY MORE. I oblige everyone to contact this great herbalist called Dr. Enato and be free from your suffering. Here is his Email Contact information, dr.enatoherbalcure@gmail.com and you can send him a direct message via WhatsApp: +2348071351544 his website is https://drenatoherbalcure.simdif.com/
Sunday, April 17, 2022

Abacus Trainer said…
You wrote this blog very well. Very knowledgeable. Thanks for sharing this

To know more about AbacusTrainer

sanjay said…
Nice blog
Great Information.
The Asian Journal of Government Audit is a popular resource for the SAI community for promotion of sound and effective audit systems.
This bi-annual Journal has been in circulation since 1983 and has provided a forum to ASOSAI members for discussion and dissemination of good practices.
The Journal accepts articles, special reports, news items and other materials from member SAIs of ASOSAI.