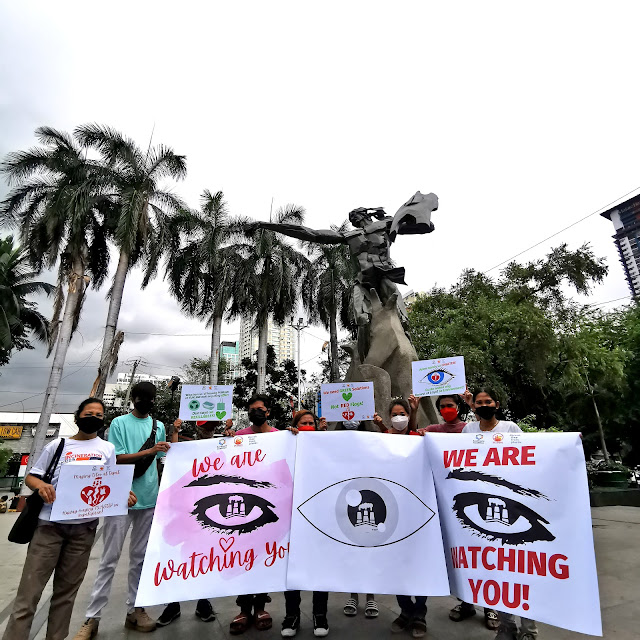 EcoWaste Coalition and the Malate Catholic Church convened on Monday at Rajah Sulayman Park to call out the 18th Congress on passing bills that are “false solutions”.
The Senate and House of Representatives (HoR) already passed on third reading the Extended Producer Responsibility (EPR) Bill amending Republic Act 9003, otherwise known as the Ecological Solid Waste Management Act. The HoR has passed the Waste-to-Energy (WTE) Bill on third reading, while the Senate version is still pending for second reading.
If there are “red flags” in relationships, there are also red flags to look out for in our waste crisis. The EcoWaste Coalition and the Malate Catholic Church fear that if the aforecited bills are passed, it will exacerbate not just the plastic, but the climate crisis. The group warned that while these measures sound promising, these are actually “red flags” or “false solutions.”
“It’s in the nitty gritty. If this is the EPR version that will be enacted, we’d rather not have it. Without clear targets and timeline on reducing plastic - at the very production stage - our plastic crisis will only get worse. The current version heavily focuses on the downstream approach, recovery and recycling, but not much on redesigning products and innovating business models to eliminate single-use plastics,” said Coleen Salamat, Plastic Solutions Campaigner, EcoWaste Coalition
The International Pollutants Elimination Network (IPEN) recently released a report criticizing  increased recycling rates as an insufficient “solution” to the health and environmental problems  caused by the massive overproduction of plastics. The group, which includes the EcoWaste Coalition among its members, pointed out that “almost all plastics contain toxic chemicals that are not removed during recycling but are carried over to the new products, and the recycling process can even generate new toxic chemicals such as dioxins.” 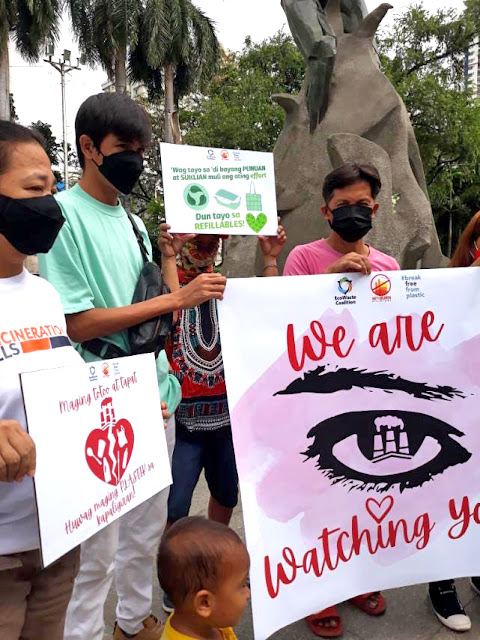 EcoWaste argued that not all recycling is environmentally sound, especially those practices involving the incineration of plastics in thermal WtE facilities.
“WTE facilities are unsustainable “solutions” that exacerbate the waste problem. The claim that WTEs is an effective way to eliminate waste is little more than a bad case of greenwashing. Instead of reducing waste, WTE legitimizes continued extraction from the environment and unsustainable consumerism, while accelerating climate change, polluting the environment, and threatening human health,” said Lievj Alimangohan, Senior Policy Officer, Ecowaste Coalition.
"We have to take bolder actions now that we are facing a climate crisis. As we create measures to ease the plastic pollution, we have to make sure it truly solves the problem. We call for lasting zero waste solutions, not band-aid measures. We need to wake up. 100 years ago there was no plastic. Now it's in the seas, fish, and the whole food chain. It's even in the human placenta," added Fr. John Leydon, Chair, Laudato Si Movement
The groups emphasized “We are watching the 18th Congress. We need laws that slow, not accelerate climate change. We can't afford quick fixes now that we are facing irreversible climate-change damages.”