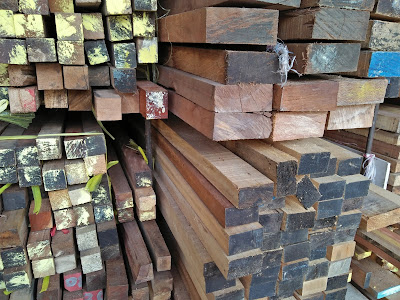 The EcoWaste Coalition, an environmental health organization, welcomed the promulgation of a new Chemical Control Order (CCO) that will, among other things, ban wood preservatives containing arsenic, a highly toxic chemical.

On November 8, Department of Environment and Natural Resources (DENR) Secretary Roy Cimatu promulgated Administrative Order 2019-17, which seeks to “reduce the risk of exposure to human health and the environment of arsenic and arsenic compounds used in industrial processes” through a CCO.

A CCO is a policy issuance by the DENR for chemicals that the agency has “determined to be regulated, phased out or banned due to the serious risks they pose to public health, workplace and the environment.”

“We laud the DENR through the Environmental Management Bureau for completing the participatory processes that led to the adoption of the CCO on arsenic, which is among the top 10 chemicals of major public health concern as per the World Health Organization (WHO),” said Thony Dizon, Chemical Safety Campaigner, EcoWaste Coalition.

“This CCO is the latest chemical policy directive by the department following the groundbreaking CCO banning lead in paint and other applications in 2013,” he noted.

According to the WHO, the intake of the acutely toxic inorganic arsenic over a long period of time can lead to chronic arsenic poisoning or arsenicosis. “Effects, which can take years to develop depending on the level of exposure, include skin lesions, peripheral neuropathy, gastrointestinal symptoms, diabetes, renal system effects, cardiovascular disease and cancer,” the WHO said.

The EcoWaste Coalition, assisted by technical and scientific experts from the Philippines and abroad,  submitted a position paper in February 2017 and specifically lobbied for the prohibition on arsenic-containing pesticides for treating wood.

In pushing for a ban on wood preservatives containing arsenic, the group cited studies in the US suggesting that arsenic in arsenic-treated wood such as those used in playground poses potential health risks to children as the arsenic can end up on children's hands and mouths.

As noted by the US National Center for Healthy Housing, “arsenic can leach to the surface of the treated wood, becoming accessible for absorption through exposed hands and skin touching the wood surface and, especially in the case of children, ingestion through normal hand-to-mouth behavior.”

Under the European Union’s REACH (Registration,Evaluation, Authorisation and Restriction of Chemicals), “arsenic compounds shall not be used in the preservation of wood. Furthermore, wood so treated shall not be placed on the market.”
Aside from wood preservatives, the CCO, which will take effect 15 days after its publication in a newspaper of general circulation, will likewise ban the use of arsenic and its compounds in the production of fertilizers, pesticides and chemical weapons.

According to the website of the Fertilizer and Pesticide Authority (FPA), copper acetoarsenite is already banned as per FPA Circular No. 4, series of 1989, while arsenic trioxide is restricted for use by accredited wood treatment and wood preserving facilities.

Toward an effective enforcement of the ban on arsenic-containing wood preservatives, the EcoWaste Coalition sees the need for a clear-cut phase-out of wood treatment and preservation products containing arsenic, especially those that pose the highest exposure risk to children.

“The removal of arsenic-containing products in the market will help in preventing the release of arsenic during manufacture, installation, use and disposal of arsenic-treated wood,” the EcoWaste Coalition said.

“Wood used by children, households and schools does not need to be toxic,” the group said.

HarryLuper said…
Hi! This is kind of off topic but I need some advice from an established blog. Is it tough to set up your own blog? I'm not very techincal but I can figure things out pretty fast. I'm thinking about creating my own but I'm not sure where to begin. Do you have any points or suggestions? With thanks
top soil manchester