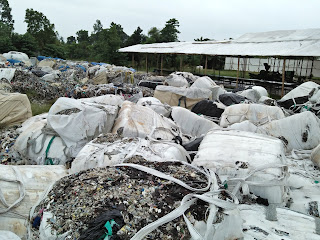 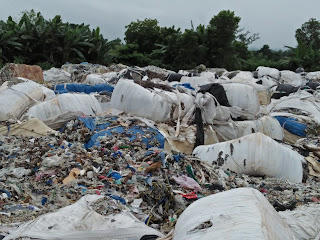 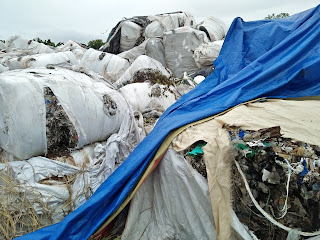 The EcoWaste Coalition, a waste and pollution watchdog group based in Quezon City, has commended the resolute action by the officials of the province of Misamis Oriental and Bureau of Customs – Region 10 to expedite the re-export of over 5,000 tons of illegal waste shipments from South Korea to their origin.

“Despite the understandable delay, we welcome the assurance made by the BOC-Region 10 that the remaining trash from South Korea in MisOr would be returned to their source before the year ends.  The people of Mindanao and the rest of the nation are ardently anticipating the complete reshipment of these misdeclared waste imports to the Port of Pyeongtaek,” said Aileen Lucero, National Coordinator, EcoWaste Coalition.

“We recognize the commendable assistance extended by the offices of Gov. Yevgeny Vincente Emano and Rep. Juliette Uy, which provided the jumbo bags for the pre-requisite repacking of the stranded trash at the Phividec Industrial Estate in Tagoloan. Without these specialty bags, the transfer of the wastes to the container vans would not be possible,” she pointed out.

The 4,000 tonner bags donated by Emano and the 1,000 bags donated by Uy were turned over to BOC-10 District Collector John Simon at a ceremony held last week at the customs office in Cagayan de Oro City.

“We also laud the provincial government for allocating the necessary budget to pay for the personnel and the equipment for the cleanup of the storage site in Tagoloan, including portion of it that caught fire last August,” added.

The concerted action by the local government, customs and environmental authorities reflects their commitment to protect the people, their health and their environment from the negative impacts of foreign waste dumping, the EcoWaste Coalition said.

The group had earlier cited the firm position of customs, environmental and local government officials to have the unlawful waste shipments from South Korea re-exported, citing the Basel Convention which imposes an obligation on the State of Export to ensure the return of wastes deemed to constitute “illegal traffic.”

“We hope the re-export of the illegal waste cargoes from South Korea will commence soon or get completed by December 5, which is the day when the Basel Ban Amendment will enter into force,” said Lucero.

The Basel Ban Amendment prohibits the export of hazardous wastes for all reasons, including recycling, from rich countries belonging to the Organization of Economic Cooperation and Development (OECD), European Union (EU) and Liechtenstein to developing countries like the Philippines.

The Duterte administration has yet to ratify the said amendment to the Basel Convention.

According to the EcoWaste Coalition, “ratifying the Basel Ban Amendment and further prohibiting the export of all wastes to the Philippines will be our best legal protection against waste trafficking."

sanchesginger@gmail.com said…
This is the issue which is discussed on Guarantees essay , so that's why it will be sorted out within the shortest time possible.

Freya Collins said…
This guide to write a white paper was developed specifically for those who have no experience writing white papers or want to learn the secrets of professional white paper writing https://prime-essay.net/guide-to-write-a-white-paper
Friday, January 17, 2020

Theo Smith said…
You wrote a great article. I'm glad I gave away your blog. I like it. I want to recommend you to use the service to write an essay https://essays-writers.com/law-research-paper.html. I use it often. It helps me.