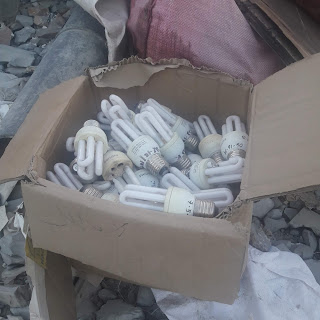 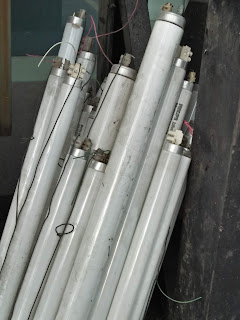 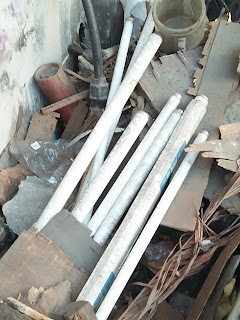 A waste and pollution watch group has called out the Department of Energy (DoE) for the non-utilization of a costly facility that is supposed to provide a solution to the unsafe disposal of mercury-containing lamp waste.

Through a letter sent to the DoE, the EcoWaste Coalition drew attention to the Lamp Waste Management Facility (LWMF) that has been gathering dust since 2014 and could be turning into a white elephant.  The letter was sent yesterday to DoE Secretary Alfonso Cusi and to Energy Research and Testing Laboratory Services Director Amelia de Guzman.

“Considering the almost five-year delay in getting the LWMF operational, we call upon the Office of the DoE Secretary to convene an urgent meeting to apprise the stakeholders about the state of non-operation of the facility and what can be done to address this matter,” wrote Thony Dizon, Chemical Safety Campaigner, EcoWaste Coalition.

The group, as part of its work on mercury pollution prevention, has been writing the DoE regarding the LWMF since August 2016 in the hope of getting the facility up and running to ensure the proper recycling of mercury-added lamps.

Health-damaging mercury vapor in a mercury-containing lamp can be released if it breaks in the waste stream, is dumped, burned or recycled in uncontrolled conditions, the EcoWaste Coalition said.

According to government information, the DoE in 2013 procured a set of equipment capable of recovering mercury from lamp waste from MRT System International of Sweden for $1.37 M plus taxes and customs duties.

The establishment of the LWMF, a component of the DoE-led Philippine Energy Efficiency Project supported by a loan from the Asian Development Bank, is supposed to address the problem with residual mercury that is expected to increase with the use of energy efficient but mercury-containing compact fluorescent lamps (CFLs).

The DoE operated the facility, located at a 1,000 square meter warehouse in Bagumbayan, Taguig City, during the pilot phase in 2014.

The EcoWaste Coalition is concerned that the non-use of the facility can affect the expensive and sensitive equipment consisting of a lamp processor, high-density discharge processor, batch process distiller, drying oven and vapor monitor.

“The non-operation of the facility for a long time can take its toll on the equipment, while the improper disposal of mercury lamp waste persists,” Dizon said.

According to “The Toxic Silence of the Lamps,” a report by the EcoWaste Coalition, broken and burned-out lamps are generally disposed of along with ordinary municipal solid waste and hauled to landfill facilities.

“Mercury in lighting products in the form of mercury vapor is released due to breakage during their use or during their handling, storage and disposal,” the report said, exposing humans, including waste workers, to mercury, a highly toxic substance.

Aside from lamp waste, waste workers have to deal with mercury from other mercury-added products and wastes, including other electronic waste such as switches and relays, medical devices such as thermometers, skin whitening cosmetics, dental fillings, etc.

“Exposure to mercury and other hazardous and toxic substances in the waste stream is a major threat to waste workers’ health,” the report pointed out.

Reference:
DoE’s powerpoint presentation on the LWMF
“The Toxic Silence of the Lamps”