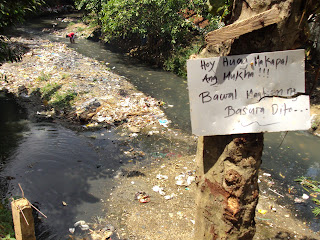 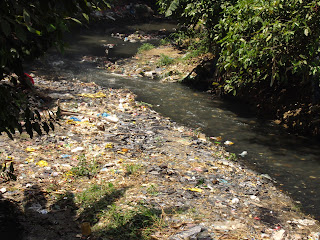 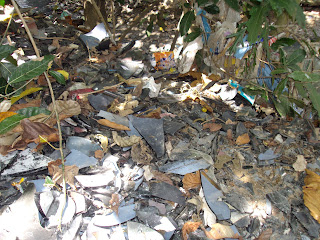 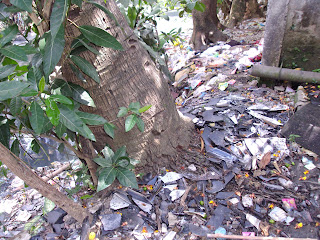 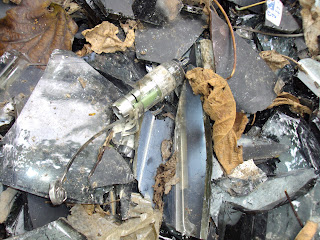 A non-profit watch group on toxic chemicals and wastes lauded the leadership of Barangay 178 in Camarin, Caloocan City for taking a stance to combat the improper recycling and disposal of electronic waste or e-waste.

The EcoWaste Coalition commended Punong Barangay Editha Labasbas and the Barangay Council for considering an ordinance that will prohibit and penalize the illegal breaking and disposal of toxic cathode ray tubes (CRTs).

CRT, the glass video display component of some electronic equipment such as televisions and computers, contains dangerous levels of lead and other hazardous substances, including barium, cadmium and fluorescent powders

The pollution prevention measure came on the heels of indiscriminate breaking and disposal of CRTs in certain parts of Barangay 178 as reported by the EcoWaste Coalition to Labasbas on March 8.

The ordinance, passed on third and final reading on April 20, will be transmitted to the Caloocan City government for ultimate approval.

It  proposes to penalize violators with a fine of P300 to P1,000 or with community service for not less than 1 day to not more than 15 days as determined by the barangay authorities.

“We laud Barangay 178 for taking action to protect its residents, particularly the young children, from being exposed to lead and other health-damaging substances from broken CRTs,” stated Thony Dizon, Coordinator of the EcoWaste Coalition’s Project Protect.

"This is a very meaningful way to mark the Earth Month, and we hope that the Caloocan City Council will expedite the approval of the barangay ordinance in the interest of public health and the environment," he said.

“This policy measure provides a good basis for a city-wide ordinance that will ban the dangerous practice of breaking CRTs and leaving toxic fragments and residues lying on the ground,” he added.

According to the World Health Organization (WHO), lead exposure harms children at much lower doses, and the health effects are generally irreversible and can have a lifelong impact.

“Once lead enters the child’s body through ingestion or inhalation or across the placenta, it has the potential to damage the brain and the central nervous system, as well as the blood system, the kidneys and the skeleton,” the WHO has warned.

The liquid-crystal display (LCD) of some TVs and computers are illuminated by cold cathode fluorescent lamps (CCFL) containing mercury, a chemical that is hazardous to human health and the environment, which is also found in some circuit boards, relays and switches.

The said barangay ordinance was crafted to implement provisions of Republic Acts 6969, 9003 and  9275 and their Implementing Rules and Regulations regarding the safe management of chemicals and wastes.

RA 6969, the Toxic Substances and Hazardous and Nuclear Waste Control Act, RA 9003, the Ecological Solid Waste Management Act, and RA 9275, the Clean Water Act, prohibit acts that will endanger the public health and environment, including the improper recycling and disposal of CRTs.

RA 6969 and related issuances by the Department of Environment and Natural Resources such as DAO 2013-22 (Hazardous Waste Management) and 2013-24 (Chemical Control Order for Lead and Lead Compounds) require the management of waste electrical and electronic equipment, including CRTs, in an environmentally-sound manner.