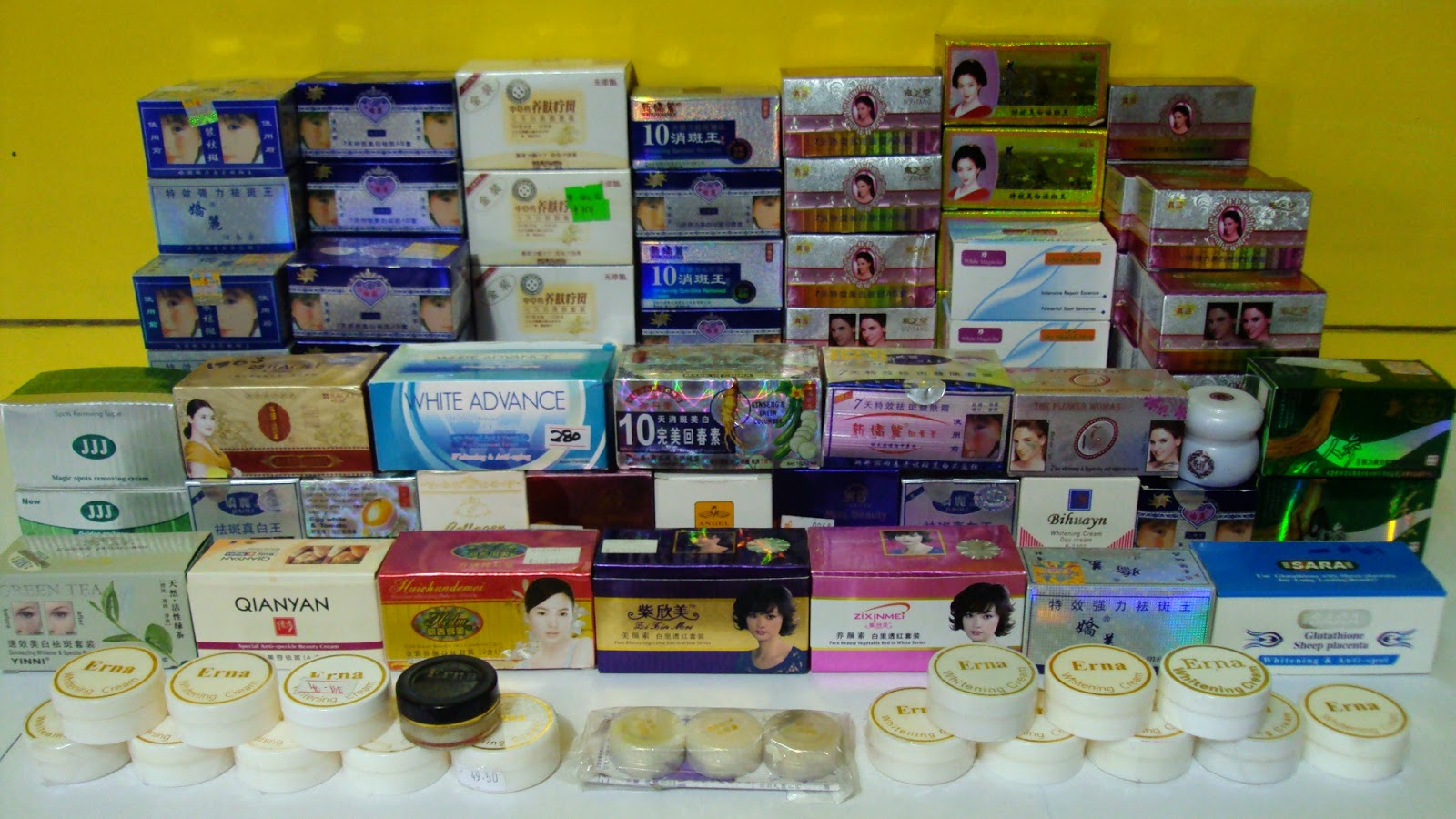 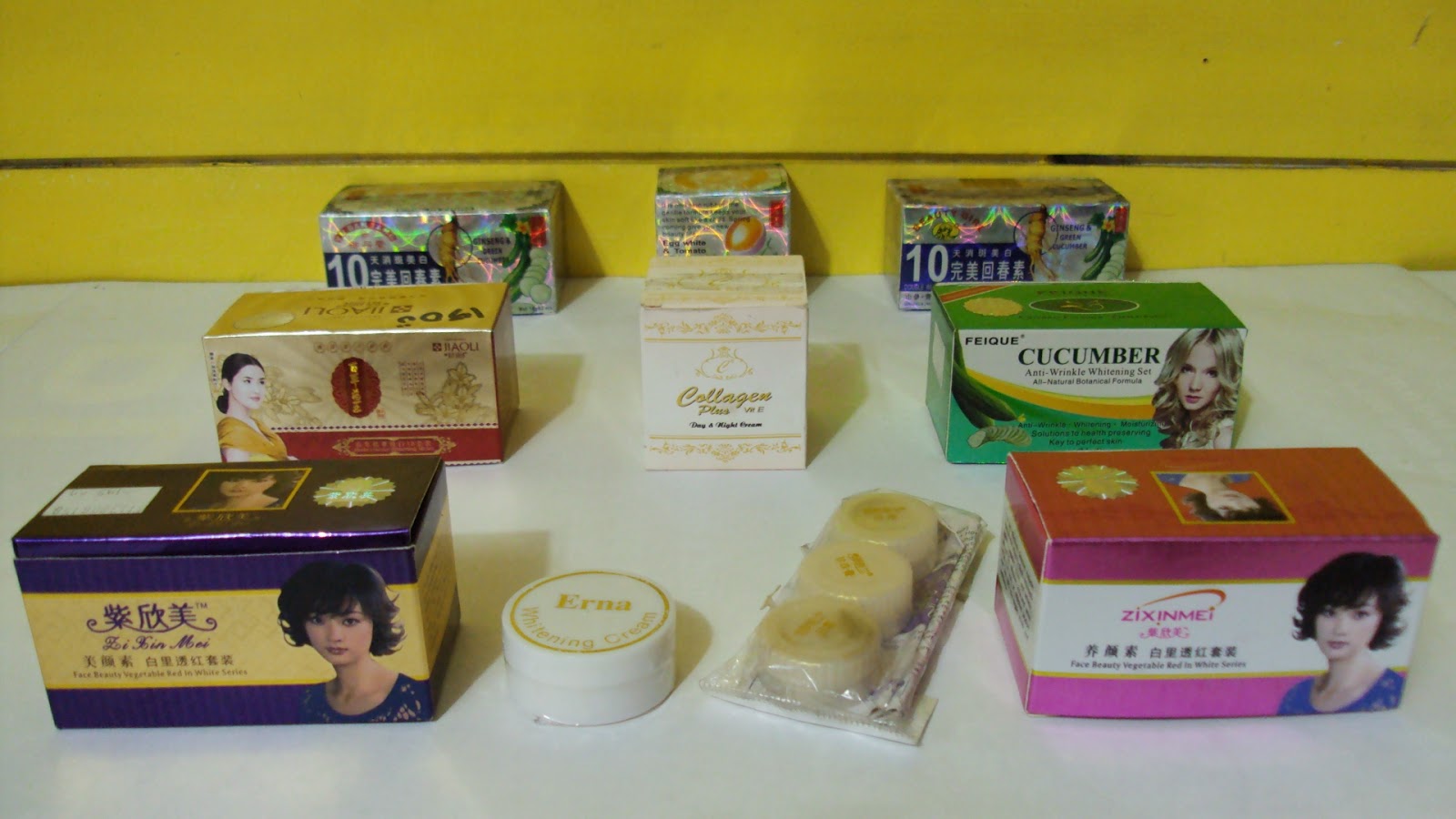 PHOTOS: Mercury-laden skin whitening cosmetics on sale in Mindanao (above), and the top ten products with highest concentrations of mercury (below).

A toxics watchdog group today urged the chief executives of 12 cities in Mindanao to clamp down on the unlawful trade of contraband cosmetics containing mercury that is taking place right under their noses.

The illegal trade of mercury-laden skin whitening cosmetics is rife in most of these cities and are often sold in retail outlets such as herbal and beauty product stores, Chinese drug stores and general merchandise stores just a stone’s throw away from the City Halls, the group observed.

“We appeal to the good mayors to seize the dangerous goods and castigate unscrupulous traders to protect their constituents and the environment from the toxic effects of mercury,” she said.

The Food and Drugs Administration, in line with the ASEAN Cosmetics Directive, has set 1 part per million (ppm) as the allowable limit of mercury in cosmetics.  Since 2010, the FDA has banned 116 skin whitening products for their mercury content or for being sold without the required market authorization from the agency.

To ascertain the prevalence of illegally traded mercury cosmetics in the country, the EcoWaste Coalition deployed its “AlerToxic Patrollers” to 50 cities in Luzon, Visayas, Mindanao and the National Capital Region from November 9, 2014 to February 2, 2015.

The top 10 samples from Mindanao with the highest concentrations of mercury include:

7.  Collagen Plus Vit E Day and Night Cream from Zamboanga, with 9,003 ppm of mercury

10.  Erna Whitening Cream from General Santos, with 5,012 ppm of mercury

The high levels of mercury in these contraband cosmetics pose a significant health risk to users and non-users, including children and women of child-bearing age who are most prone to the toxic effects of mercury, the group warned.

According to the report “Beauty and the Risk” published by the EcoWaste Coalition, users of mercury-containing skin whitening cosmetics may experience skin discoloration, rashes and scarring and reduced skin’s resistance to bacterial and fungal infections, while repeated applications can cause damage to the brain, the nervous system and the kidneys.

For non-users, the report, citing a US health advisory, said that “the mercury spreads from the hands of anyone using the cream to other things they touch (and) then gets into the air and anyone in the home can breathe it in.”

This is a very interesting blog and so I like to visit your blog again and again. Keep it up.
Herbal Potpourri

Your blog was so nice and very attractive to see. Thank you so much for sharing these nice articles
k2 herbal incense

What a fantastic blog I have ever seen. I didn’t find this kind of information till now. Thank you so much for sharing this information.
mr nice guy potpourri

Hey I don't have words to describe this post. I simply want to say that absolutely informative post. It inspires me a lot. Keep posting.
buy k2 online