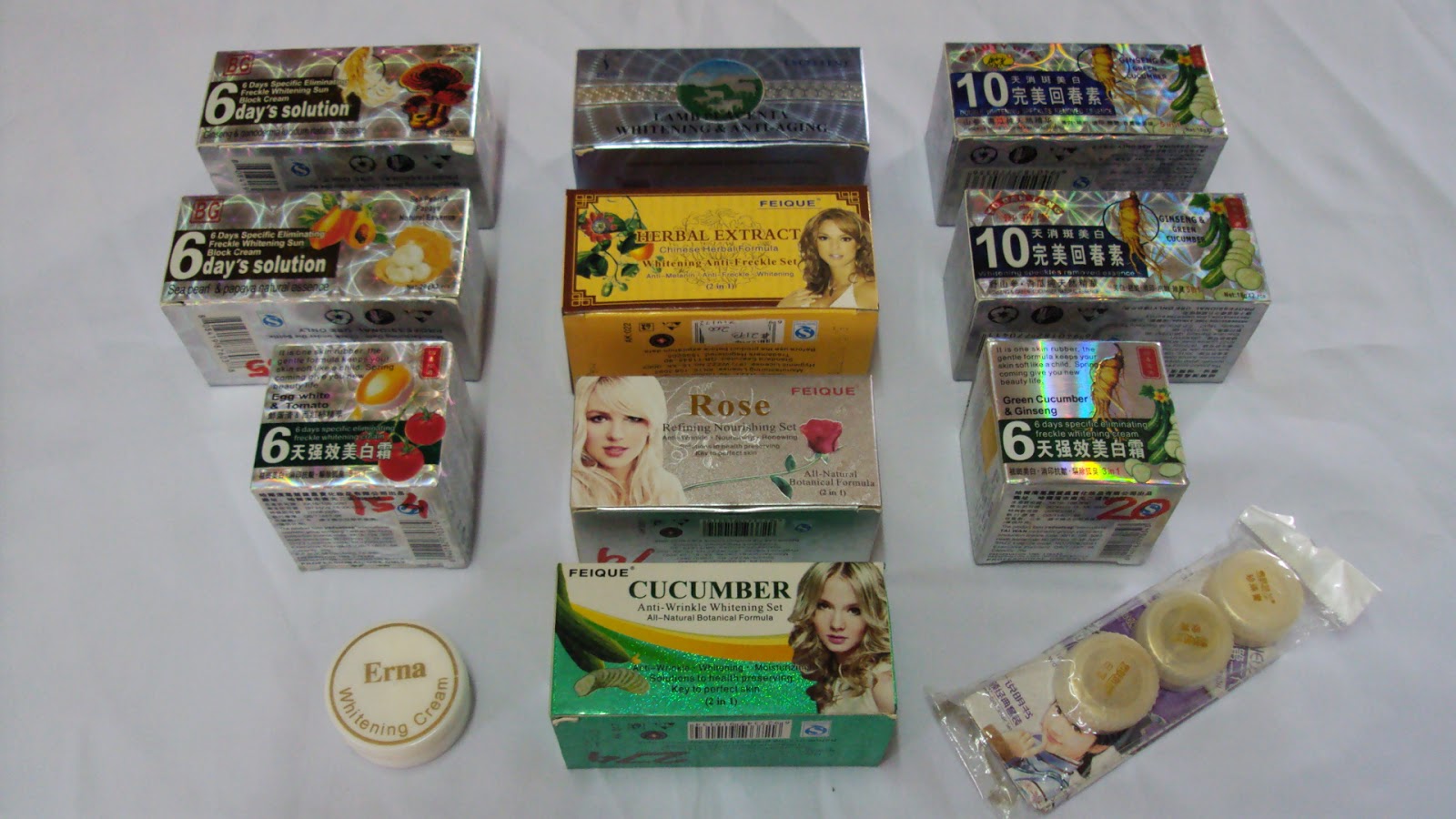 
Tis the season to be wary of poison cosmetics.

As couples gear up for a romantic date on Valentine’s Day that is just around the corner, a toxics watchdog counselled consumers to watch out for poison cosmetics with undisclosed mercury content.

Mercury, the EcoWaste Coalition warned, is a toxic chemical often found in illegally traded skin whitening products, which inhibit the production of melanin pigment leading to a “fairer” skin tone in the short term, but may cause serious injury to the skin, the kidneys and other organs in the long run.

Health specialists had warned that users of mercury-containing skin whitening cosmetics may experience skin discoloration, rashes and scarring and reduced skin’s resistance to bacterial and fungal infections, while repeated applications can damage the brain, the nervous system and the kidneys.

“Refrain from using skin lightening cosmetics, particularly contraband facial creams, that have not been granted market authorization by the health authorities and whose safety from mercury and other hazardous substances is not assured,” advised Aileen Lucero, Coordinator, EcoWaste Coalition.

“Let us all take pride in our natural skin tone.  There is beauty and dignity in being ‘kayumangging kaligatan,’’ she declared.

Lucero’s plea came on the heels of the market investigation carried out by the EcoWaste Coalition from November 9, 2014 to February 2, 2015 that generated damning evidence confirming widespread illegal trade of mercury-containing skin whitening cosmetics in 50 cities in Luzon, Visayas, Mindanao and the National Capital Region.

The investigation, conducted with support from the International POPs Elimination Network (IPEN), a global civil society network promoting safe chemicals policies and practices, was accomplished to generate expanded data on the illegal trade of mercury-added cosmetics in the Philippines and push for the early ratification and implementation of the Minamata Convention on Mercury.

From Baguio to Zamboanga, the EcoWaste Coalition’s AlerToxic Patrollers had no difficulty procuring skin whitening products costing P16.75 to P350 each from various retailers and which later showed mercury many orders of magnitude higher than the allowable trace amount of 1 part per million (ppm) under the ASEAN Cosmetics Directive, Lucero recounted.

Citing data from the freshly-released report “Beauty and the Risk:  A Civil Society Investigation on the Prevalence of Mercury-Laden Skin Whitening Creams in 50 Cities in the Philippines,” Lucero reported that after screening the samples using a portable X-Ray Fluorescence (XRF) spectrometer, 316 of the 355 samples (89%) were found to contain mercury above the 1 ppm threshold limit.

The investigation revealed that 41 of the over 115 skin whitening cosmetics banned by the Food and Drugs Administration from 2010 to 2014 are still available in the market.  The study further uncovered 26 new brands of mercury-containing skin whitening creams that should be banned by the FDA and immediately withdrawn from commerce.

"IPEN is proud to have supported this compelling and timely investigation by the Ecowaste Coalition into the public health hazard posed by toxic mercury in cosmetics,” said Australia-based Lee Bell, IPEN’s Mercury Policy Advisor.

“This report exposes the widespread availability of banned skin lightening creams in the Philippines in addition to other dangerous cosmetics that have not yet been identified by regulatory agencies,” he noted.

Bell, a toxics policy expert, emphasized that “the recommendations of this report should be fully implemented to stem the tide of illegal mercury-laced imports in the Philippines and meet the requirements of the Minamata Convention on Mercury as well as domestic regulations.”

Among the recommendations put forward by the EcoWaste Coalition to protect the public health and the environment from mercury contamination through cosmetics were:

1.  For consumers to insist on their right to product information, including the ingredients comprising a product, and to refuse products with zero or incomplete label or with non-English labelling information unless English translation is also provided.  Consumers were also urged to support the joint advocacy by the Department of Health and the Philippine Dermatological Society “to uplift the health status of Filipinos through patient education and early skin disease detection and prevention by proper dermatologic care.”
2.  For business and industry to follow the Philippine and ASEAN policy on mercury in cosmetics, and for importers, distributors and retailers to only offer compliant FDA-notified cosmetics.  Chinese medicine stores, general merchandise stores, beauty and herbal supplement stores and other retailers were also asked to stop selling illegal imports such as mercury-containing skin whitening creams and abide by the law.

3.  For the government, particularly the FDA, to undertake law enforcement activities to rid the market of dangerous cosmetics, to provide for the environmentally sound storage and disposal of confiscated mercury-containing products, to forge bilateral agreements with other governments to prevent the export of mercury-added cosmetics to the Philippines, and to secure the cooperation of ASEAN member states in developing a rapid alert system for dangerous non-food products such as cosmetics to guide consumers, vendors and regulators and protect the public health and the environment.
-end-
DIRTY DOZEN: The top 12 samples of skin whitening creams with highest mercury content per brand include: