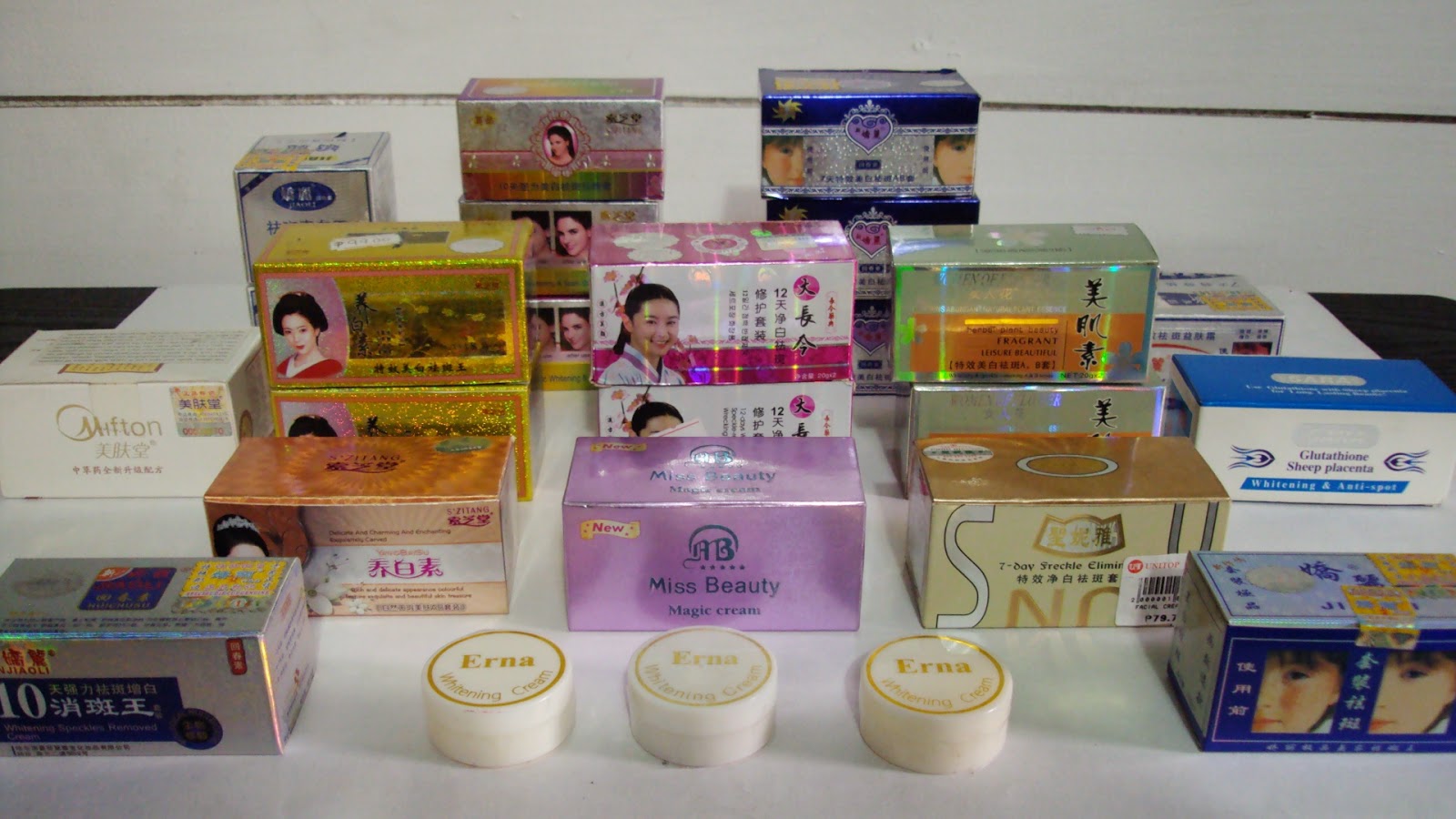 An environmental group based in Quezon City has appealed to the Cebu City Government to take action against vendors of contraband cosmetics laden with mercury, a toxic chemical.

Through a press release, the EcoWaste Coalition requested the office of Cebu Mayor Michael Rama to help the Food and Drugs Administration (FDA) in enforcing the prohibition against the sale of skin whitening cosmetics with mercury content exceeding 1 part per million (ppm).

“We appeal to Mayor Rama to mobilize the city’s health and police inspectors in an all-out drive to have illegal mercury-containing cosmetics removed from store shelves,” stated Aileen Lucero, Coordinator, EcoWaste Coalition.

Citing information from the World Health Organization, Lucero said that human exposure to mercury in skin whitening products may cause “kidney damage, skin rashes, skin discoloration and scarring, as well as a reduction in the skin’s resistance to bacterial and fungal infections.”

The group last Thursday released a report entitled “Beauty and the Risk,” indicating the unrestrained sale of mercury-tainted skin whitening products in 50 cities across the country, including Cebu and Lapu-Lapu Cities.

Out of the 355 samples procured by the group from Baguio to Zamboanga, 25 were obtained from Cebu and Lapu-Lapu, mostly from beauty product stores and general merchandise stores in Colon St.  The FDA had already banned most of these products and would be illegal to sell.

4) Women of Flower Whitening and Spekle Removing A and B Series, 4,908 ppm 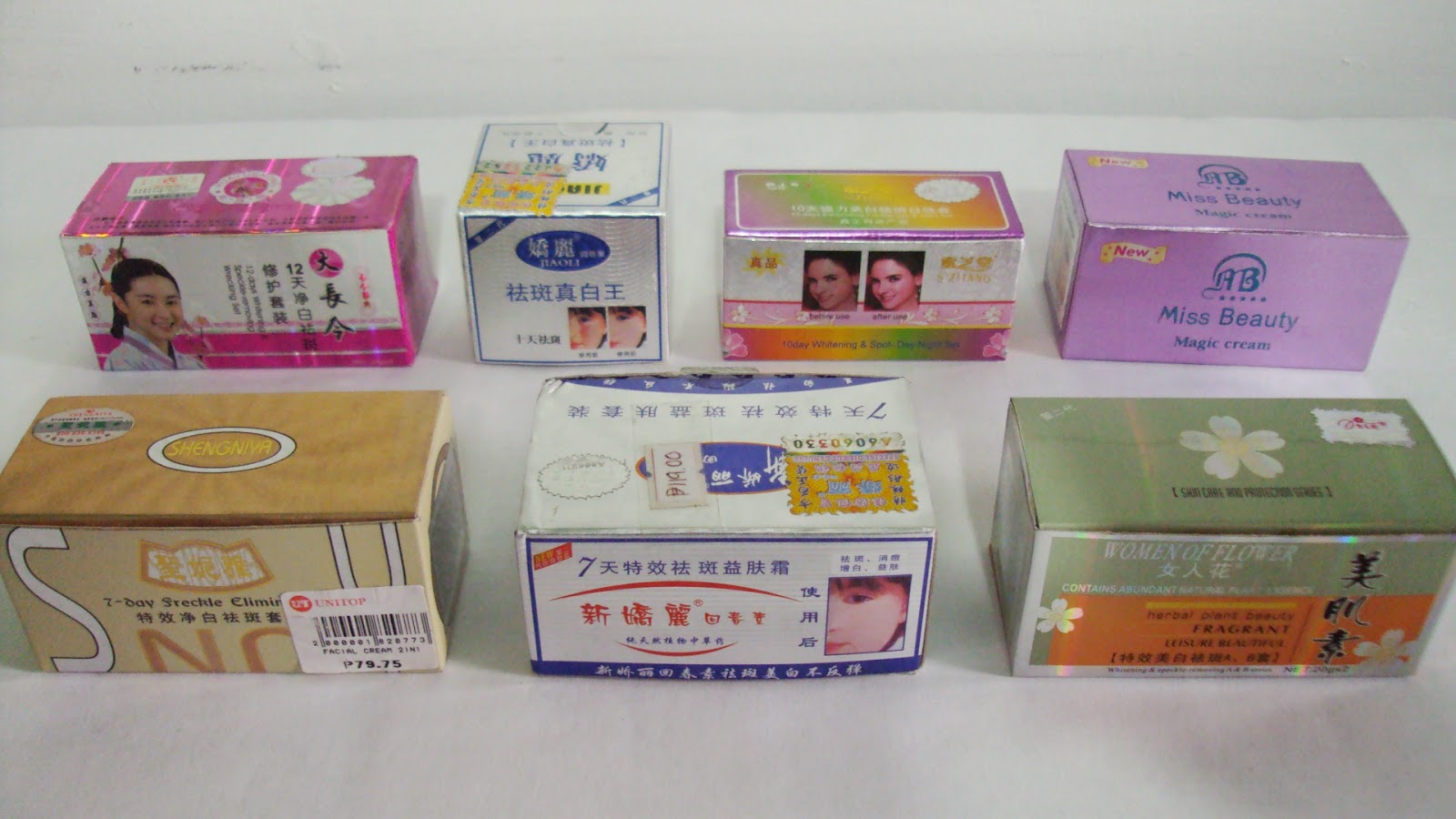 The EcoWaste Coalition expressed optimism that the new data would prompt the Cebu City Council into fast tracking its deliberation and approval of a proposed ordinance authored by Councilor Nida Cabrera to curb the illegal trade of cosmetics laced with toxic mercury in the city.

“The proposed measure, we believe, would deter unscrupulous traders from selling smuggled cosmetics that could put the health and safety of Cebuanos at grave risk,” Lucero added.

The said draft ordinance, if adopted, would prohibit the following:

“a) The manufacture, importation, marketing and promotion, distribution and sale of cosmetics with mercury in excess of 1 ppm as set by the FDA.”

“b) The sale, wholesale or retail, of cosmetics that have not been authorized by the FDA as required by R.A. 9711.”

“c) The sale, wholesale or retail, of cosmetics that have not complied with the labeling requirements implemented by the FDA.”

The ordinance would also provide for the suspension of business license or permit of non-compliant establishments, as well as penalties and fines for violators.

This is really an interesting blog as it focuses on the very important topic. i came to know about so many things or tips.
Welcome to Green Herbz 2014 Potpourri Herbal Spice

This is really an interesting blog as it focuses on the very important topic. i came to know about so many things or tips.
Herbal Potpourri

Great work. Truly speaking I never seen a blog like that. Absolutely superb work. Good luck. Thanks for such an informative post.
herbal incense

What a fantastic blog I have ever seen. I didn’t find this kind of information till now. Thank you so much for sharing this information.
potpourri for sale

Great work. Truly speaking I never seen a blog like that. Absolutely superb work. Good luck. Thanks for such an informative post.
potpourri smoke