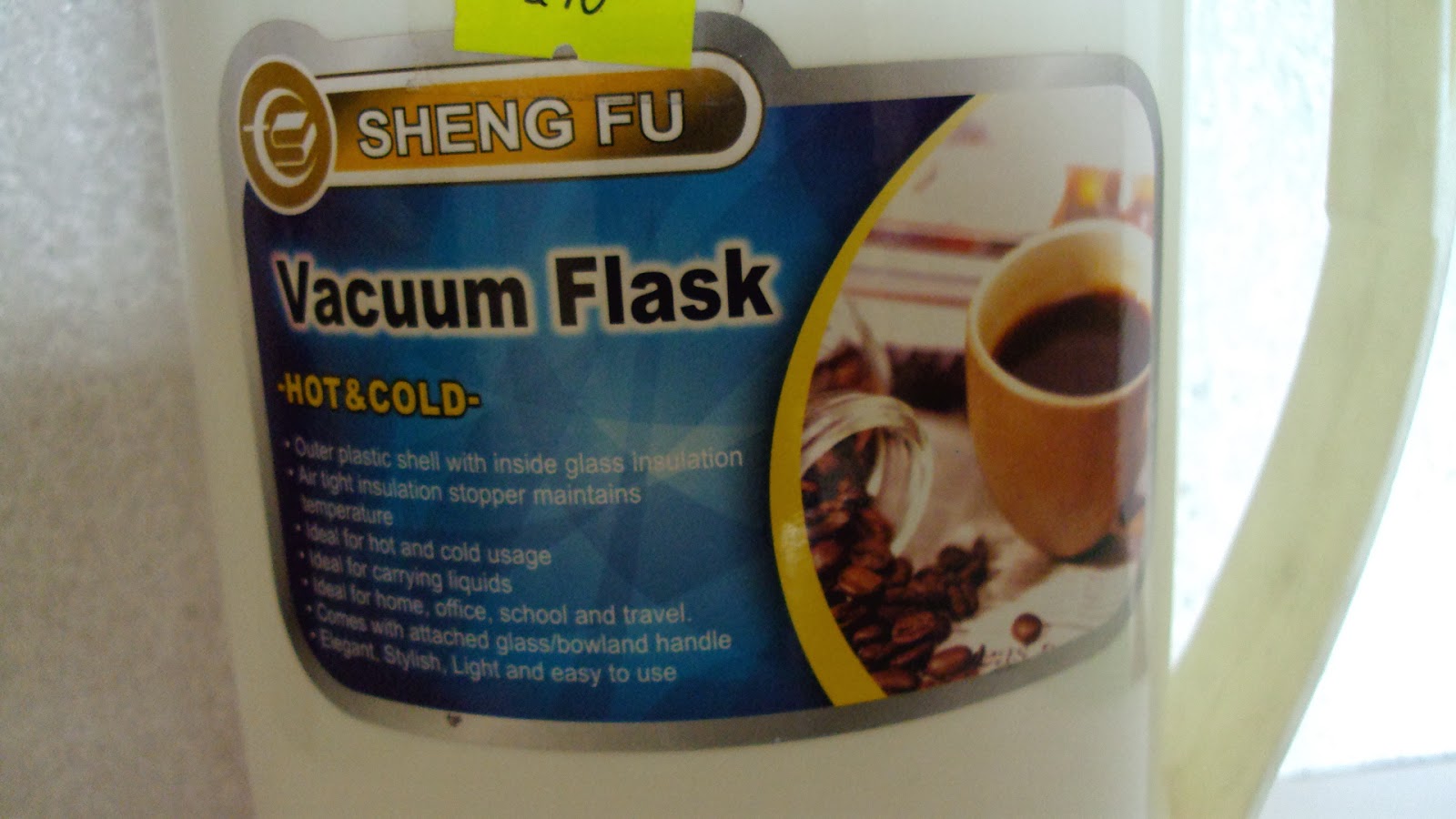 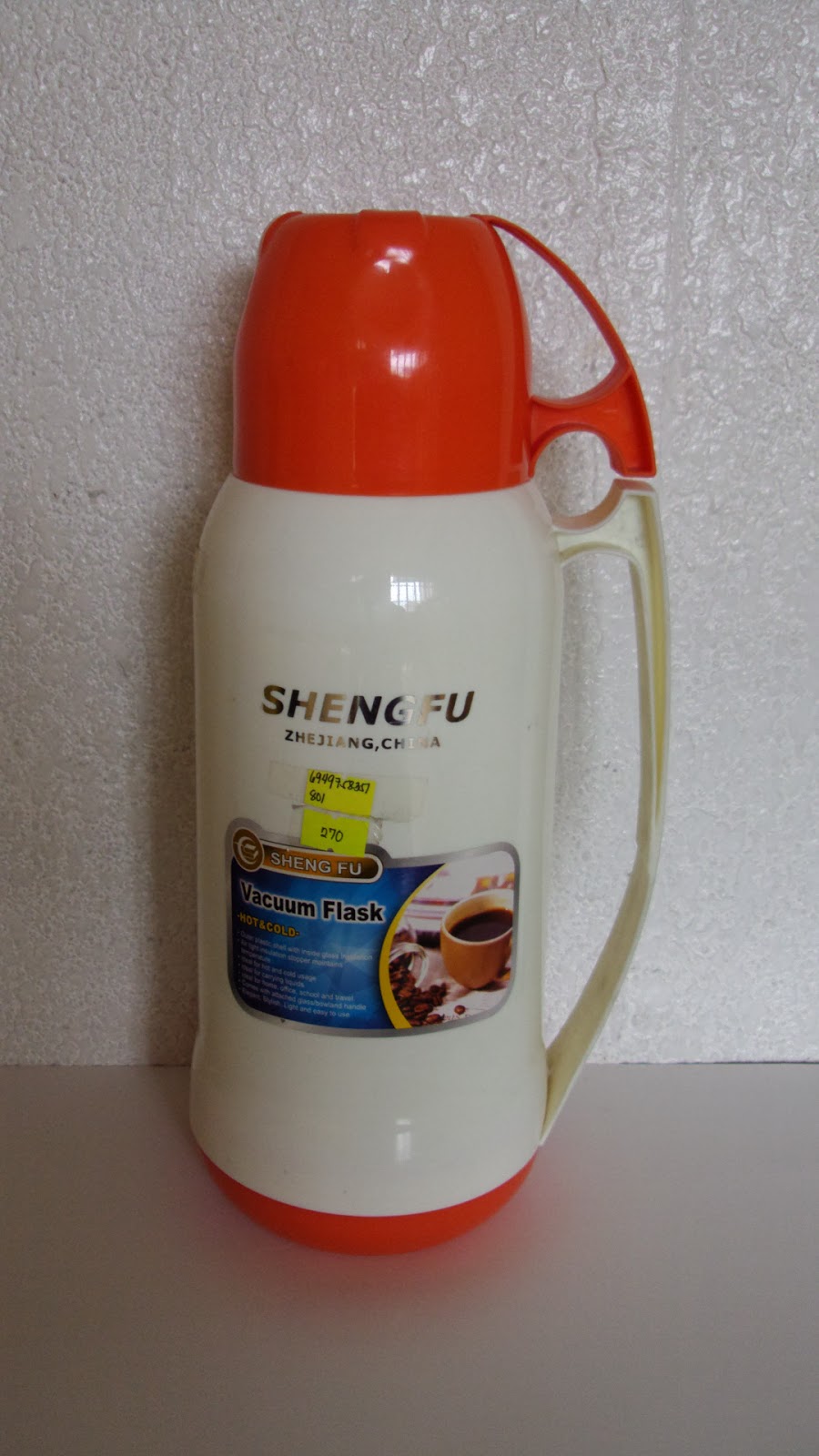 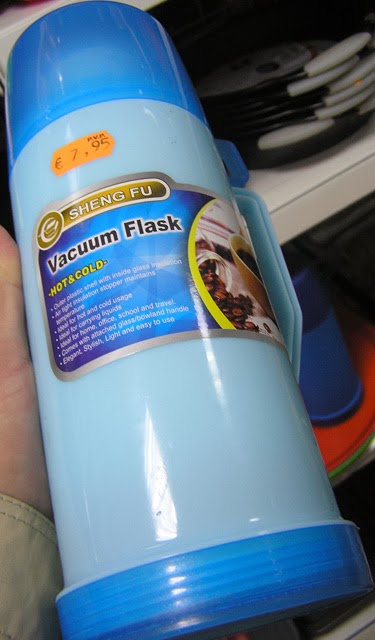 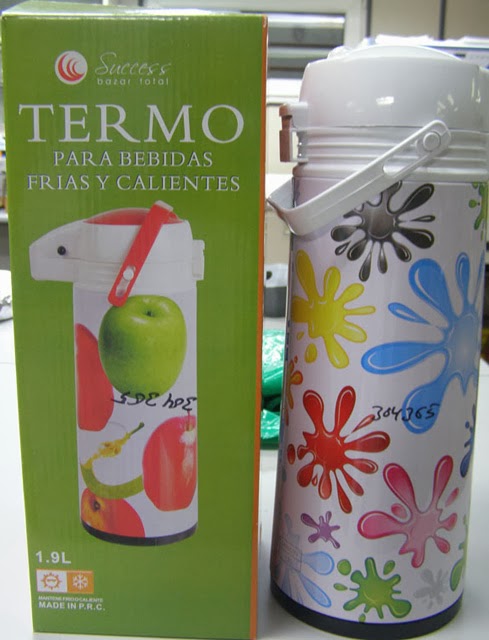 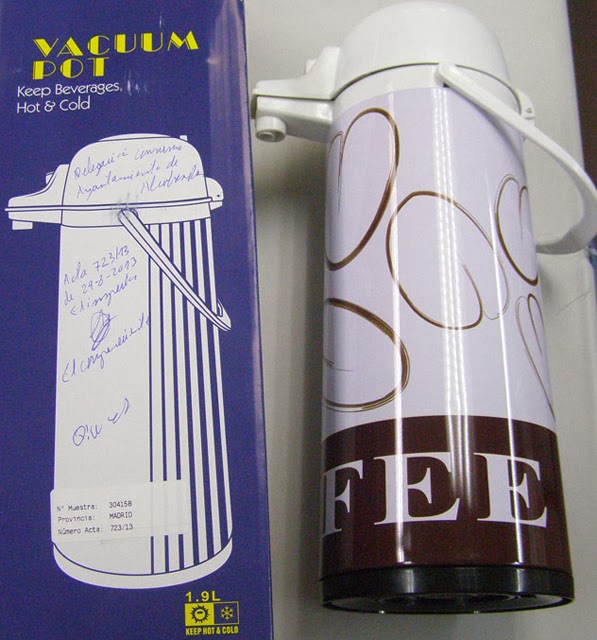 (Top two photos: Sheng Fu vacuum flask purchased at Paco, Manila; other photos of recalled thermos flasks from EU RAPEX's website)
An environmental network and a labor federation today urged the government to take action to eliminate the sale of asbestos-containing consumer products in the market.

In a joint statement, the EcoWaste Coalition and the Trade Union Congress of the Philippines (TUCP) called on the authorities to expand the prohibition on the manufacture, importation, distribution and sale of consumer products that can expose consumers and workers to asbestos, a group of cancer-causing fibrous materials.

According to the World Health Organization (WHO), “all types of asbestos cause lung cancer,  mesothelioma, cancer of the larynx and ovary, and asbestosis (fibrosis of the lungs).”

The appeal was prompted by the EcoWaste Coalition’s discovery of a thermos flask on sale in the local market that was recently banned in Spain due to the presence of asbestos fibres in the dividers of the double glass wall of the product, which could be inhaled and cause cancer if the glass container breaks and the asbestos board pads are handled.

The groups specifically called on the Department of Environment and Natural Resources to revise the Chemical Control Order for Asbestos to make it in sync with the global efforts led by the WHO and the International Labor Organization (ILO) to eradicate asbestos-related diseases.

“Since we now know that all forms of asbestos are carcinogenic to humans, we urge the DENR to duly revise the CCO to ban all uses of asbestos as this is the most effective way of preventing asbestos-related diseases among workers and the general public,” said Allan Tanjusay, Spokesperson of the TUCP.

“We further call on our lawmakers to rally behind the passage of House Bill 2638 that seeks to  minimize hazards to health and safety of workers, their families and the public due to asbestos exposure,” he added.

“Eliminating all uses of asbestos, especially in products used at home, school and workplace, should be urgently done to protect vulnerable sectors such as the children and workers from being exposed to asbestos in products, which are eventually discarded in bins and dumps and further exposing waste handlers and retrievers to sure hazard,” added Thony Dizon, Coordinator of the EcoWaste Coalition’s Project Protect.

Their appeal was driven by the discovery made by the EcoWaste Coalition’s AlerToxic Patroller of China-made Sheng Fu thermos flask on sale in Paco, Manila that was recalled in Spain, according to the European Union’s Rapid Alert System for Non-Food Dangerous Products (RAPEX).

“The product poses a chemical risk because of the presence of asbestos fibres in the separators of the double glass wall of the thermos flask. The product does not comply with the REACH Regulation,” stated the Spanish government as published in RAPEX’s Report 2014-2.

From 2008 to date, Germany, Italy and Spain have recalled 34 types of consumer products due to their asbestos content, including 23 brands of thermos flask. Other asbestos-containing items recalled include 5 sky lanterns, 3 garden torches, a brake pad, a heat radiator and a tea maker.

Citing information from the WHO, the groups said that “more than 107,000 people die each year from asbestos-related lung cancer, mesothelioma and asbestosis resulting from occupational exposure.”

“In addition, several thousands of deaths can be attributed to other asbestos-related diseases, as well as to nonoccupational exposures to asbestos,” according to the WHO.