EcoWaste Coalition Holds Parade to Drum Up Support for Garbage-Free Fiesta, Cites Littering as an Act of Arrogance 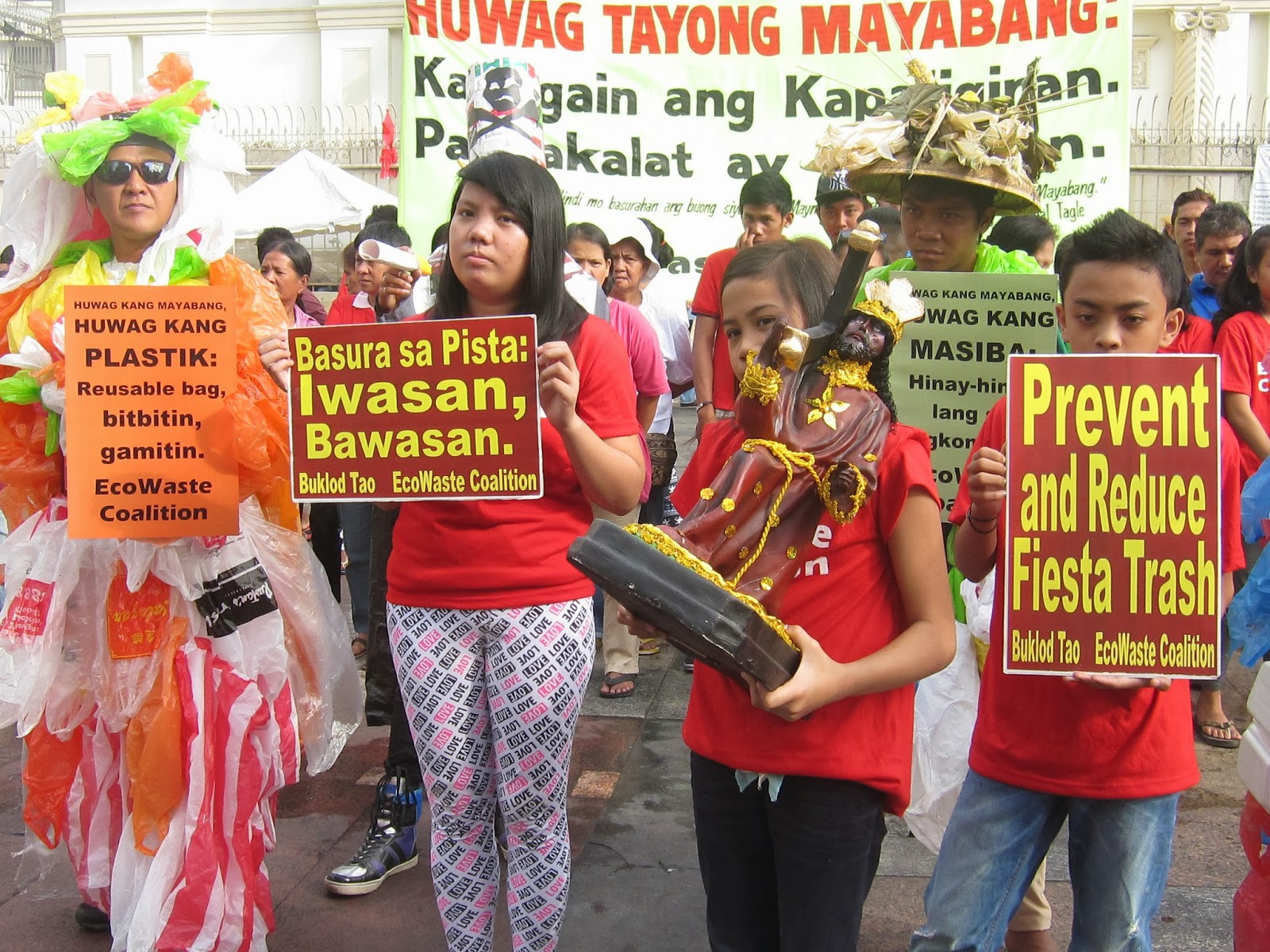 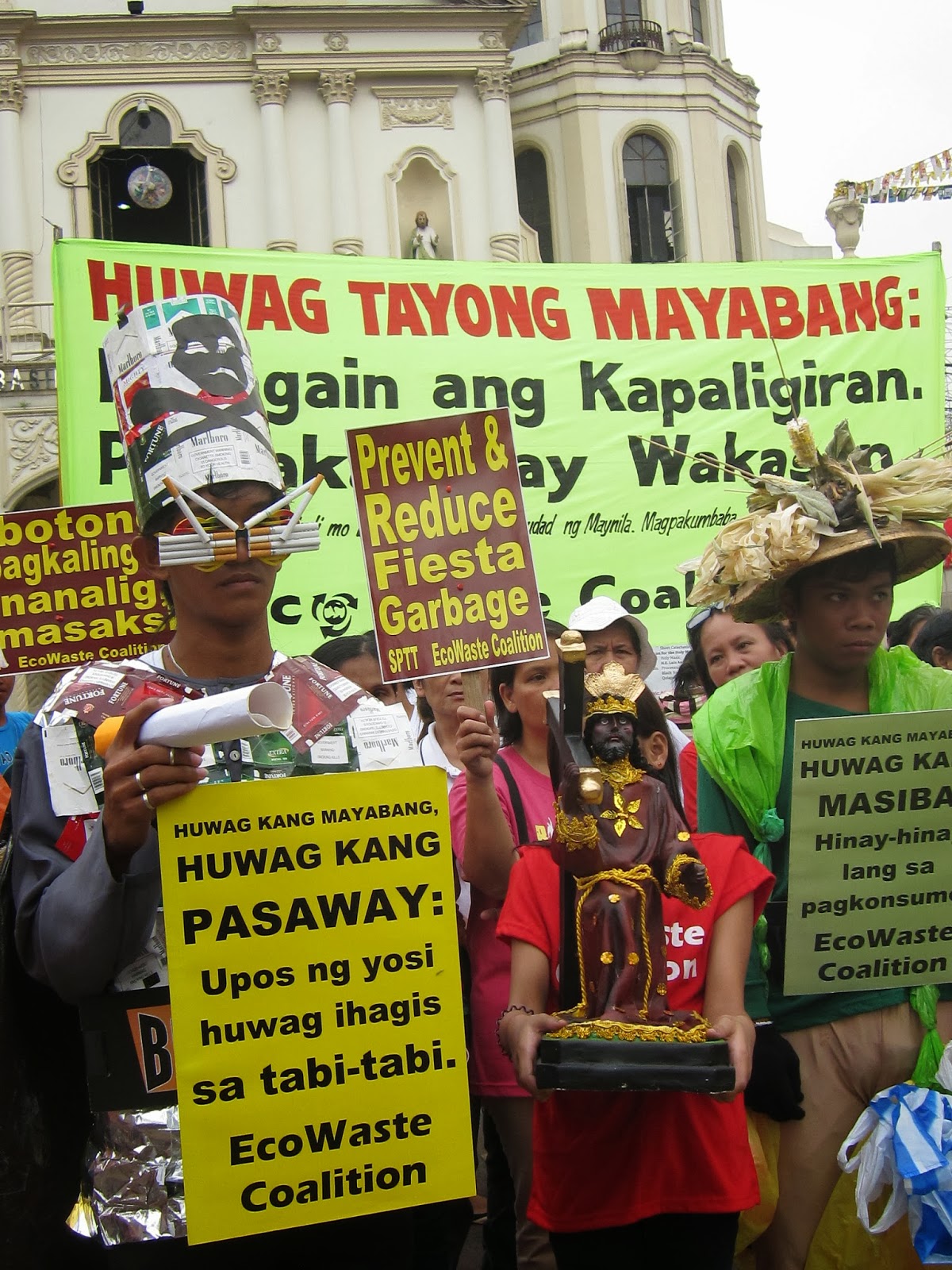 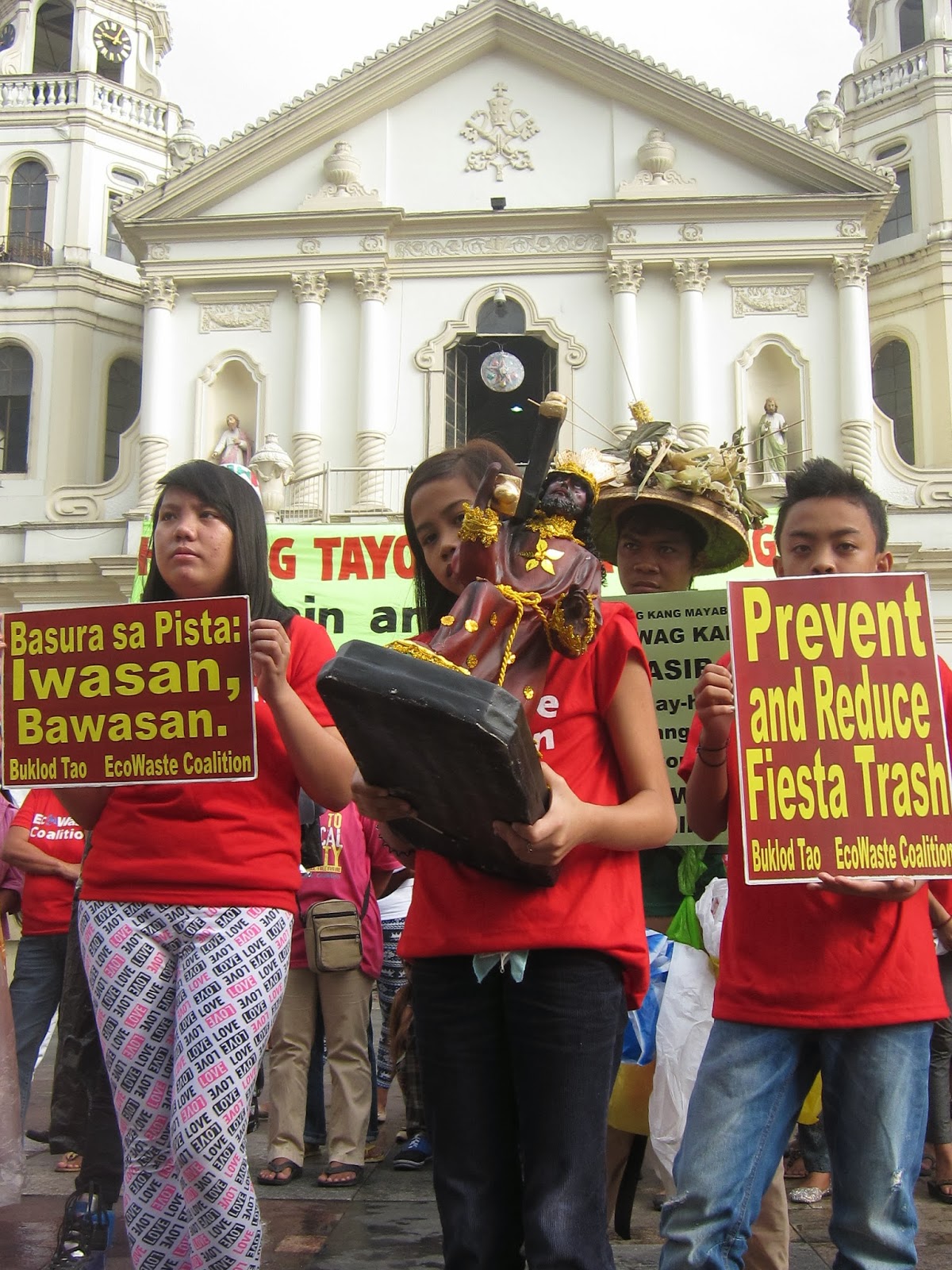 Three days before the massive procession of devotees of the  Black Nazarene, a waste and pollution watchdog organized an environmental parade themed “Huwag Tayong Mayabang” within the vicinity of the Quiapo Church.


The theme “Huwag Tayong Mayabang” was inspired by Luis Antonio Cardinal Tagle who frankly told this reminder to the devotees through one homily: “ Hindi mo basurahan ang buong siyudad ng Manila.  Magpakumbaba, huwag tayong mayabang” (“The entire city of Manila is not your garbage bin.  Be humble, let us not be arrogant”).


“We request the faithful to heed the call for humility to ensure that the route of procession and Quiapo district itself will not again be shrouded in garbage,” said Tin Vergara, Zero Waste Campaigner, EcoWaste Coalition.

Citing data from the Metro Manila Development Authority, the EcoWaste Coalition lamented that the 18-hour procession from Rizal Park to Quiapo Church on January 9, 2013, which drew a mammoth crowd of around nine million people, generated 32 truckload of trash or some 192 tons of assorted discards.

Fearing a repeat of the massive trashing that tarnished the astounding display of Filipino faith and devotion, the group urged the various associations of Hijos del Nazareno and individual devotees to close ranks against littering and other habits that befoul the environment.
“Let us do away with our arrogance and apathy, shun littering and turn this year’s procession as a fitting celebration of our faith and our unity to care for our environment,” she said.

The group assembled in front of the Church holding a big “Huwag Tayong Mayabang” banner to remind devotees who will perform their spiritual vows to exercise humility and not defile the processional trail with garbage like what happened in previous occasions.

To discourage the public from following their arrogant acts, the “basura” monsters held placards with direct to the point messages:

From Plaza Miranda, the group marched through Villalobos, Carlos Palanca, Estero Cegado, Carriedo,  Evangelista and G. Puyat Sts. and then to Quezon Blvd.

The parade culminated with an instantaneous cleanup of Plaza Miranda.
-end-