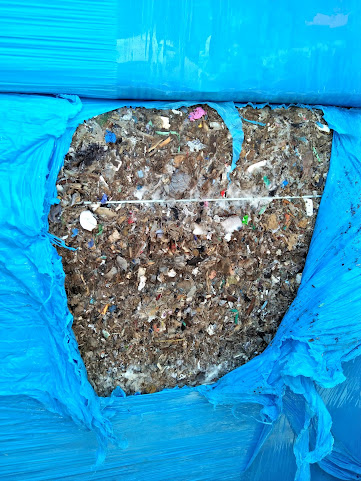 A global environmental health network and its members in Australia, Indonesia, Malaysia and the Philippines have criticized Australia’s continuing exportation of plastic waste that has been rebranded as refuse-derived fuel (RDF).
According to a series of reports published by the International Pollutants Elimination Network (IPEN), Australia’s new waste policies are driving massive investment in plastic waste-to-fuel processing, and that the country’s exports are threatening waste management in ASEAN countries. This is despite the country announcing it would stop exporting unprocessed wastes in 2020, after China and other Southeast Asian countries banned plastic waste imports, starting in 2018.
IPEN said its reports show how Australia, and its waste management industry, are funding and promoting RDF as the next big sink for plastic waste, and how exports of RDF threaten communities across the Asia-Pacific region, despite government attempts to ban plastic waste imports. Further, the group says Australia’s waste policy framework incentivises waste burning ahead of recycling, which leads to a negative impact on both aspirations for a circular economy and climate change commitments.
Speaking on behalf of IPEN and Zero Waste Australia, Jane Bremmer said “Australia has effectively rebranded plastic waste as refuse-derived fuel, so it can continue to trade waste exports,” adding that her country’s stance is undermining the Basel Convention on the Control of Transboundary Movements of Hazardous Wastes and their Disposal, as well as global climate change commitments.
“We are concerned about Australia's ‘trojan horse’ plastic waste policy and the ability of Southeast Asian countries to safely handle refuse-derived fuel wastes,” said Bremmer. “We also want to be clear that burning RDF cannot be considered green, or a low carbon source of electricity or energy. RDF will compete with and displace clean, renewable energy in Australia and the Asia Pacific region, and the lack of any international standards or regulatory framework for its production, trade and use, is a threat to health, environment and human rights, especially in developing countries,” she pointed out.
To better understand the status of waste management across the region, IPEN and its member organizations have investigated Australia’s policy on waste management and exports, and the capacity of Indonesia, Malaysia, and the Philippines to manage residual waste, including imports, and the associated regulatory frameworks and legislation governing RDF use.
The first study describes how new waste laws recently introduced in Australia are driving a push for plastic waste fuel infrastructure, and highlights a number of concerns – namely plans to fund and promote exports of RDF to burn in countries throughout Southeast Asia, perversely as clean and renewable energy. An assessment of the toxicity and health and environmental impacts of RDF are also provided. In addition, IPEN points out that Australia’s Hazardous Waste Amendment Bill, passed in June 2021, failed to reference the new Basel Ban Amendment. In effect, the Australian government wants to retain the domestic legal right to dump wastes on poorer neighboring countries.
The reports for Indonesia, Malaysia, and the Philippines show significant potential, but as yet unquantifiable, risks related to using RDF. The mixed plastic waste in RDF has been shown to contain a range of toxic chemical additives including persistent organic pollutants, heavy metals, and endocrine-disrupting chemicals. When burned as fuel RDF can generate highly toxic dioxins and furans that can contaminate local food chains. Overall, IPEN says the studies show that the burden of RDF imports disproportionately and adversely impacts local communities, their environment and health.
According to Aileen Lucero, National Coordinator for the EcoWaste Coalition: “The findings of this report show that RDF use is increasing in the Philippines. It is contributing to the country’s existing waste trade issues and challenges. Developing countries in ASEAN continue to be the dumping ground of wastes and discards for the developed and industrialized world. This not only exacerbates environmental and health risks but also amplifies the waste crisis facing countries like the Philippines.”
“Although the Australian government announced its waste export ban in 2020, to our dismay the country continues to export its waste as a ‘fuel product’. Australia will be circumventing its own waste export ban by shipping these as ‘energy-from-waste’ products to other regions,” said  Mageswari Sangaralingam, Senior Research Officer for Consumers Association of Penang, Malaysia.
For her part, Yuyun Ismawati, Co-Founder of Nexus 3 Foundation, Indonesia, warned that: “Indonesia’s rush to invest in numerous RDF facilities signals a major pollution threat. Dressing up the RDF-burning industry as a climate pollution champion through co-firing and a key solution to our country's waste management and energy crisis is perverse in the extreme.”
IPEN is recommending the following steps to tackle the plastic waste fuel/RDF trade:
For further information on the studies, their findings, and a description of RDF, please refer to the following:
Email Post