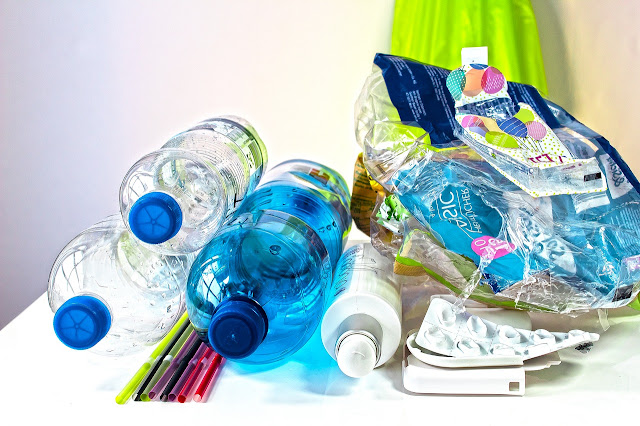 The immediate resolution of a landmark plastic pollution lawsuit filed last October 27 by members of the civil society to compel the government to act on non-environmentally acceptable products and packaging (NEAPP) has received a chorus of approval from environmental health organizations.
It will be recalled that last December 7, the Supreme Court (SC) issued the Writ of Kalikasan and the Writ of Continuing Mandamus for the government’s non-implementation of the NEAPP provisions of Republic Act 9003, or the Ecological Solid Waste Management Act of 2000, as sought by 52 petitioners from the civil society, including the Quezon City-based Oceana Philippines, Puerto Princesa City-based Environmental Legal Assistance Center (ELAC), Davao City-based Interfacing Development Interventions for Sustainability (IDIS), and Cebu CIty-based Philippine Earth Justice Center (PEJC).
Under Section 29 of RA 9003, the National Solid Waste Management Commission (NSWMC) is tasked to prepare a list of non-environmentally acceptable products one year after the law has taken effect.  Section 30 of the law bans commercial establishments from selling or conveying products placed, wrapped or packaged in non-environmentally acceptable packaging after the phase-out period.
“The petitioners welcome and consider the resolution and the immediate action by the SC meaningful in the imperative fight against the plastic crisis. The issuance of the writs by the SC, and the referral to the Court of Appeals for hearing and reception of evidence, is indication that the Court stands by its affirmed human stewardship of the planet,” declared Atty. Camille Parpan, counsel for the petitioners.
Atty. Grizelda Mayo-Anda, Executive Director of ELAC, noted that "while Palawan and other parts of the country are still reeling from the adverse effects of typhoon Odette, the SC's issuance of the writs of Kalikasan and Mandamus are truly wonderful news for ELAC and other colleagues as it gives us hope and strength to push government to perform its mandate under RA 9003 and other implementing regulations.”
“We hope that the government agencies will seriously take the needed action to comply with our laws.  There is urgency in the implementation of the NEAPP provisions in our law as this has been long overdue,” she emphasized.
"IDIS welcomes the decision of the Supreme Court as we continue to fight against the plastic crisis,” said Atty. Mark Peñalver, Executive Director of IDIS.  “As an NGO working towards the protection and sustainable management of the watersheds in South-Central Mindanao, we saw how plastic pollution affects our watersheds and our water sources and endangers wildlife and their habitats. IDIS, along with our partners, was successful in lobbying for the regulation of single-use plastics in Davao City.”
“However, without clear guidelines from the National Government, the LGUs can only do so much within its authority. Thus, this case is of significant interest in our fight against the plastic crisis as this will set a precedent to future policies especially to the LGUs,” he clarified. “This decision by the SC reaffirms the right of the people to a balanced and healthful ecology."
Other environmental health organizations also lauded the said SC resolution, which, according to petitioner Atty. Gloria Estenzo Ramos of Oceana Philippines, “sets a solid foundation and precedent upon which we can build our collective efforts to battle the plastic crisis.”
“Amid the climate emergency crisis marked by more frequent extreme weather events like the devastating Typhoon Odette, we laud the SC for acting fast on the plastic pollution lawsuit filed by civil society petitioners. Coming from a climate disaster prone community, we fully see the urgency of identifying and phasing out NEAPP that contribute to the degradation and pollution of our natural environment. Had the NSWMC complied with the requirements of RA 9003 on the listing and eventual phase-out of NEAPP 20 years ago, our struggle toward a zero waste and non-toxic economy would have been more within our reach,” observed Noli Abinales, President, Buklod Tao, Inc.
"We welcome the SC's resolution on the groundbreaking plastic pollution lawsuit filed by the civil society.  This we hope will lead to industry switching to clean production and sustainable product redesign in order to replace hazardous chemicals in the manufacture of goods and their packaging, so they can be safely used, reused or recycled.  The issuance of the long awaited NEAPP list will be good for the people and the planet, and will be profitable for business in the long run," said Sonia Mendoza, Chairman, Mother Earth Foundation (MEF).
The waste and pollution watchdog group EcoWaste Coalition had earlier commended the SC for its immediate action, which will obligate the NSWMC to implement the NEAPP provisions of RA 9003. “This will hasten our nation's quest toward a zero waste and toxic-free circular economy," stated Aileen Lucero, National Coordinator of the EcoWaste Coalition, which includes Buklod Tao, ELAC, IDIS, MEF and PEJC among its over 150 member groups.
Reference:
Email Post

Shoaib Boss said…
This is very interesting and useful information.
I am grateful that you have shared this useful knowledge with me.
Keep us informed in this way.
Thanks for sharing.
transmac crack
paragon ntfs crack
movavi video suite activation key
apache openoffice crack
piriform recuva pro crack
Friday, February 11, 2022

dad said…
Excellent article. The writing style which you have used in this article is very good and it made the article of better quality.
Sehat Wahyu
diabetic pain
Mental Health

BEST AND LEGIT HACKERS said…
Hello everyone. DARK WEB CYBER HACKERS are the best. They changed my life back in 2020 when i had no money to take care of things, i met them online while browsing on the internet one night , i went to there website ( https://darkwebcycberhackers.com ) and i pick one of there hack, it was not easy getting the $500 they requested to get me $5,000 to be honest. But, as soon as i got that fee four days later and paid them, in less than 45 minutes, i was at the nearest shop cashing out $5,000 and the journey from then on became smooth, DARK WEB CYBER HACKERS changed my life from a lowlife to a responsible family man because i was willing to take the risk. Thank you so much DARK WEB CYBER HACKERS, am still grateful till today. If you are in this situation right now, or you need urgent money to pay bills, buy a car, buy a house or start up your own business, you could email them on darkwebcyberhackers@gmail.com and you could also Whatsapp or Call/text them on this number +18033921735
Friday, February 11, 2022


Looking for straighten teeth and a perfect smile but don’t want metal braces, ceramic braces or lingual braces??? Don’t worry!!!! We can straight teeth without wires. Let your smile shine all life Long. Aligners is the best Innovation in Orthodontic Dentistry.

Cash backnear me said…
How many times have you wondered if there was an easier way to get cash back on your purchases? Maybe you are wondering how you would get all the things done on your daily to-do list, maybe that’s why you’re reading this article. Fortunately, there are a few ways to make this happen and make it easy for you to get cash back near me on things you already buy, such as groceries and gas.
Cash backnear me
Wednesday, March 09, 2022