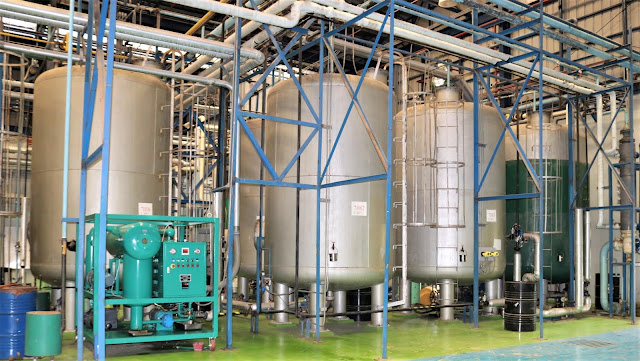 The EcoWaste Coalition has welcomed the move by the Department of Environment and Natural Resources (DENR) and the Environmental Management Bureau (EMB) to resume the operations of the country's lone accredited treatment facility for safely destroying a group of highly toxic industrial chemicals known as polychlorinated biphenyls (PCBs).

PCBs, one of the original 12 persistent organic pollutants (POPs) targeted for reduction and eventual elimination under the Stockholm Convention, were widely used in the past as dielectric and coolant fluids, especially for old electrical transformers, capacitors, voltage regulators, liquid filled circuit breakers and other equipment.
“The resumption of operations of the non-combustion treatment facility for PCBs in Mariveles, Bataan is welcome news as our nation determinedly work to comply with the requirements of the Stockholm Convention, which our government ratified in 2004 in order to protect our people’s health and the environment from POPs,” said Jover Larion, Safe PCB and E-Waste Management Campaigner, EcoWaste Coalition.
The facility is operated by the Natural Resources Development Corporation (NRDC), DENR’s corporate arm. It was constructed with support from the Global Environment Facility (GEF) and United Nations Industrial Development Organization (UNIDO).
Last April 12, the DENR-EMB announced that the Non-Combustion Destruction Facility for POPs, or the Non-Com POPs Facility, has resumed operations following an upgrade made possible through the UNIDO/DENR/GEF project entitled “Implementation of PCB Management Programs for Electric Cooperatives and Safe E-Wastes Management.”
The facility can treat PCB oil and distribution transformers with concentration up to 10,000 ppm. Currently, the cost of treatment for PCB-containing oil and equipment from electric cooperatives are being subsidized under the said project.
“We urge public and private entities to avail of the services of the facility to safely treat and eradicate their stockpiles of PCBs,” said Larion, noting that the facility can also assist PCB owners in the decanting, hauling and disposal of their inventories.
In line with RA 8749, or the Clean Air Act, the facility applies a closed loop, non-incineration, sodium-based dechlorination technology for PCB destruction, which is capable of reducing the concentration of PCB oil down to 2 ppm. The technology has a total destruction efficiency approaching 100% to prevent the uncontrolled release of by-product POPs such as dioxins.
While the Philippines has not manufactured PCBs, it has accumulated a significant amount of PCB-containing equipment and wastes from past importation of electrical transformers, most of which are to be found in electric cooperatives, power plants, and in commercial, manufacturing and industrial facilities.
The Stockholm Convention, which entered into global force on May 17, 2004, banned the production of PCBs but gave countries until 2025 to take action to phase out the use of equipment containing PCBs and until 2028 to treat and eliminate recovered PCBs.
For more detailed information on the Non-Com POPs facility, please send inquiries to pcbmanagement.nrdc@gmail.com.