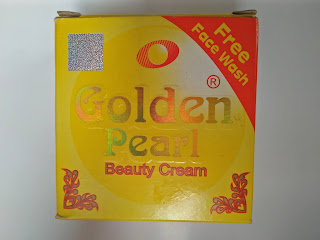 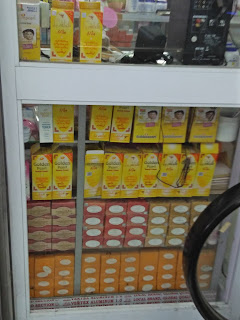 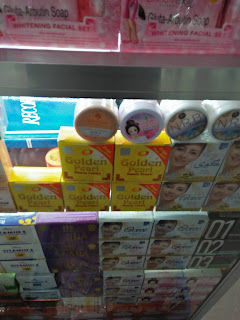 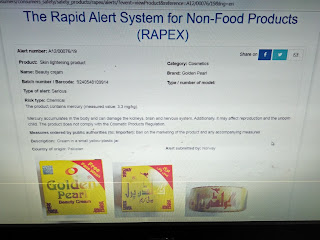 The group, which has been tracking mercury-added products (MAPs) such as skin whitening creams, expressed the urgency for immediate law enforcement activities to prevent further distribution and use of such health and environmentally-damaging cosmetic, which the Food and Drug Administration (FDA) banned way back in 2014.

“The sale of Golden Pearl and other mercury-tainted skin whitening creams in the bustling malls known for selling cheap electronics, garments, and other consumer products is deeply worrisome as these cosmetics are hazardous to human health,” he said.

The Norwegian government recently banned the marketing of Golden Pearl Beauty Cream for containing mercury and for not complying with Cosmetic Products Regulation.

According to a notification submitted by Norway and published last Friday at the European Union’s Rapid Alert System for Non-Food Products (RAPEX), “mercury accumulates in the body and can damage the kidneys, brain and nervous system. Additionally, it may affect reproduction and the unborn child. “

The EcoWaste Coalition also found other products already banned by the FDA due to their mercury content being sold in the area, including Collagen Plus Vit E, Jiaoli, Goree, and S’Zitang skin whitening creams.

The continued sale of mercury-added skin whitening cosmetics goes against the 2020 phase-out of such products under the Minamata Convention on Mercury, as well as the ban on cosmetics with mercury in excess of one part per million (ppm) that is being followed by ASEAN member states, including the Philippines, the group said.

For consumer health and safety, the group urged users to stop the use of mercury-added cosmetics and to visit licensed dermatologists for proper advice.

“Adverse health effects of the inorganic mercury contained in skin lightening creams and soaps include: kidney damage, skin rashes, skin discoloration and scarring, reduction in the skin’s resistance to bacterial and fungal infections, anxiety, depression, psychosis and peripheral neuropathy,” according to the World Health Organization (WHO).

“Mercury in soaps, creams and other cosmetic products is eventually discharged into waste water. The mercury then enters the environment, where it becomes methylated and can enter the food chain as highly toxic methylmercury in fish,” said WHO.

WHO has warned that “pregnant women who consume fish containing methylmercury can transfer the mercury to their fetuses, which can result in neurodevelopmental deficits in the children.”