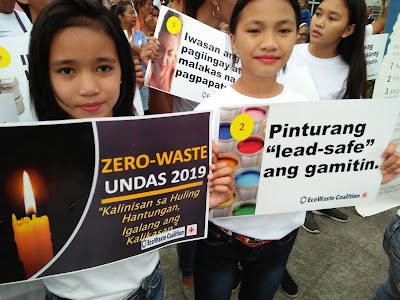 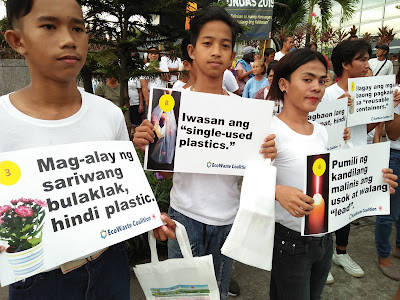 A waste and pollution watchdog group has enjoined visitors to two of Metro Manila’s biggest and busiest cemeteries to heed the appeal made by Mayor Isko Moreno for a clean observance of Undas.

Moreno sought the cooperation of the public in keeping the city-managed Manila North and South Cemeteries clean as he urged everyone not to litter or leave their discards behind when they visit the tombs of their deceased relatives this Friday or Saturday.

“The mayor has spoken.  We hope the people will listen and take his guidance to heart.  Let us support the efforts of the Manila city government to make this year’s observance of Undas a pleasing occasion for both the living and the dead through reduced garbage generation and disposal in cemeteries,” said Jove Benosa, Zero Waste Campaigner, EcoWaste Coalition.

“Unlike in previous years, we hope that visitors this time around will show more respect to the dead and give up bad habits that dirty and pollute their resting places,” he said.

Topping the list of these disrespectful and polluting acts committed while visiting the dead include throwing garbage indiscriminately, open burning, smoking and vaping, urinating and even defecating in public, the group said.

“We appeal to everyone not to leave your rubbish in the cemetery.  It’s not OK to leave the cemetery in a mess. As should be expected, you have to pick up after yourself and not pass on the burden of cleaning up your own mess to others,” Benosa pointed out.

Borrowing words from Kalookan Bishop Pablo Virgilio David, Vice President of the Catholic Bishops' Conference of the Philippines (CBCP),  Benosa reiterated that "cemeteries are a hallowed ground, not a dumping ground for leftovers and disposables."

To prevent and reduce waste and pollution in the cemeteries, the EcoWaste Coalition reminded the public to observe the following:

1. Don’t litter, dump or burn trash in the cemetery.

2. Offer local fresh flowers, not plastic ones, and refrain from wrapping them in plastic.

3. Pick clean-burning candles, and shun those with poisonous lead-cored wicks.

7. Don’t smoke or vape in the cemetery.

8. Bring all discards home, including leftovers, and do not leave any trash behind.

“With the cooperation of all sectors, including the local authorities, cemetery administrators, food concessionaires, street vendors and the general public, we can reduce the volume of Undas trash and avoid another garbage overload in our jam-packed cemeteries ,” the EcoWaste Coalition said.