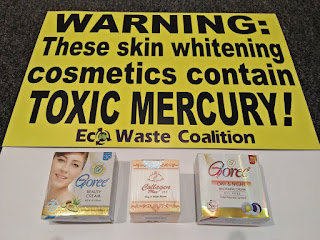 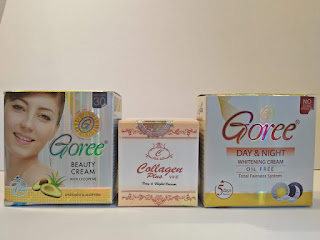 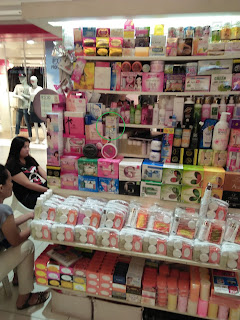 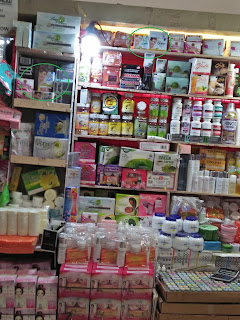 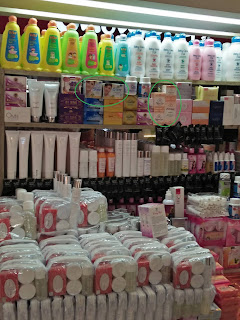 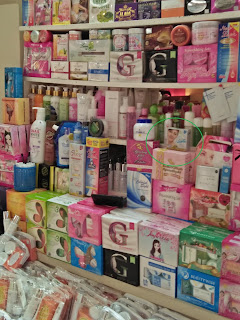 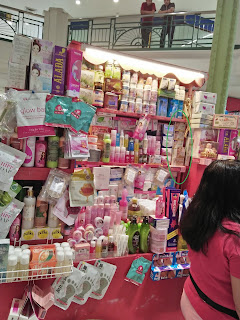 An environmental and health watchdog group has cautioned consumers against buying skin whitening products that the Food and Drug Administration (FDA) had already banned way back in 2017 for containing mercury, a highly toxic chemical.

“Consumers should heed FDA’s public health advisories and not waste their money buying these poisonous skin whitening products.  Repeated application of such cosmetics may result in chronic exposure to mercury and cause damage to the brain and the central nervous system, the kidneys and the skin itself,” said Thony Dizon, Chemical Safety Campaigner, EcoWaste Coalition.

“As mercury can cross the placental barrier, we strongly advise pregnant women not to use mercury-contaminated products to protect themselves and the babies in the womb against this toxic substance,”  he pointed out.

The FDA through Advisory 2017-289 banned Goree Beauty Cream and Goree Day & Night Beauty Cream from Pakistan for containing toxic mercury levels beyond the one part per million (ppm) maximum limit under the ASEAN Cosmetic Directive.

According to the FDA, “adverse health effects brought about by highly toxic mercury in cosmetics products include kidney damage, skin rashes, skin discoloration and scarring. Chronic use reduces the skin’s normal resistance against bacterial and fungal infections. Other effects include anxiety, depression or psychosis and peripheral neuropathy.”

“The transfer of mercury to fetuses of pregnant women may manifest as neurodevelopment deficits later in life,” it further warned.

Collagen Plus Vit E Day & Night Cream is among the 85 unnotified cosmetics cited in FDA Advisory 2017-314.  According to the FDA, “potential hazards may come from ingredients that are not allowed to be part of a cosmetic product or from the contamination of heavy metals such as mercury especially in whitening cosmetic products."

Chemical screening conducted by the EcoWaste Coalition indicated high concentrations of mercury up to over 20,000 ppm in Goree products, while mercury in samples of Collagen Plus Vit E had more than 10,000 ppm.

To protect public health and the environment, the EcoWaste Coalition urged the city government to prioritize the enactment of an ordinance banning and penalizing the manufacture, importation, distribution and sale of mercury-containing cosmetics such as skin whitening creams and soaps.

The group also suggested that mall management should monitor and control products being sold by their tenants to ensure that adulterated, banned and counterfeit products are not offered for sale in their premises.

“The full cooperation of all stakeholders, including national and local governments, industries, commercial establishments, consumers, civil society and the media, is essential to rid the market of skin whitening cosmetics laden with mercury in line with the country’s National Action Plan for the Phase-Out of Mercury-Added Products,” Dizon said.

“We will continue to raise public awareness and alertness on mercury-added products and the risks associated with mercury exposure, especially among the vulnerable groups such as children, women of child-bearing age and the workers, and support the country's ratification and implementation of the Minamata Convention on Mercury ” he added.

Peter short said…
I was looking at some of your posts on this website and I conceive this web site is really instructive! Keep putting up..
ビタブリッドCフェイスを実際に使ったリアルすぎる口コミ