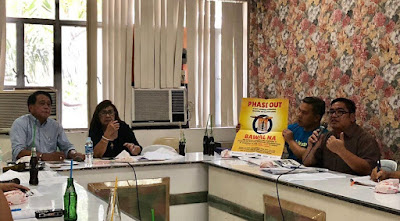 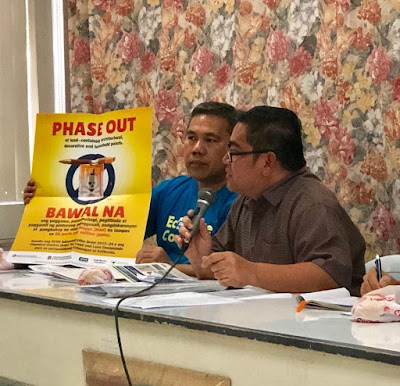 Davao City/Quezon City.  The Davao City Council received two thumbs up from environmental health groups for enacting an ordinance that will make the purchase and use of lead-containing paints a thing of the past.

The Interface Development Interventions (IDIS) and the EcoWaste Coalition lauded the City Council for its unanimous approval on June 5, World Environment Day, of an ordinance “requiring the use of lead safe paints in construction, maintenance and renovation projects and activities.”

“We commend the City Council, particularly Councilors Pilar Braga and Jimmy Dureza who jointly sponsored the ordinance, for adopting this progressive measure that will prevent and reduce health and environmental hazards associated with the use of lead-containing paints.  This legislation is needed to protect Davaoeños and our shared ecosystems from the damaging effects of lead pollution,” said Chinkie Peliño-Golle, Executive Director of Davao City-based IDIS.

“Kudos to Davao City for being the first local government unit (LGU) in the country to pass a policy requiring the mandatory procurement and use of lead safe paints. This will surely catch the attention of other cities and municipalities and hopefully pave the way for the enactment of similar ordinances to safeguard the society, especially children, women and workers, from harms caused by lead paint and dust,” said Aileen Lucero, National Coordinator of the Quezon City-based EcoWaste Coalition.

Lead-containing paint and dust are major sources of lead exposure among children that can damage almost every organ and system of the human body, especially the brain and the central nervous system, the groups said.

Also, lead discharged into the environment makes its way into the air, land, and water.  Painting activities, particularly the haphazard removal of lead painted surfaces, release lead particulates that can contaminate surface runoff and drinking water supplies.  Lead deposited in soils may be retained for up to 2,000 years and can be absorbed by plants through their leaves and roots, posing risks to the ecosystems and human health.

The said ordinance is in line with Memorandum Circular 2018-26 issued by Department of Interior and Local Government (DILG) OIC-Secretary Eduardo M. Año, which directs the country’s LGUs to “support the phase-out of lead-containing paints and eventually reduce the hazards and risks posed by such paints to human health."

Among the acts prohibited under the ordinance are:

--- procuring paints containing lead above the regulatory limit of 90 parts per million (ppm);
--- purchasing paints that lack independent proof of compliance with regulatory standard;
--- receiving and applying donated paints that are not compliant with the lead paint regulation; and
--- using lead-containing paints in decorating public facilities and amenities such as schools, day care centers, children’s parks and playgrounds, health centers, sports complexes and multi-purpose covered courts.

The ordinance will also require protective measures to be taken when surfaces previously coated with lead paint are disturbed during repair, remodeling or repainting activities to prevent and control the formation and dispersion of lead-containing paint chips and dust.