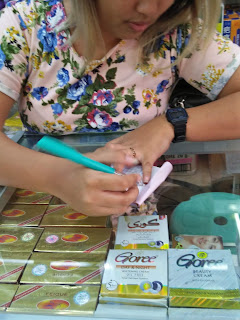 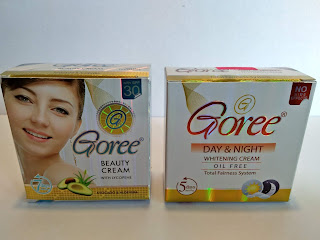 The achievement of customs authorities in blocking the entry of mercury-containing skin whitening cosmetics has not gone unnoticed.

“Our customs inspectors deserve a pat on the back for intercepting these mercury-tainted Goree products that are banned in the Philippines, as well as in Brunei and Singapore, due to their mercury content,” said Thony Dizon, Chemical Safety Campaigner, EcoWaste Coalition.

“The seizure of these dangerous goods before they are distributed in retail outlets across the country strikes a major blow against unscrupulous merchants that should prompt them to cease their unlawful business,” he pointed out.

Product test buys conducted by the EcoWaste Coalition this year confirm the illicit sale of the said Goree products in Metro Manila, Davao City, and Puerto Princesa City despite being banned by the Food and Drug Administration in October 2017.

“We hope customs authorities will dig dipper into this smuggling case and prosecute the culprits to finally put an end to this illegal trade that adversely impacts on human health and the environment,” he further said.

“It is important to pinpoint the source of these illegal shipments in UAE with the help of the Philippine Embassy in Abu Dhabi and the local authorities,” he emphasized.

“As Balikbayan boxes were used to ship the banned items to Manila, we find it necessary for the government to reach out to courier service providers and overseas Filipinos to inform them about the prohibition on Goree and other banned products and the fines and penalties awaiting violators,” he added.

The EcoWaste Coalition also urged the BOC to keep the confiscated products out of landfills and incinerators to prevent mercury releases to the environment.

The group reiterated the information from the US Environmental Protection Agency warning that: “Once landfilled, mercury from the products may end up in groundwater, and potentially in sources of drinking water.  Once incinerated, mercury may end up in the air.”

Mercury, a toxic metal prohibited in cosmetic formulations, can cause skin blotching, discoloration, and rashes, decrease dermal resistance to bacterial and fungal infections, and result in damage to the brain and the nervous, digestive and renal systems, the EcoWaste Coalition said.

The Minamata Convention on Mercury, which the Philippines has yet to ratify, seeks to protect human health and the environment from anthropogenic emissions and releases of mercury and mercury compounds, including those from mercury-added products such as skin lightening creams and soaps.

Are you tired of seeking loans and Mortgages,have you been turned down constantly By your banks and other financial institutions,We offer any form of loan to individuals and corporate bodies at low interest rate.If you are interested in taking a loan,feel free to contact us today,we promise to offer you the best services ever.Just give us a try,because a trial will convince you.What are your Financial needs?Do you need a business loan?Do you need a personal loan?Do you want to buy a car?Do you want to refinance?Do you need a mortgage loan?Do you need a huge capital to start off your business proposal or expansion? Have you lost hope and you think there is no way out, and your financial burdens still persists? Contact us (gaincreditloan1@gmail.com)