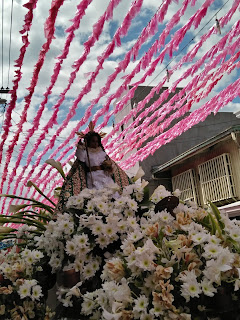 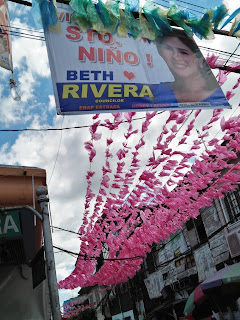 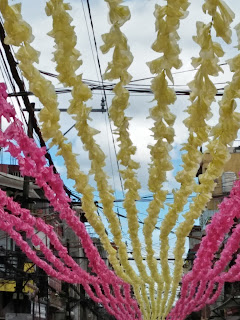 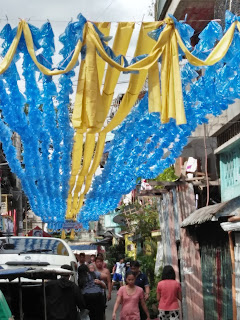 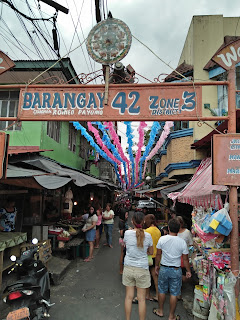 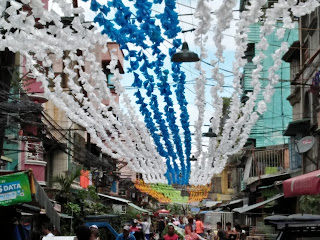 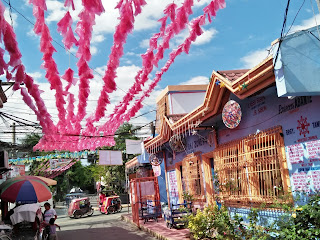 As the popular feast of the Santo Niño is celebrated in Pandacan today and in Tondo next Sunday, a waste and pollution watch group appealed to barangay leaders and residents to minimize, if not eliminate, the unbridled use of wasteful fiesta garlands.


Commonly known as “banderitas” or “lastay,” the fiesta buntings have become an environmental nuisance with the thoughtless use of new single use plastic bags and other disposable plastics that only add to the fiesta garbage, the EcoWaste Coalition pointed out.

The group’s Basura Patrollers yesterday visited the Pandacan and Tondo districts and were again appalled to witness the out-of-control use of plastic bags and other disposable buntings to decorate streets and alleys.

“We are disappointed with the wild use of plastic buntings in Pandacan and Tondo as if the city of  is not facing any garbage problem.  The fiesta buntings are like litter in the sky that will surely end up being hauled to the Vitas Marine Loading Station in Tondo for final disposal at the Navotas landfill,” said Daniel Alejandre, Zero Waste Campaigner, EcoWaste Coalition.

“It’s only few days after Manila’s Department of Public Services collected 75 truckloads of trash (approximately 385 tons) during the recently held feast of the Black Nazarene, and the city’s waste and sanitation personnel are already bracing for another fiesta-related garbage challenge,” he added.

The group has insisted that fiesta banderitas have no aesthetic, functional or spiritual value and contribute nothing but residual garbage that could even contaminate the oceans and harm aquatic life.

The super light plastic bags are very problematic as these are easily blown away to canals and esteros and into the and , contributing to the worsening marine litter, the group said.

“Do we really believe plastic bag banderitas add color, joy and meaning to the celebration of the feast of the Holy Child?,” Alejandre asked.

“It’s high time that we put a cap on non-essential uses of plastics such as the wild use of plastic bags as fiesta buntings,” he emphasized.

With the global plastics crisis worsening, the EcoWaste Coalition urged the churches, local authorities and communities to switch to zero waste celebrations and rally behind the enforcement of stringent policies to prevent and reduce plastic garbage such as Manila City Ordinance 8282.

It cited the resolution adopted by the United Nations Environment Assembly last December 2017 calling for accelerated action and strengthened partnerships to combat the spread of marine plastic litter and microplastics.