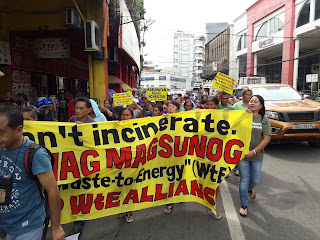 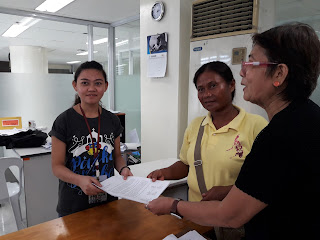 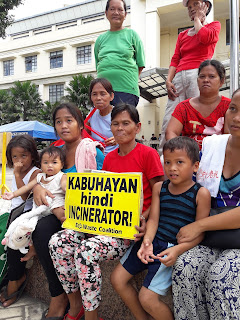 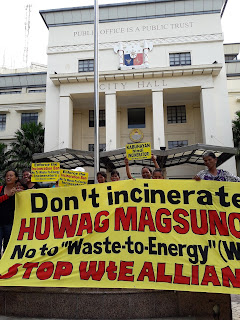 The proposed construction of a waste incinerator at the Inayawan landfill site as announced by Cebu City Mayor Tommy Osmeña has drawn flak from informal recyclers and environmentalists who assert that burning waste will hurt recycling jobs and harm ecosystems, aside from putting the health of communities at risk.

At a workshop co-organized by the  Freedom from Debt Coalition, Philippine Earth Justice Center and Sanlakas of Cebu and  the Quezon City-based EcoWaste Coalition, 120 participants, including 80 members of the informal waste sector (IWS) expressed concern over the adverse impacts of incinerating discards to their livelihood the environment, and public health.

“Many individuals, families and small businesses depend on the recovery of recyclable materials to meet our basic needs.  The waste incinerator will compete for the same materials such as paper, corrugated box, plastic and other recyclables that we collect, sort and sell,” said Aniceta Abadejao of the Gagmayng Kristohanong Katilingban – Inayawan.

“What will happen to us if the recyclable materials, our source of livelihood, are taken away from us?   Waste incineration will rob us of our only source of income and livelihood.  Is this how the city government plan to repay us for our environmental service?” she pointed out.

Aileen Lucero, National Coordinator of the EcoWaste Coalition, agreed stressing “it will be unacceptable to deny informal waste workers of useful materials for recycling-based jobs and livelihoods, which are beneficial for the climate and environment.  Instead of making life more difficult for them, the authorities should find ways and means to integrate the IWS as key partner in the implementation of the city’s waste management plan. ”

According to Lea Guerrero, Climate and Clean Energy Campaigner of the Global Alliance for Incinerator Alternatives, “recycling and other zero waste practices conserve finite natural resources, avoid fossil fuel extraction and reduce greenhouse gas emissions from the use of virgin materials and from waste disposal activities.”

In contrast, waste incineration destroys resources and creates additional need to extract more of the earth’s resources. It also takes away jobs and abets climate change. Incineration is also a major source of dioxins and furans, which are recognized as cancer-causing toxic emissions.

To call attention to their plight, the informal waste workers, joined by their allies from various civil society groups, marched to the Cebu City Hall right after the workshop to present their opposition to the proposed incineration facility.

Through a petition, they told Mayor Osmeña that resorting to waste incineration will not solve Cebu City’s enormous garbage production.

“We urge Mayor Osmeña to call off his plan to set up an incinerator and to focus on comprehensive people-driven waste prevention and reduction programs, including mandatory waste segregation at source, intensive recycling and composting and inclusion of the IWS,” the groups said.

According to a UN-supported study, Cebu City generates about 500 ton of solid waste per day or approximately 182,500 tons per year with average daily waste generation per capita at 500 grams.