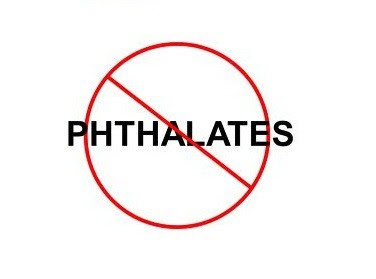 The chemical contaminant found in samples  of fake rice from Davao City is prohibited in cosmetics and toys and must not be present in foodstuff, particularly rice, a staple food source.

“We are deeply alarmed by the discovery of toxic DBP in synthetic rice that has reportedly penetrated the local market, particularly in the south,” stated Sonia Mendoza, a retired chemist and President of the EcoWaste Coalition.

“The government should get to the bottom of this trade in hazardous rice laced with a chemical that is banned in the production of cosmetics and toys,” she said.

The use of DBP, a chemical additive to adhesives and plastics, in concentration above 0.1% is prohibited in children’s toys under the Department of Health Administrative Order 2009-0005-A as amended in December 2011.

DBP is also listed on Annex II, Part 1 of the ASEAN Cosmetics Directive as among the substances that “must not form part of the composition of cosmetic products.”

“The consumption of this tainted rice, especially by pregnant women and young children, may expose consumers to DBP, which is known to cause birth and reproductive disorders in laboratory animals,” Mendoza warned.

For instance, a published study on rats by researchers at the School of Medicine at the Complutense University of Madrid showed that the oral intake of DBP by their mothers during pregnancy affected the offspring, with the effects being more apparent in the reproductive development of male pups.

Aside from being a reproductive and developmental toxicant in laboratory animals, exposure to DBP may also cause allergic reactions leading to adverse health consequences, the EcoWaste Coalition said, citing a recent government health warning on a false nail adhesive that has DBP as an ingredient.

The group recalled that the Food and Drugs Administration (FDA) issued an advisory on February 11, 2015 against a DBP-containing artificial nail adhesive that was brought to the agency’s attention by the EcoWaste Coalition.

According to FDA Advisory 2015-006, “DBP has the ability to cause allergic  reactions (and that) there were previous cases where allergic response to DBP was found to be severe.”

“Allergic reactions can induce a state of hypersensitivity in the immune system,” the FDA said.

“It can cause the immune system to respond to chemical exposures with immunological reactions that are harmful, varying from hives to life threatening responses such as anaphylactic shock, where low blood pressure and breathing difficulties can result in death,” it said.

The EcoWaste Coalition had earlier urged consumers to exercise extra vigilance when buying rice and to immediately report any unlawful sale of fake rice to the authorities by calling or texting the NFA Bantay Bigas Hotline at 0906-4363133.

“Errant traders should be prosecuted and punished to the full extent of the law,” the group said.