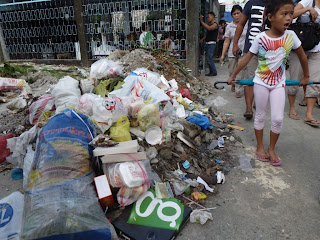 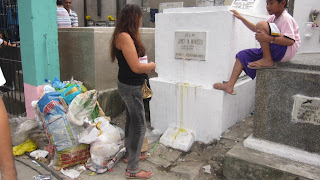 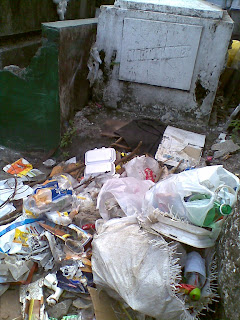 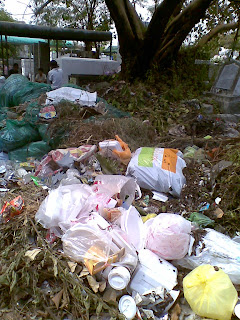 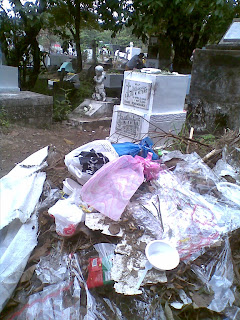 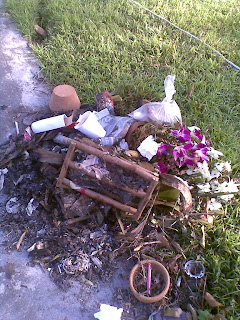 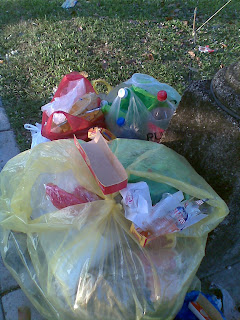 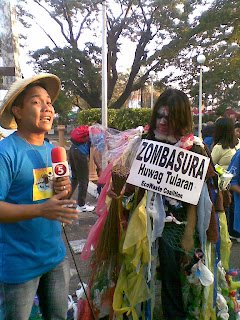 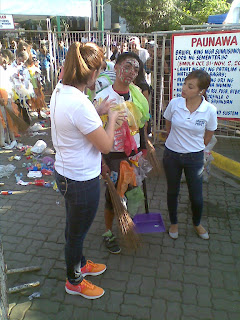 GMA7's Rhea Santos interviews another "Zombasura"
A waste and pollution watchdog has deplored the widespread violation of the ban against littering, an irresponsible and illegal behavior under our national as well as local environmental laws.

The EcoWaste Coalition wasted no time in showing its disapproval over the way Republic Act 9003, the Ecological Solid Waste Management Act, and related local ordinances were ignored by some people as millions visited the tombs of their departed ones.

Littering is prohibited under Section 48 of R.A. 9003 and litterbugs can be punished with a fine of P300 to P1,000 and obliged to do community service at the local government unit where the offense was perpetrated, or be directed to pay the fine as well as render community service.

The EcoWaste Coalition issued the statement as its youth volunteers from Ecomarino-Malabon and Malaya-Cavite participated in the early morning cleanup activities at the Manila North and South Cemeteries today.

“We grieve over the massive littering on November 1 that sullied the cemeteries and adjoining streets, and not even a single person was apprehended and penalized for this most basic environmental offense,” lamented Edwin Alejo, Coordinator, EcoWaste Coalition.

“From dawn to dusk, litterbugs were practically allowed to trash their surroundings to the max without any risk of being chastised, creating ugly mini-dumpsites in cemeteries,” he noted.

“The ‘Zombasura’ among us should voluntarily admit their guilt, make amends for such offense and pledge not to litter again,” he said.

The EcoWaste Coalition coined the term “Zombasura” to describe people who recklessly leave or throw their discards in hallowed burial grounds.

Volunteers reported seeing large amounts of litter dropped, especially around food stalls, bins overflowing with garbage, storm drains covered with trash and garbage dumped in street corners, vacant lots and in broken or unattended tombs. There were also reports of open burning as evidenced by the ash and incompletely burned materials found in some spots.

Reports also highlighted the ill-preparedness of government agencies and cemetery administrators to deal with the discards from such a large number of visitors as shown by the lack of operational programs on ecological solid waste management in most cemeteries.

Some photos of improper waste disposal at the cemeteries can be viewed at the EcoWaste blog at http://ecowastecoalition.blogspot.com/
-end-
Posted by EcoWaste Coalition at Friday, November 02, 2012