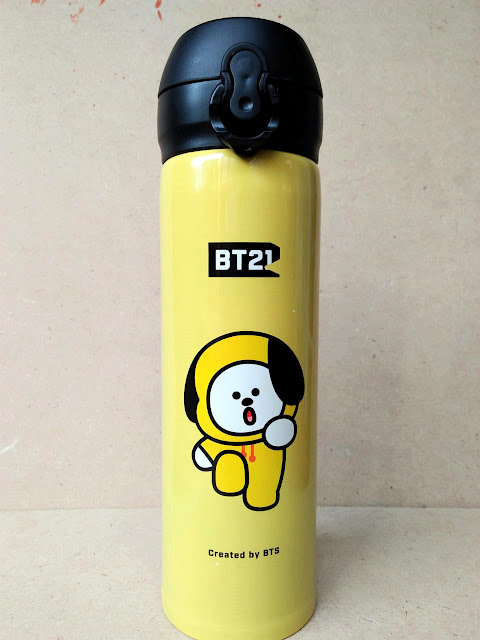 Not all BTS-inspired mementos are created equal. While they all look cute, some may be hiding unlabeled toxins.
The EcoWaste Coalition revealed that some products bearing the characters of the globally popular K-pop band Bangtan Sonyeondan, or BTS, contain heavy metals that may pose health risks and should not be sold to the ARMY, the band’s huge fanbase.
The Quezon City-based non-profit toxics watchdog group was referring to the unofficial BTS character goods produced by unauthorized enterprises that are taking advantage of the immense popularity of the said South Korean boy band.
As part of its ongoing campaign against toxic metals in products and wastes, the group bought BTS-inspired products, mostly accessories, costing P30 to P489 each from retailers in Makati, Mandaluyong and Manila Cities.
Of the 12 unofficial BTS merchandise, two were found to contain heavy metals, particularly cadmium and lead, above the regulatory limits. Lead and cadmium belong to the “ten chemicals of major public health concern” as per the World Health Organization (WHO).  According to the WHO, lead is a cumulative toxicant affecting multiple body systems, including the brain and the central nervous system, while cadmium, a known human carcinogen, exerts toxic effects on the kidneys as well as the skeletal and respiratory systems. 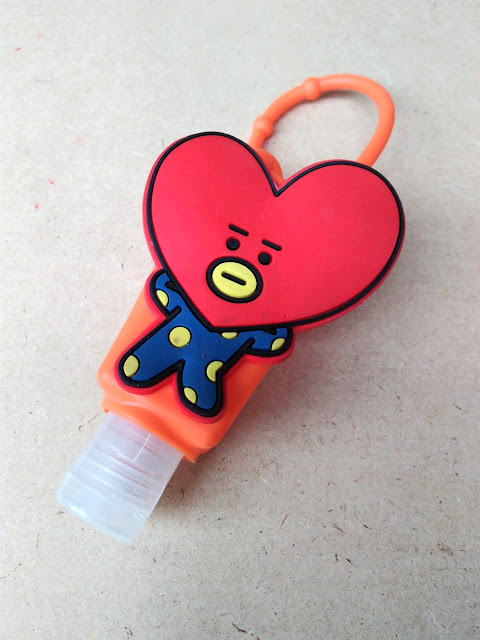 Using a handheld X-Ray Fluorescence (XRF) device, the group detected over 4,000 parts per million (ppm) of lead on the yellow paint of a stainless steel water container featuring Chimmy, which is way in excess of the 90 ppm total lead content limit enforced in the Philippines, USA and other countries.  The product is labeled as “created by BTS,” but has zero manufacturer’s markings
The Tata character attached to an orange hand sanitizer gel holder was found to contain 410 ppm of cadmium, which is beyond the European Union’s 100 ppm limit for cadmium in plastics.  The product is not labeled at all.
“The reusable water container with Chimmy character is very concerning as its leaded  surface coating will likely deteriorate and chip with frequent use,” said Thony Dizon, Chemical Safety Campaigner, EcoWaste Coalition, adding  “the lead on the paint may end up being ingested by the user, especially by a child who is unaware of the health risk.” 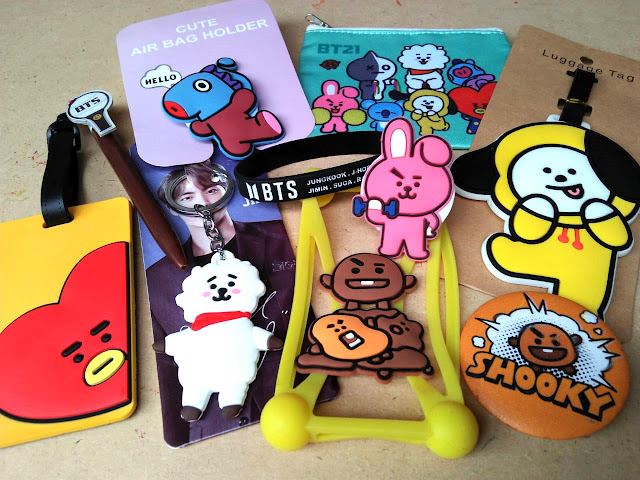 Toxic metals were not detected on the other 10 samples, including a BT21 coin purse, BTS baller, BTS ballpen, Chimmy luggage tag, Cooky pop socket, Mang air bag holder, RJ keychain, Shooky button pin, Shooky cell phone protector, and Tata bag tag.
“We cannot say with certainty if these 10 samples are safe from other hazardous substances.  As some of them are made of polyvinyl chloride (PVC) plastic, laboratory analysis is needed to determine if they do not contain endocrine disrupting chemicals called phthalates, which are plasticizers added to PVC to make it softer and bendable,” said Dizon.
The EcoWaste Coalition had already notified the Weverse Shop Customer Service about its findings.  Weverse sells official merchandise, albums and the like from artists like BTS to their fans across the globe.
"As trade in imitation BTS character products will likely remain so, we ask consumers, particularly their fans, to be vigilant to avoid items that may look cute and harmless, but covertly toxic," the group concluded.
References:
Email Post