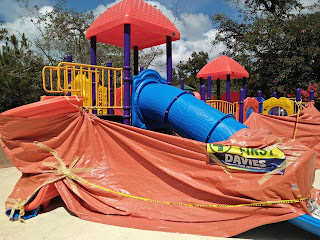 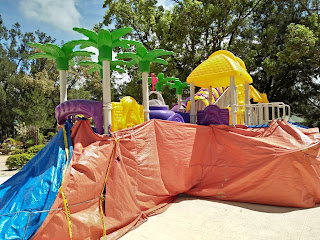 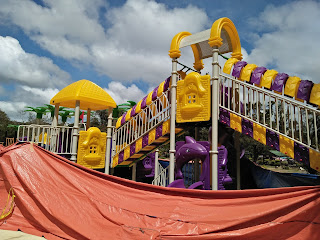 An environmental health group that detected dangerously high levels of lead on painted play facilities at the Children’s Playground in Burnham Park resulting to their eventual removal and replacement has appealed to the contractor to heed concerns raised by Baguio City Mayor Benjamin Magalong.

“We appeal to the contractor to initiate remedial steps, with concurrence from the city authorities, to hasten the inauguration of the newly-installed play facilities that are reportedly lead-safe and compliant with toy safety regulations,” said Thony Dizon, Chemical Safety Campaigner.

According to a Facebook post by the Public Information Office (PIO), Magalong will not sign the project acceptance form and issue the necessary payment to the contractor due to “poor workmanship and deviation from the promised specifications.”

“While we regret this temporary setback, we recognize the obligation of the contractor to adhere to the agreed specifications, which were adopted with the children’s safety as well as Burnham Park’s master development plan in mind,” Dizon said.

Quoting Atty. Rhenan Diwas, Assistant City Environment and Parks Management Officer, the PIO said the contractor had promised to make alterations and offered to present a proposal for work adjustment to Magalong for approval.

Inca Philippines, the contractor, had so far installed five sets of multi-functional play equipment with each set mounted on a concrete base.

Diwas had previously said: "The play equipment to replace the old ones have rubber base and are movable.  We will not be having a hard time moving or incorporating the play equipment once the redevelopment of the park pushes through."

Meanwhile, the EcoWaste Coalition reiterated the need to replace the old swings at the Children’s Playground, which are still operational to date, noting that the swings are coated with lead-containing paints.

“As the paint on the play equipment chips and wears with repeated use, the lead in the deteriorating paint is released, contaminating the surrounding areas,” the group said, adding that “children playing in the park get dust or soil on their hands and ingest it through usual hand-to-mouth behavior," the group explained.

According to the World Health Organization (WHO), “when used in homes, schools, and playgrounds, lead paint can be a source of lead exposure to children, who easily ingest dust, soil or paint chips by putting their hands in their mouths.”

“Lead is especially dangerous to children’s developing brains, and can cause reduced intelligence quotient (IQ) and attention span, impaired learning ability, and increased risk of behavioral problems,” the WHO said.

The WHO has repeatedly reminded “there is no known level of lead exposure without harmful effects.”

Olivia Jayden said…
I never believed that i will be happy again after much frustration. I have been rejected by my husband after Six(6) years of marriage just because he met another woman and he left me and the kids to suffer. One day when i was reading through the web i stumbled at a post on how chief dr lucky the great spell caster has helped people to restore broken marriages and relationships and curing of diseases. I emailed him immediately to help my situation via: chiefdrlucky@gmail.com He told me not to worry that my husband will return to me begging and shedding tears of forgiveness. I am so happy that my husband actually returned to me in 48 hours after i obeyed the words and instructions of chief dr lucky. contact him today in any of your problems for a lasting solution via: chiefdrlucky@gmail.com or call/whats app +2348132777335
Sunday, March 08, 2020