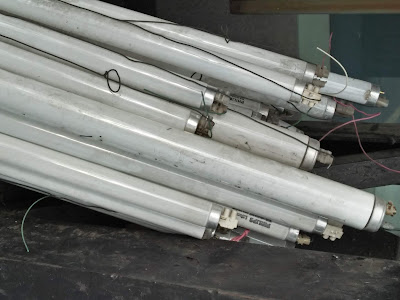 To uphold the consumer’s right to know, a toxics watchdog group is asking the lighting industry to provide mercury content information on fluorescent lamps and their packaging.

In anticipation of the global phase-out in 2020 of specific mercury-added products, including certain types of fluorescent lamps, the EcoWaste Coalition pressed for essential labeling information to assist consumers in picking fluorescent bulbs with the lowest mercury content.

“Specifying the mercury content on the lamp and its packaging will help consumers in selecting the bulb with the least amount of mercury, and avoiding those scheduled for phase-out  by 2020 as per the Minamata Convention on Mercury,” said Thony Dizon, Chemical Safety Campaigner, EcoWaste Coalition.

“Without the mercury content information, it would be difficult for consumers, as well as for government regulators, to identify fluorescent lamps that should no longer be sold in the market starting next year,” he pointed out.

Among other things, the said PNS requires the following labeling information:  “WARNING: Contains Mercury, Handle with Care and Dispose Properly.”

“The inclusion of such basic cautionary statement will promote the safe handling of fluorescent lamps to avoid breakage and to reduce the risk of mercury exposure from broken lamps through inhalation of the mercury vapor or dermal contact with the mercury-laden phosphor powder.  Proper disposal will help in limiting the amount of mercury entering disposal sites and polluting communities,” Dizon said.

According to the “Guidebook on the Management of Mercury-Containing Lamp Wastes” published by the government, “mercury and its compounds are highly toxic, especially to the developing nervous system, which is very sensitive to all forms of mercury.”

It warned that “even at low-level exposure to mercury has caused serious health effects, including neurological damage, reproductive system damage, behavioral problems and learning disabilities.”

“Mercury is also a suspected endocrine disruptor, which means it can damage the reproductive and hormonal development and growth of fetuses and infants,” the guidebook said

“Guidebook on the Management of Mercury-Containing Lamp Wastes,” DOE/DENR