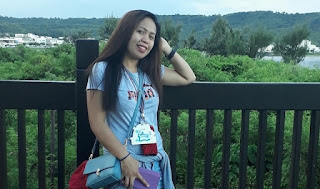 Philippines/Taipei, Taiwan.  Environmental health groups from Taiwan and the Philippines have joined the mounting clamor for justice for Filipina worker Deserie Castro Tagubasi who died from an acid spill while working at Tyntek  electronics factory in the Chunan Science Park, Miaoli County.

In a joint press statement, the Environmental Quality Protection Foundation (EQPF) of Taiwan and the EcoWaste Coalition of the Philippines condoled with the co-workers of Tagubasi and her family in Isabela province as both groups echoed the need for full and impartial investigation of the fatal incident and the strengthening of rules to prevent occupational hazards.

“We also demand that the government of Taiwan should adopt the ‘International Convention on the Protection of the Rights of All Migrant Workers and Members of Their Families’ as soon as possible,” he added, echoing the call by the Taiwan Society of International Law (TSIL).

Thony Dizon, Chemical Safety Campaigner, EcoWaste Coalition, said the appalling incident should compel Tyntek  and other electronics companies into developing a new process, with workers’ participation, that will ensure occupational health and safety in the multi-billion dollar industry.

“It’s high-time for the electronics industry to stop putting the health of their workers at risk due to exposure to highly toxic substances used in the manufacture of e-devices.   Hazardous chemicals must be replaced with safer alternatives that will not poison workers nor pollute the environment ,” he said.

“With respect to the ongoing investigation on Tagubasi’s death, we demand that company executives should be held accountable for the serious lapse in safety procedures, and that Tagubasi’s family should be justly compensated,  noting that no amount can truly compensate for their loss,” he added.

For his part, Dr. Joe DiGangi, Senior Science and Technical Adviser of IPEN said: "Ms. Tagubasi's untimely death at work is a tragic wake-up call about an industry built on toxic chemical use.  Regulations governing the industry  should be carefully reviewed, strengthened, and enforced to prevent any injuries or deaths in the future."  IPEN is a global civil society network for a toxics-free future that includes the EQPF and the EcoWaste Coalition among its over 500 members in 120 countries.

As reported by the Central News Agency (CNA), 29-year old Tagubasi suffered fatal burns on August 28 when she accidentally dropped a small container of hydrofluoric acid that she was carrying.  The acid splattered her legs, causing burns that resulted in her death later in the day at Taipei Veterans General Hospital, where she had been transferred from a hospital Miaoli, the CNA said.

But, as pointed out by Fidel Macauyag, Director of the Philippine Overseas Labor Office in Taiwan, the company did not provide Tagubasi and her co-workers with full body protection from hydrofluoric acid, a highly toxic chemical, and were not given adequate safety training.  The labor official also revealed that, as told to him by other workers, the factory did not even have the chemicals on hand to neutralize the chemical in case of accident.

Hydrofluoric acid, also known as hydrogen fluoride, is a highly corrosive agent that is used in industrial applications such as in electronics manufacturing.

According to the US Centers for Disease Control and Prevention, “even small splashes of high-concentration hydrogen fluoride products on the skin can be fatal.”