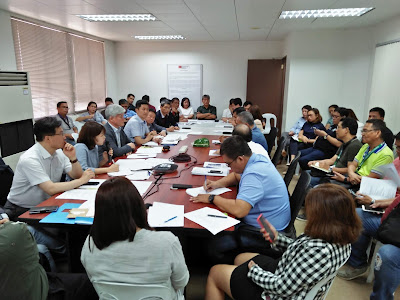 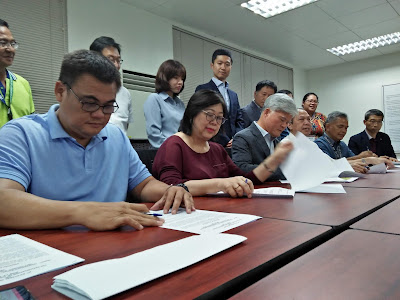 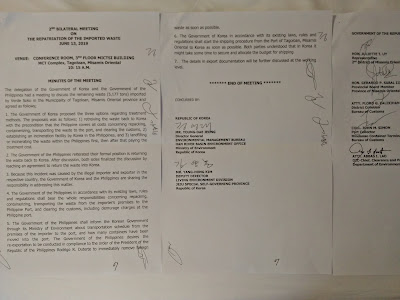 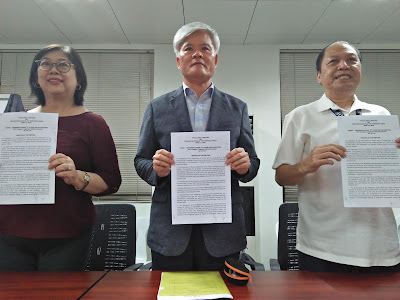 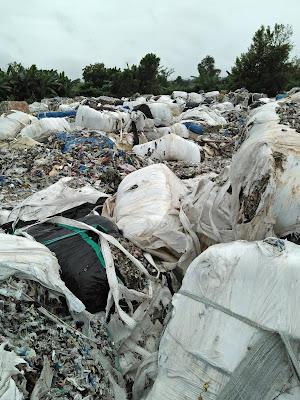 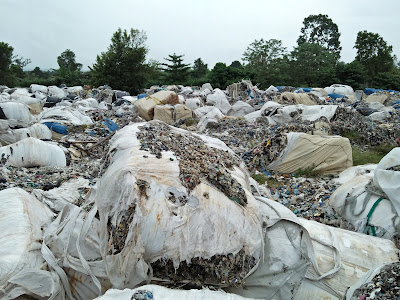 Tagoloan, Misamis Oriental/Quezon City.  The EcoWaste Coalition, an environmental health and justice group, welcomed the agreement reached by the governments of the Philippines and South Korea toward the repatriation of 5,177 tons of illegal traffic waste originating from the latter.

At a bilateral meeting held yesterday in Tagoloan and chaired by Port Collector John Simon, government officials from the two countries agreed to return the waste, which is part of the illegal waste cargoes falsely declared as "plastic synthetic flakes" with a total combined weight of 6,500 tons, that arrived in Northern Mindanao in July and October 2018.

The meeting drew over 40 attendees led by Representative Juliette Uy of the Second District of Misamis Oriental and included observers from the private sector and the civil society represented by the EcoWaste Coalition.

“We laud the firm stance of customs and environmental officials in the region to have the illegal traffic waste re-exported to its source in South Korea.  The Basel Convention imposes an obligation on the State of export to ensure the return of wastes deemed to constitute ‘illegal traffic’,” said Aileen Lucero, National Coordinator, EcoWaste Coalition.

As stated in the minutes of the meeting, “the government of the Philippines desires the re-exportation to be conducted in compliance to the order of President  Rodrigo Duterte to immediately remove foreign waste as soon as possible.”

“We also laud them for rejecting outright the proposal from the Korean side to landfill or incinerate the illegal traffic waste from South Korea in the Philippines,” she added.

Under the Basel Convention, the obligation of the State of export to manage the illegal traffic waste “in an environmentally sound manner may not under any circumstances be transferred to the State of import or transit.”

During the meeting the Korean government led by Mr. Young –Dae Jung, Director General of the Ministry of Environment, offered three options for dealing with the wastes.

Because this incident was caused by an illegal exporter in South Korea and an illegal importer in the Philippines, both governments agreed to share responsibility in addressing the matter.

The Philippine government agreed to “bear the whole responsibilities concerning the repacking, containerizing, transporting the waste from the importer’s premises to the port, and clearing the customs, including demurrage charges at the Philippine port.”

The South Korean government agreed to “start the shipping procedure from the port of Tagoloan, Misamis Oriental to Korea as soon as possible.”

“Both parties understood that in Korea it might take some time to secure and allocate the budget for shipping,” according to the minutes.

To recall, the bulk wastes, which the authorities determined as “misdeclared, heterogenous and injurious to public health,” have been sitting at the premises of Verde Soko Philippines Industrial Corp., the consignee, inside the PHIVIDEC Industrial Estate in Sitio Buguac, Barangay Santa Cruz,  Tagoloan, Misamis Oriental since July 2018.

According to the re-exportation order issued by the Bureau of Customs-Region 10 last December 2018, “the shipment was found to be heterogenous and contained household hazardous waste constituting a violation under DENR Administrative Order 2013-22.”  As per this regulation, “no importation of heterogenous and unsorted plastic materials shall be allowed.

The first batch of the illegal waste shipment consisting of nearly 1,400 tons of containerized wastes was re-exported to South Korea on January 13 this year.