EcoWasteCoalition Partners with Barangay Project 6 in QC for a Festive, But Non-Injurious and Non-Toxic Welcome of 2019 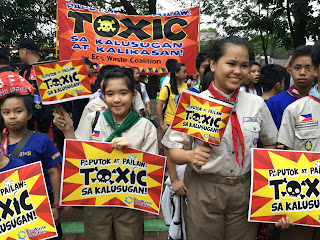 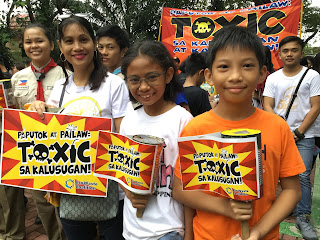 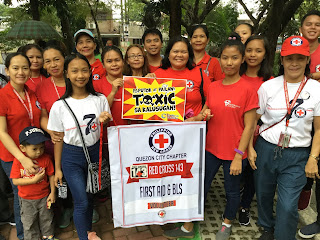 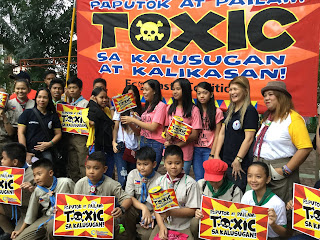 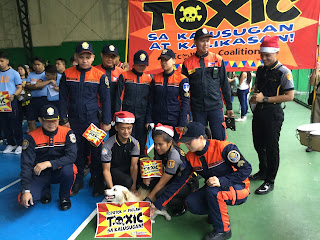 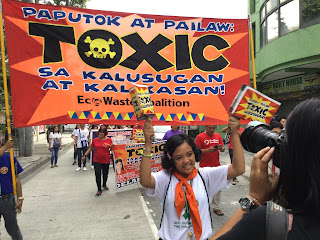 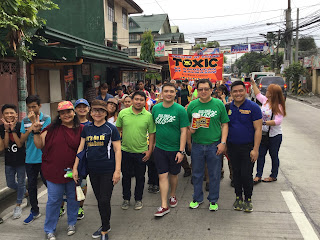 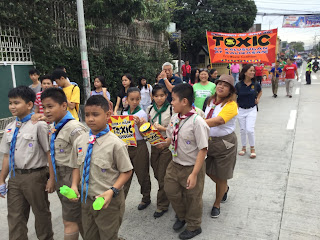 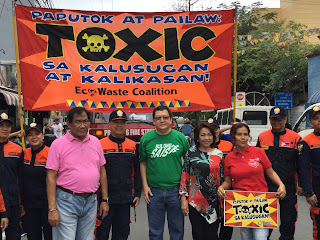 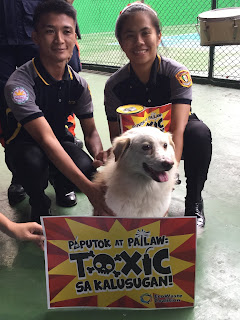 The much-anticipated yearend revelry to welcome 2019 need not cause grievous bodily harm, as well as hazardous waste and pollution.

This was the message that resonated with the hundreds of community members, including children and youth, who participated in today’s “Iwas Paputoxic” campaign at Barangay Project in Quezon City.

Jointly organized by the EcoWaste Coalition and the Barangay Project 6 Council, in collaboration with health, police and fire agencies and dozens of civic groups, the campaign underscored the fact that firecrackers and fireworks are toxic to humans, as well as to the environment.

“We are gathered here today to drum up grassroots support for a kinder way of ushering in the New Year sans burn injuries, severed fingers, hazardous residuals and toxic fumes resulting from the use of firecrackers and other pyrotechnic devices,” said Thony Dizon, Chemical Safety Campaigner, EcoWaste Coalition.

“With the involvement of all community stakeholders led by the Barangay Chairman and his Council, we hope to promote alternative merrymaking that will protect life, limb and property and put public health and safety ahead of profit,” he emphasized.

Of the 463 recorded firecracker injuries during the 2018 revelry, 248 cases happened in Metro Manila with Quezon City ranking second with 30 cases after Manila which had the most cases at 116.

“To enjoin the people, particularly the children, youth and their parents, to refrain from igniting firecrackers and fireworks is the right thing to do if we want to keep our constituents safe from injuries, fires and from hazardous pollutants,” said Honie Llamas, Chairman of Barangay Project 6.

“We hope other barangays will follow our lead and actively campaign for a safe, clean and non-toxic way of welcoming 2019,” he added.

To show that the New Year excitement and fun is not in any way diminished by the non-use of firecrackers and fireworks, various community and youth organizations contributed to the lively program preceding the parade.

Members of Parish Youth Ministry presented a skit on firecracker injury prevention plus a dance number that thrilled the crowd.

The program was enriched by messages given by Quezon City District 1 Councilor Elizabeth Delarmente and by health, fire and police officials.

Before the celebratory parade around the neighborhood, the “Iwas Paputoxic” participants mimicked a countdown to the New Year featuring sounds from a variety of substitute noisemakers, including improvised maracas, pots and pans, and paper and plastic horns.