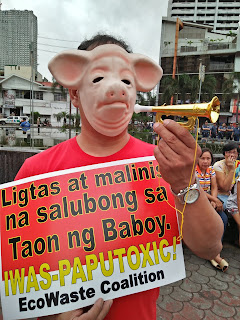 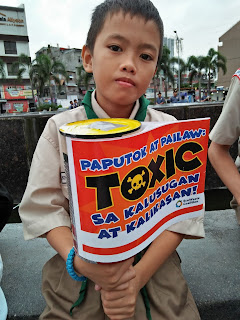 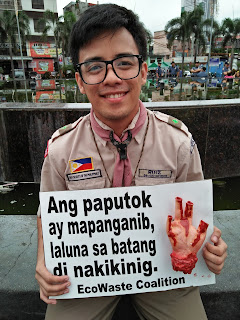 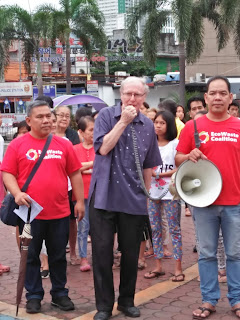 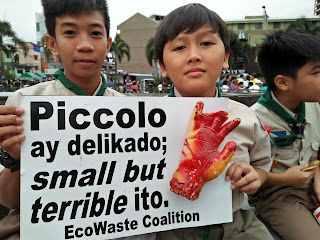 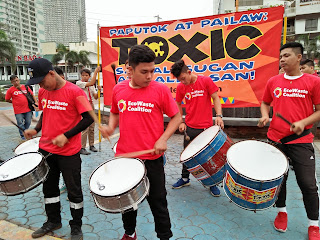 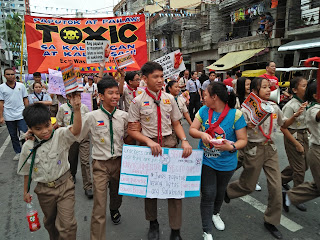 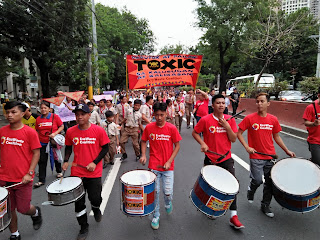 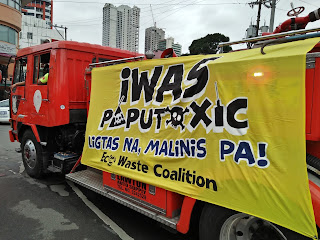 Rain or shine, hundreds of people heeded the calls for a non-injurious and non-hazardous celebration of the New Year minus firecrackers and fireworks.

At an event organized by the EcoWaste Coalition and the Malate Catholic Church, community members from 11 barangays in Manila took part in the “Iwas Paputoxic” drive to whip up mass support for a festive but safe and clean way of heralding the New Year.

““We have come here today to stir up community support for a gentler way of welcoming the New Year without causing injuries, hazardous wastes, greenhouse gases and other pollutants due to the use of firecrackers and other pyrotechnic devices,” said Thony Dizon, Chemical Safety Campaigner, EcoWaste Coalition.

“As the number of firecracker-related injuries soars as New Year nears, we appeal to our barangay and other local leaders from the youth, health, business and religious sectors to act as one in promoting alternative merrymaking that will protect life, limb and property, and the environment, too” he emphasized.

For his part Columban priest Father John Leydon of the Malate Catholic Church said: “We encourage our communities to heed the plea for a non-injurious, non-toxic and climate-friendly way of heralding the New Year.  By doing so, we protect ourselves, especially the young children, from harm and pollution.”

“Aside from the sounds and lights, let’s welcome 2019 with prayers thanking the Almighty for looking after our families and nation as we seek His blessing and protection for the New Year,” added Leydon who also serves as Co-Convener of the Global Catholic Climate Movement (GCCM-Pilipinas).

Before parading through the streets of Malate, the participants gathered at the Remedios Circle to hear timely reminders from church, police, fire and health officials.

Members of the Parish Youth Ministry also performed a street drama to show the ill effects of firecrackers and to dissuade kids from playing with firecrackers, especially the small but very dangerous piccolo.

During the parade, the participants held colorful “Iwas Paputoxic” banners and placards as they created sounds from a variety of emission-free noisemakers.

One group of teenagers donning pig masks were seen holding placards that say “have a safe and clean year of the pig” and “ligtas at malinis na salubong sa taon ng baboy,” noting that 2019 is the “Year of the Earth Pig,” according to the Chinese zodiac.

Among the substitute noisemakers flaunted by the participants were pots, pans and other kitchen utensils, homemade musical instruments such as maracas and shakers from recycled materials, as well as colorful paper and plastic trumpets.

For public health and safety and for a cleaner environment, the groups reiterated the following reminders:  1) no lighting of firecrackers and fireworks, 2) no flying of sky lanterns, 3) no polyvinyl chloride (PVC) boga, 4) no firing of guns, and 5) no open burning of garbage.