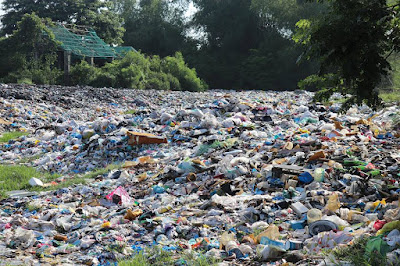 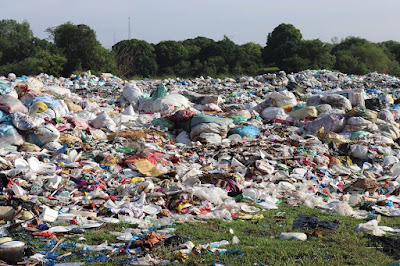 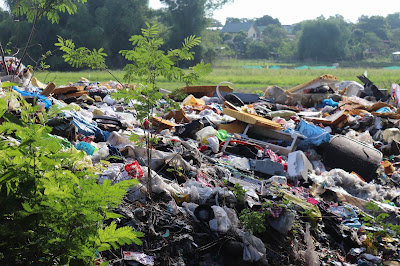 The EcoWaste Coalition, a non-profit environmental health group, has petitioned the national government to order the closure of an illegal municipal dumpsite in Mapandan, Pangasinan.

Reacting to the concerns raised by affected residents of Barangay Primicias of this town, the EcoWaste Coalition today wrote to the Department of Environment and Natural Resources (DENR) and the Department of Interior and Local Government (DILG) to plea for the closure of the open dump and its proper clean-up and rehabilitation.

“We look forward to the immediate issuance of a cease and desist order directing the Office of Mayor Gerald Glenn Tambaoan to halt open dumping in Barangay Primicias and to abide by the requirements of R.A. 9003,” wrote Daniel Alejandre, Zero Waste Campaigner of the EcoWaste Coalition to DENR Secretary Roy Cimatu and DILG Secretary Eduardo Año.

“The open dump does not fit the good image of Mapandan, which is considered as one of the ‘cleanest, safest and greenest’ municipalities in Pangasinan,” he told the Secretaries.

The open dump is allegedly operated by the local government unit in contravention of Republic Act 9003, or the Ecological Solid Waste Management Act, which, among other requirements, bans the establishment or operation of open dumps.

Open dumps such as the one that operates in Mapandan is, as per R.A. 9003, “a disposal area wherein the solid wastes are indiscriminately thrown or disposed of without due planning and consideration for environmental and health standards.”

Based on the information received, the open dump was once a Materials Recovery Facility (MRF) that degenerated into a filthy dumping ground attracting flies and emitting unbearable stench.

“Community residents are worried they will get sick or contract diseases due to the unlawful operation of the open dumpsite,” the EcoWaste Coalition said.

The open dumpsite is located not far from residential houses, an elementary school and a secondary school.

“The law emphasizes waste avoidance and volume reduction through the adoption of best practices in ecological waste management and definitely not open dumping," Alejandre noted.