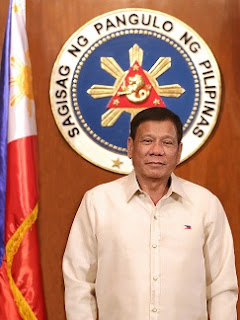 Advocates for ecological solutions to the country’s waste and pollution woes will pay close attention to what President Rodrigo Duterte will say in his second State of the Nation Address (SONA) today.

Last year, the presidential pronouncement in his first SONA that seemingly favored waste-to-energy (WtE ) disposal technologies has left environmentalists worried as not all WtE technologies are safe, legal and socially acceptable.

“We hope that the President this time around will rally the mayors and the entire nation to intensify waste segregation at source, recycling, composting and other waste prevention and reduction strategies in sync with Republic Act 9003, or the Ecological Solid Waste Management Act,” said Aileen Lucero, National Coordinator, EcoWaste Coalition.

The group recalled that President Duterte in July 2016 remarked “the Philippines is so dirty, the mayors are not doing anything.  There is trash and garbage around.”

“It’s time for the President to give strong marching orders to the National Solid Waste Management Commission and the local government units (LGUs) to enforce R.A. 9003 to the fullest sans the polluting practices of open dumping, open burning and waste incineration and without corruption,” she said.

“We are also hoping that the President will weigh in on the growing plastic waste crisis and ask Congress to speed up the enactment of a national legislation banning single-use plastic bags, as well as other plastic pollution prevention measures such as the ban on microplastics in personal care and cosmetic products,” she added.

While recognizing the efforts of the government, particularly the Department of Environment and Natural Resources and the Department of Health in promoting the sound management of chemicals, the EcoWaste Coalition urged President Duterte to declare his support for the expedited promulgation of progressive chemicals policies.

In particular, the EcoWaste Coalition urged the President to declare his intent to ratify the Minamata Convention on Mercury before the first Conference of Parties in late September this year in Geneva, Switzerland.

“While the Philippines is already carrying out mercury pollution prevention and control programs and measures, our country has yet to ratify the treaty that the previous administration signed in 2013,” Lucero said.

“We hope that the mercury treaty ratification will be a top priority for the President in order to protect our people and the environment from this major global pollutant,” she added.

The group also sought the hastened completion of the chemical control orders on arsenic, hexavalent chromium and related draft regulations on priority chemicals of concern, including electronic waste.

Finally, the EcoWaste Coalition expressed its hope that the President will see to it that the illegal trash shipments from Canada will be returned to its origin as ordered by the court in June last year.