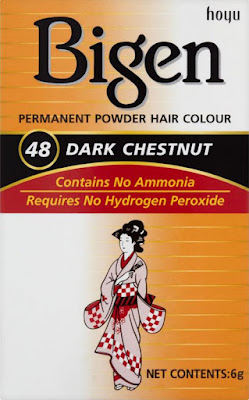 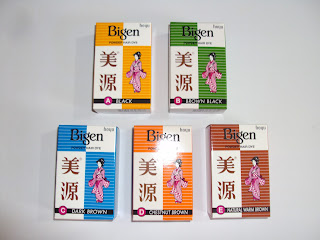 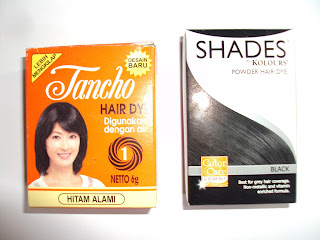 "Shades Powder Hair Dye" and "Tancho Hair Dye" with sodium perborate are sold locally
Be careful with what you color your crowning glory as some hair dyes can damage your ability to conceive and even put the baby in your womb at risk.

“Sodium perborate is toxic if inhaled, causes serious eye damage, is harmful if swallowed and may cause respiratory irritation. It may damage fertility or the unborn child,” the UK product recall notification stated.

“The said hair dyes do not comply with the EU Cosmetic Products Regulation, which has listed sodium perborate among the substances banned for use in cosmetic products due to their classification as carcinogenic, mutagenic or toxic for reproduction,” said Thony Dizon, Coordinator of the EcoWaste Coalition’s Project Protect.

The European warning prompted the EcoWaste Coalition to immediately check if hair dyes with sodium perborate are sold locally and to duly inform the Food and Drugs Administration (FDA) of its findings.

“Our market monitoring shows that at least three brands of hair dyes containing sodium perborate as written on their labels are offered for sale in the local market,” stated Dizon.

“You can buy them at major department stores, pharmacies and supermarkets despite being banned in Europe,’ he said.

Through its letter, the EcoWaste Coalition requested the FDA to propose the inclusion of sodium perborate in Annex II, Part 1 of the ASEAN Cosmetics Directive, or the “list of substances which must not form part of the composition of cosmetic products.”

“As the process of getting sodium perborate listed might take some time, we encourage the FDA to urge concerned cosmetics manufacturers to voluntarily switch to safe alternatives to sodium perborate in order to protect human health, particularly maternal and fetal health,” the group said.

“Sainsbury’s and Tesco, two of UK’s retail giants, have taken hairs dyes with sodium perborate off their store shelves.  In the interest of consumer health and safety, we hope that local retailers will follow suit,” the EcoWaste Coalition said.

Good sharing, now, it is possible to enjoy everlasting hair colour for your grey curly hair without having to worry about exposure to many harmful chemicals! Lelan Crucial PhytoNatural Hair Colorant provides eliminated TEN of such common chemicals, dramatically cutting your risk connected with hair along with scalp injury, read more at:
http://kidbuxblog.com/lelan-vital-phytonatural-hair-colorant/