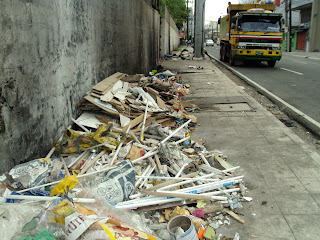 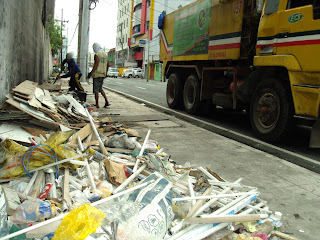 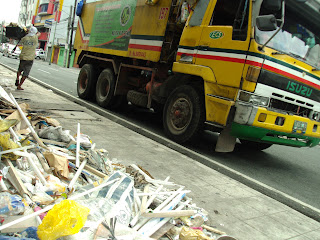 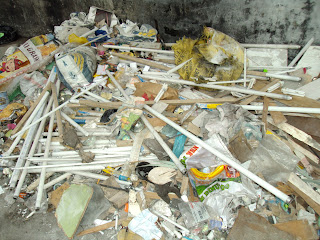 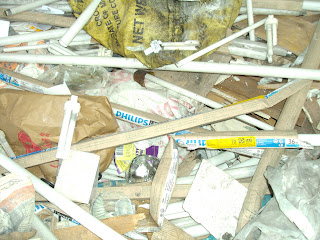 Through a letter submitted today to the Makati City Hall, the EcoWaste Coalition reported the illegal dumping of busted fluorescent lamps on the sidewalk of Pablo Ocampo Sr. Avenue Extension near corner Zobel Roxas Street in Barangay La Paz.

“On 30 January 2016, between 7:45-8:00 am, we chanced upon a big pile of busted compact and linear fluorescent lamps that were illegally disposed of in the said spot along with construction debris and other garbage,” wrote Thony Dizon, Coordinator of the EcoWaste Coalition’s Project Protect.

The group provided the Makati City Government with photos as evidence of the illicit dumping incident.

“For the safety of the waste workers and the general public, particularly the children and the pregnant women who are most vulnerable to the harmful effects of mercury exposure, we request your office to act on our report,” Dizon said.

According to the government-published “Mercury-Containing Lamp Waste Management,” “when mercury-containing lamps are broken, compacted, crushed, or disposed of improperly, mercury is released into the air, water, and land, posing significant threat to people and the environment.”

Because of its hazardous content,  fluorescent  lamp wastes are regulated to prevent the release of mercury  in vapor form.

While not explicitly mentioned under Republic Act 9003, the Ecological Solid Waste Management Act, lamp wastes are understood to fall under the category of special wastes requiring separate handling from other types of residential and commercial wastes, the EcoWaste Coalition said.

As an immediate action step, the group asked the Makati City Government to install a warning sign against the dumping of busted compact, circular and linear fluorescent lamps and other garbage in the said place.

It also recommended the revival of a lamp waste recycling program  that the City Government implemented in 2011 that succeeded in collecting some 1.58 tons of discarded lamps and batteries, which were then sent to a government-accredited treatment, storage and disposal facility.

“We hope that such a program will be implemented in all the city’s 33 barangays,” the group said.