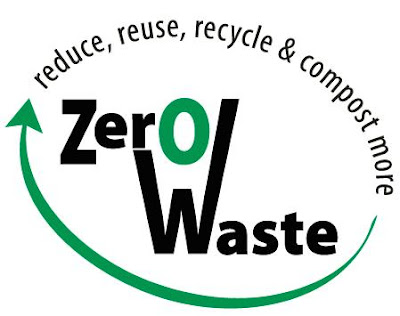 Environmental advocates vowed to espouse waste prevention and reduction measures as ethical and practical solutions to global warming and climate change at a historic summit spearheaded by Senator Loren Legarda.

On October 9, the Senate Committee on Climate Change, together with the Climate Change Commission, Department of Environment and Natural Resources and Embassy of France, will convene the Summit of Conscience for the Climate “to inspire Filipinos to act against climate change by caring for our environment.”

Environmentalist Sonia Mendoza, one of the speakers, welcomed the summit as an opportunity “to steer greater citizen and government support to ecological waste management to overcome society’s dependency on landfills and incinerators.”

Mendoza, who is Chairperson of Mother Earth Foundation and concurrent President of the EcoWaste Coalition, hoped that the summit “will generate renewed interest and commitment to climate-friendly zero waste strategies, including waste reduction, reuse, recycling and composting that save resources and energy while creating jobs and livelihoods.”

To demonstrate the advantage of the zero waste approach, Mendoza cited the study “More Jobs, Less Pollution: Growing the Recycling Economy in US,” which “provides strong evidence that an enhanced national recycling and composting strategy in the United States can significantly and sustainably address critical national priorities including climate change, lasting job creation, and improved health.”

The said study, for instance, estimates that a 75 percent diversion rate for municipal solid waste and construction and demolition debris by 2030 in US alone will result to lower greenhouse gas emissions equivalent to shutting down 72 of the country’s coal power plants, while generating 2.3 million jobs.

As politicians gear up for the 2016 polls, Mendoza further urged those seeking elective posts to emphasize climate and environmental protection in their platforms and to walk the talk by campaigning in a responsible manner that will not cause harm to humans and the ecosystems.

At the summit, EcoWaste Coalition volunteers will distribute brochures published by the Global Alliance for Incinerator Alternatives and the International POPs Elimination Network describing how zero waste strategies are able to reduce the emission of greenhouse gases, persistent organic pollutants, mercury and other dangerous pollutants, among other advantages.

The Summit of Conscience for the Climate in Manila is an adaptation of the first Summit held on July 21, 2015 in Paris, France where various political, faith, culture and arts and environmental leaders met to influence negotiations at an upcoming United Nations conference.

On November 30 to December 11, negotiators and other stakeholders will troop to Paris for the much anticipated 21st Conference of Parties of the United Nations Framework on Climate Change (COP21) and hopefully reach agreement aimed at keeping global warming below 2°C.