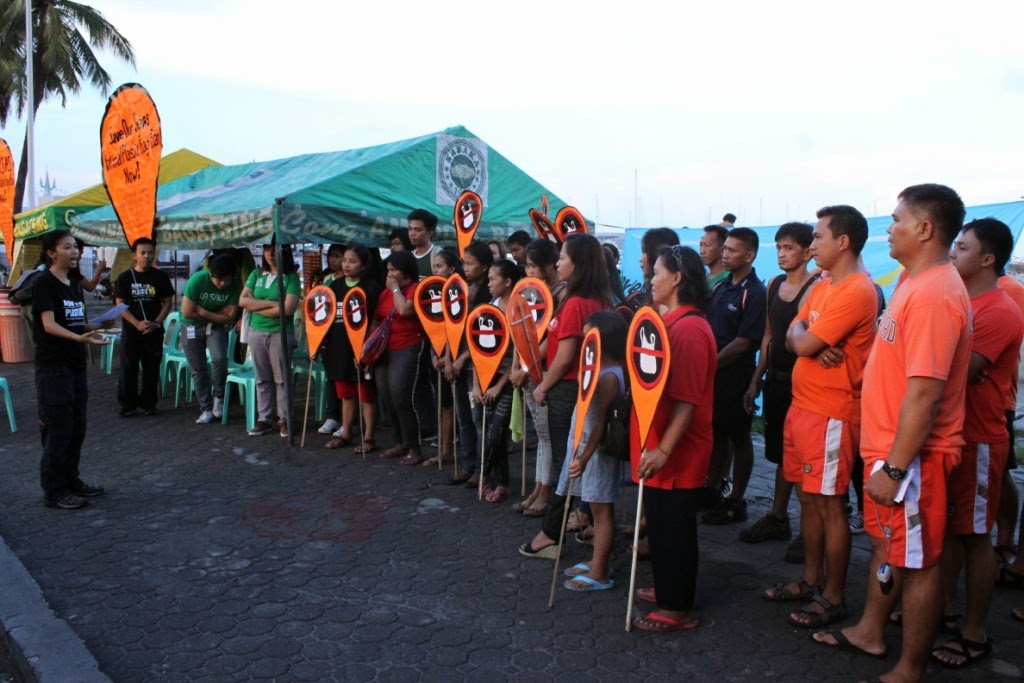 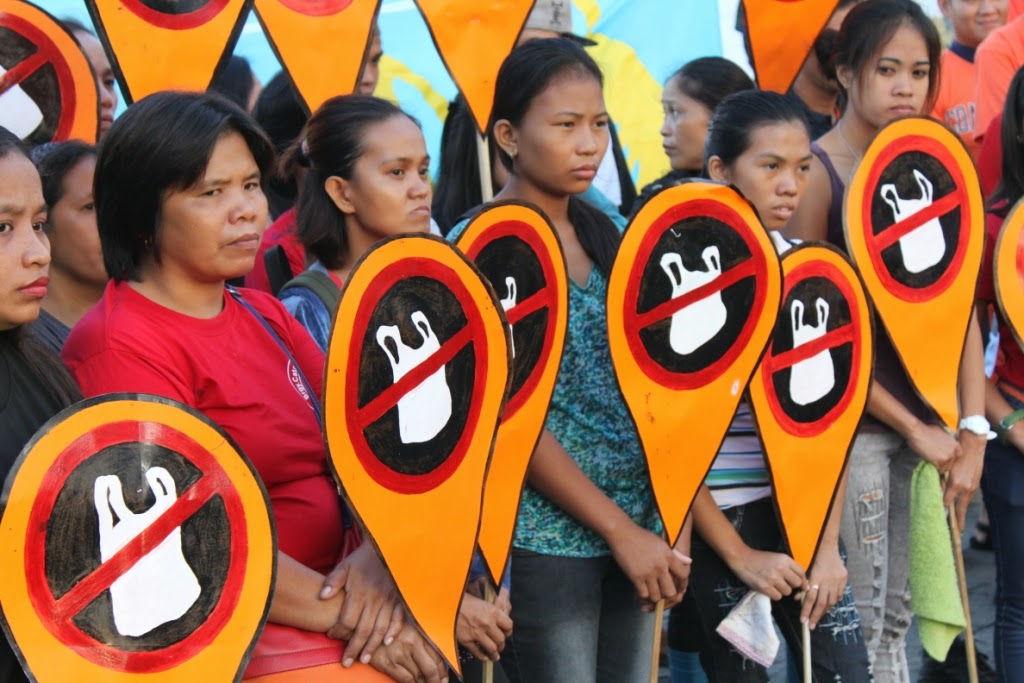 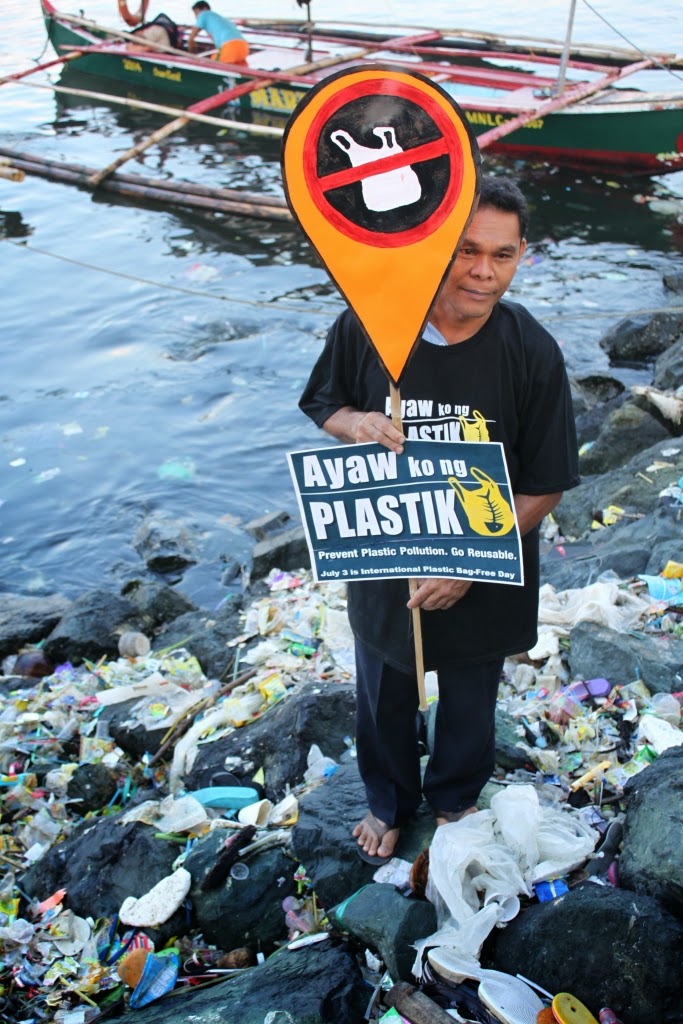 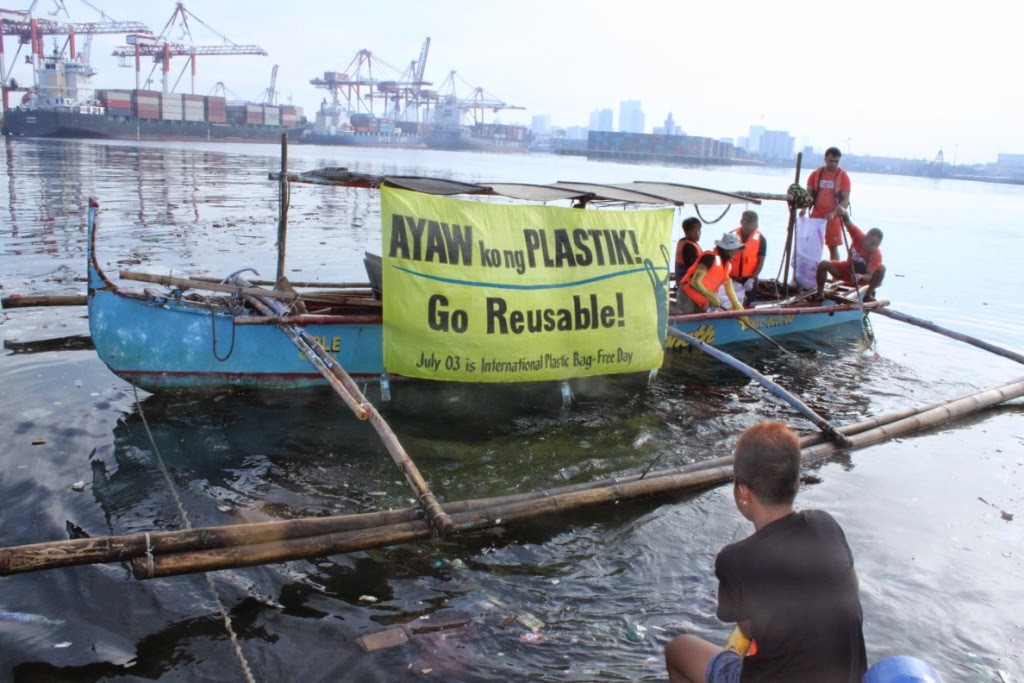 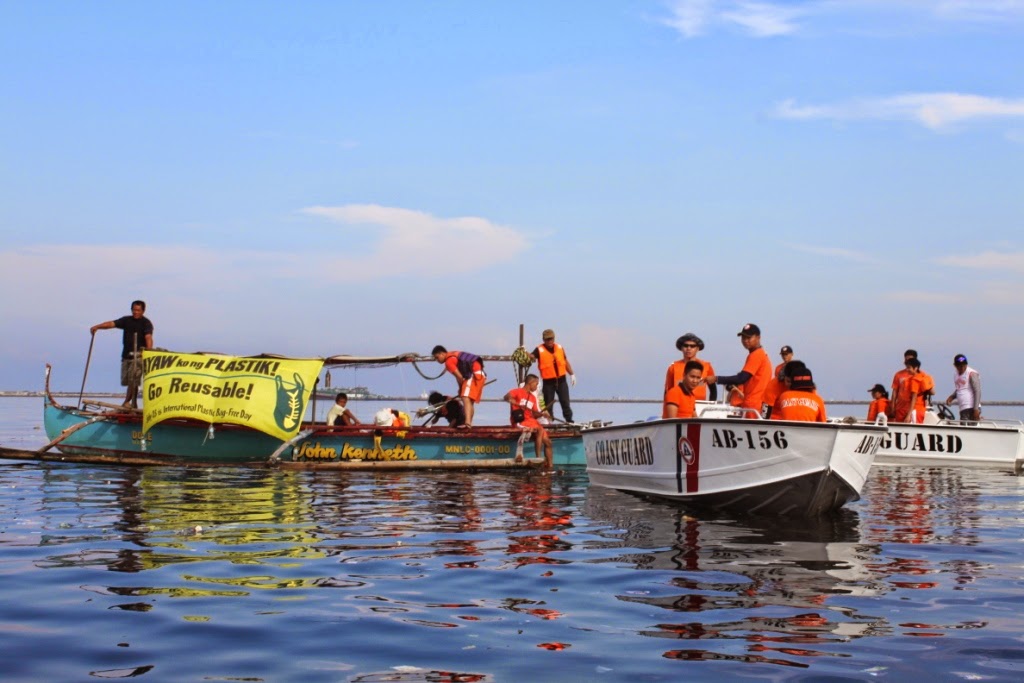 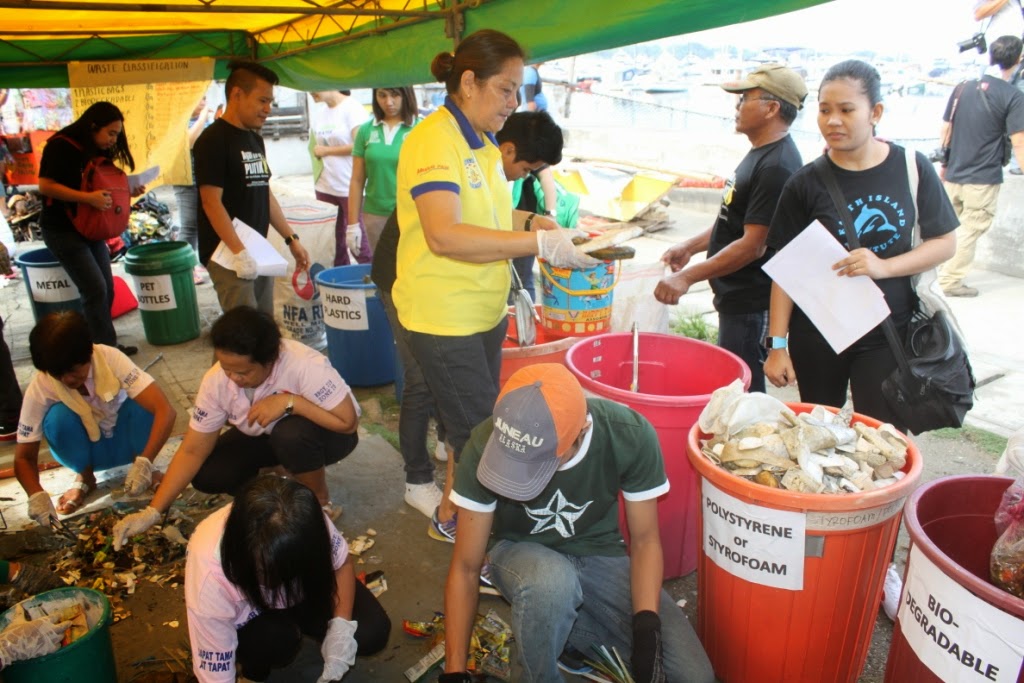 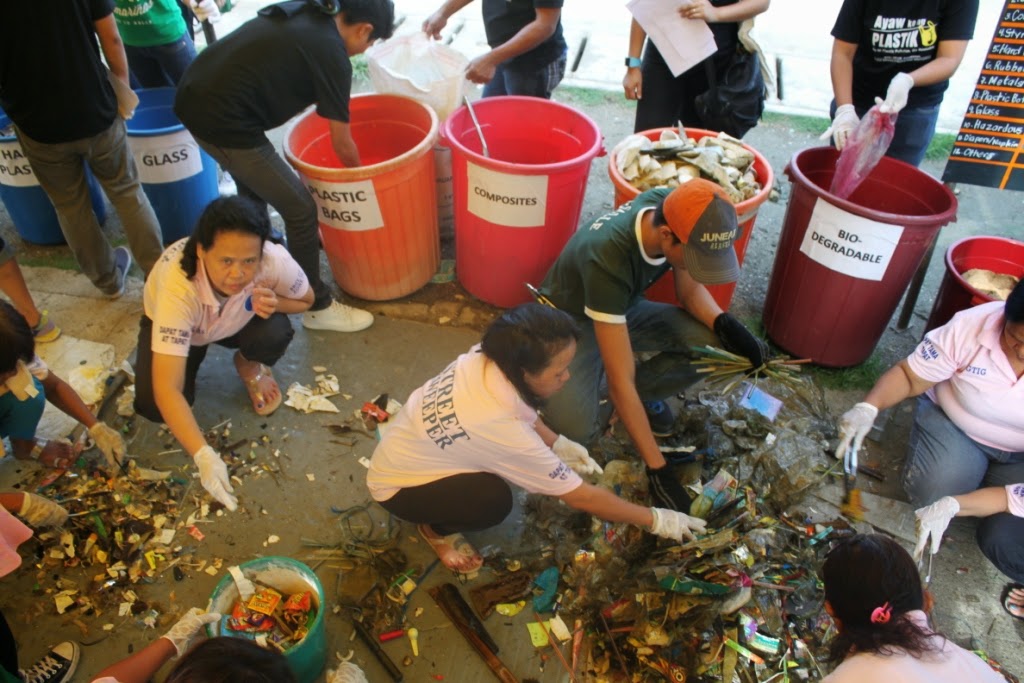 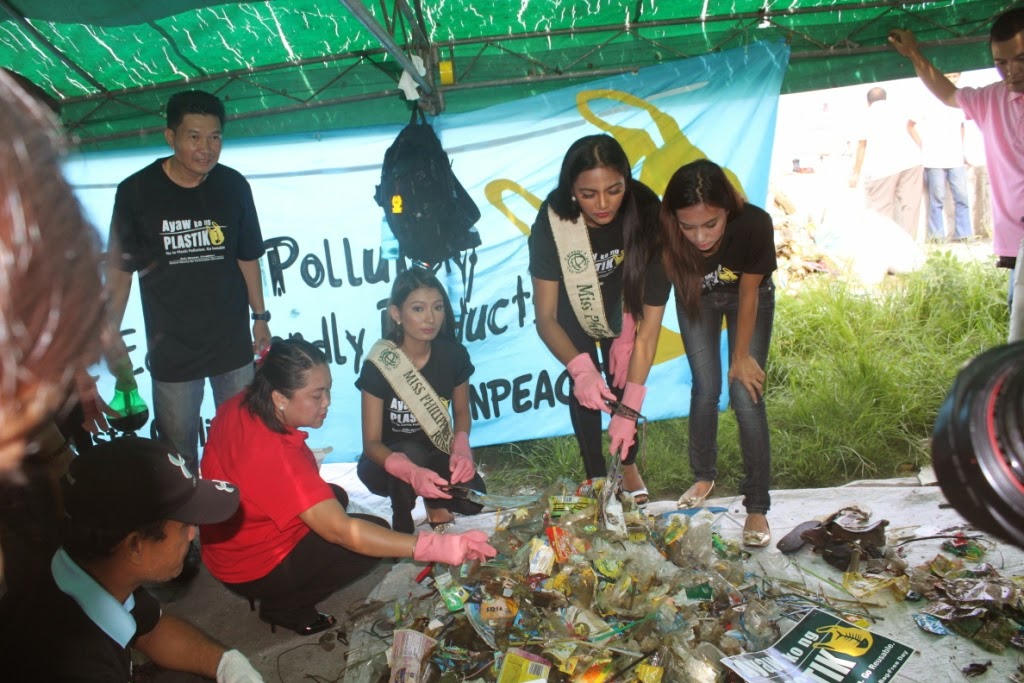 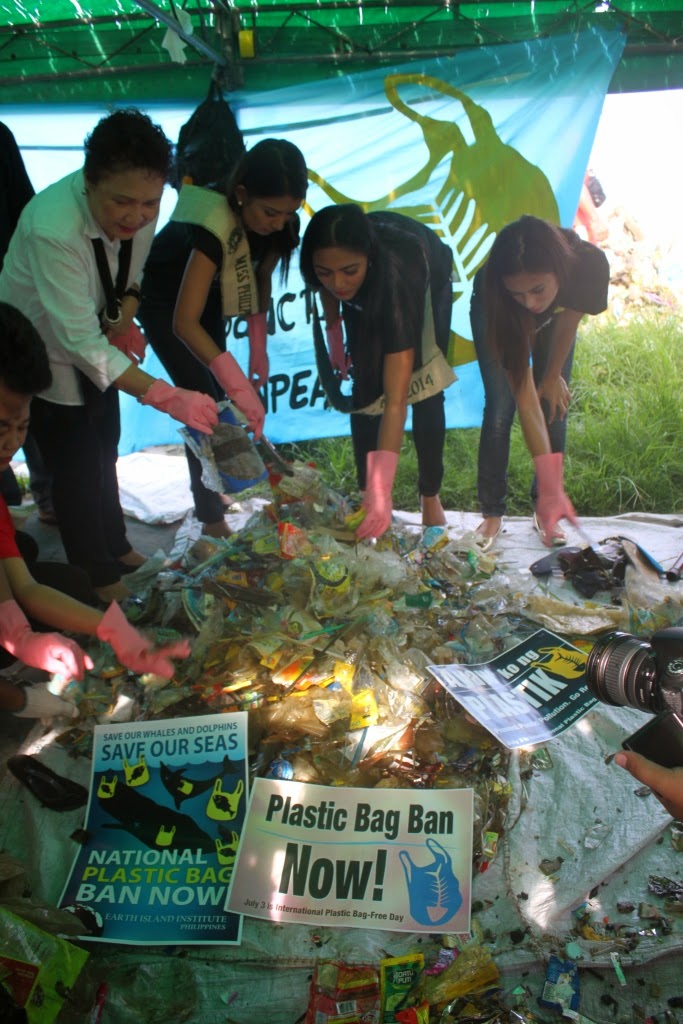 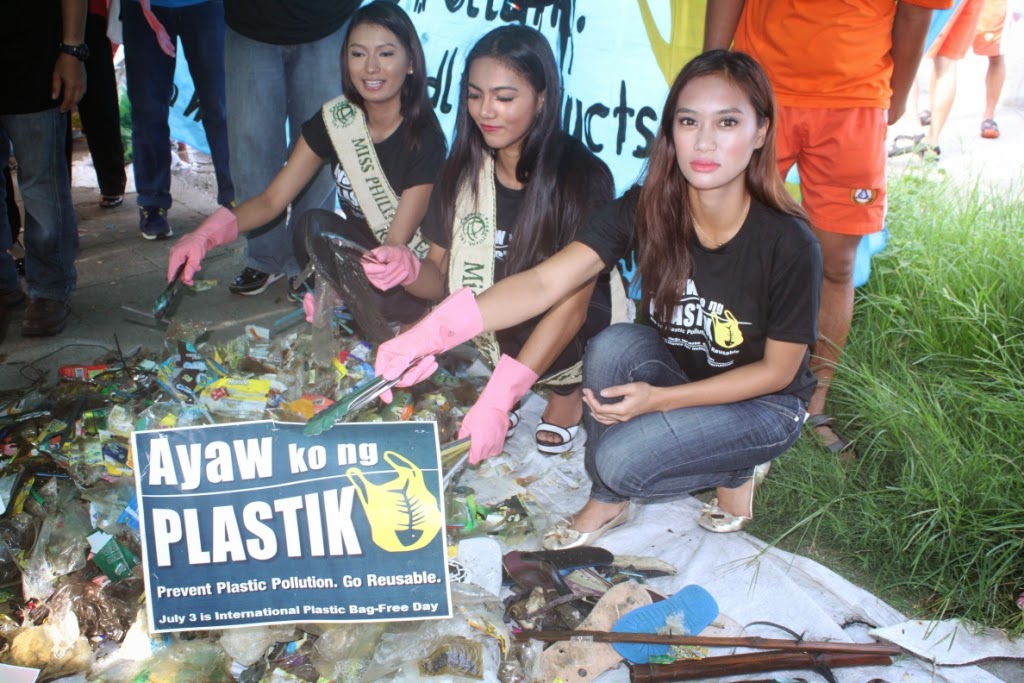 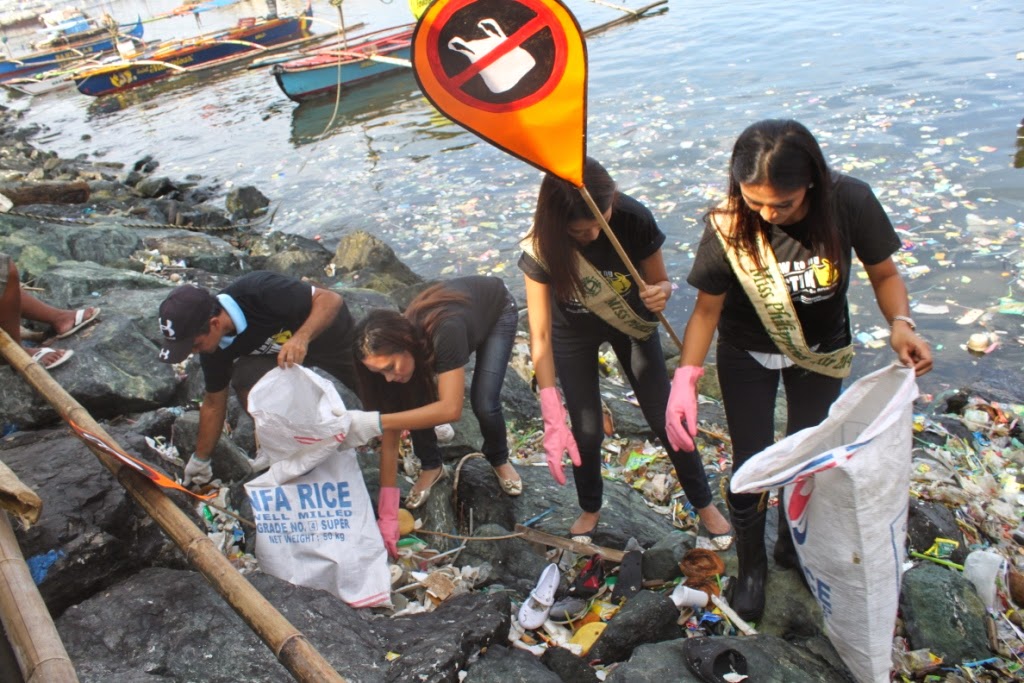 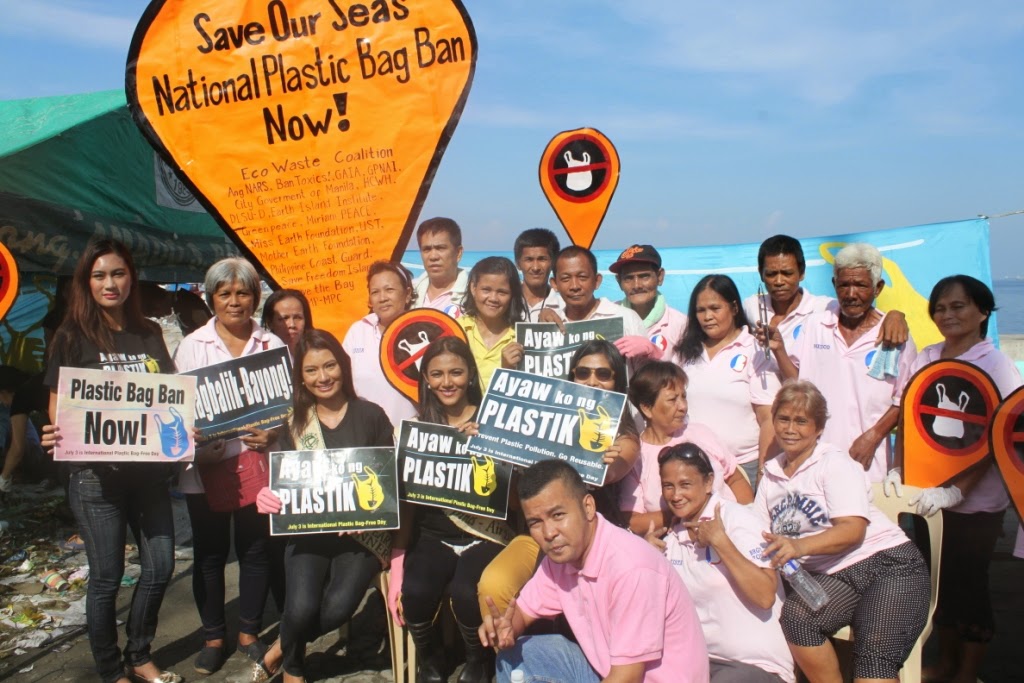 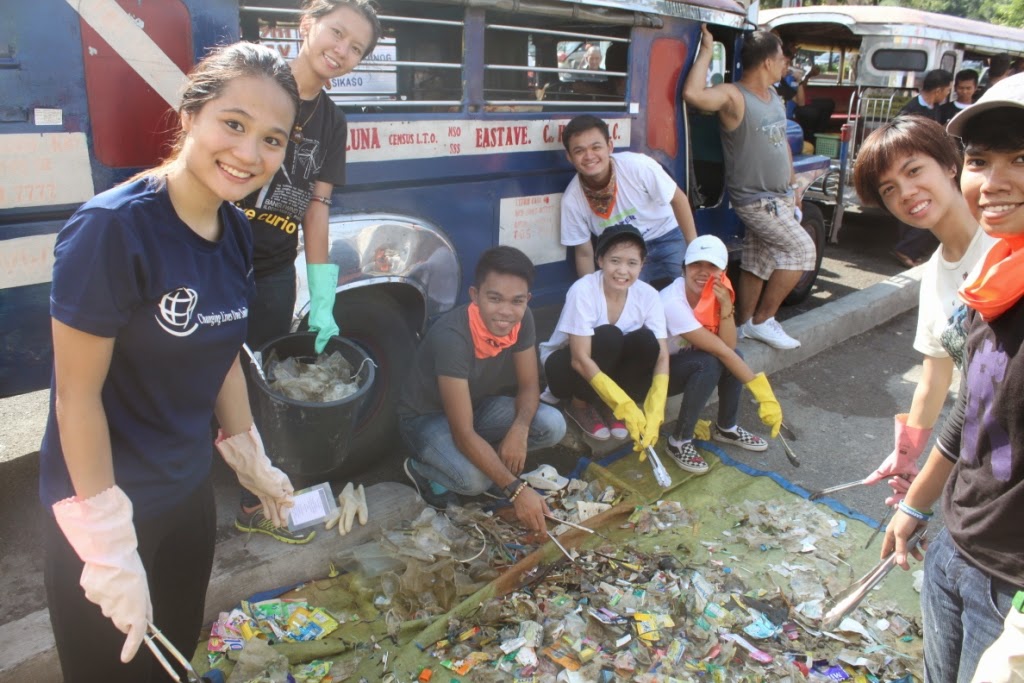 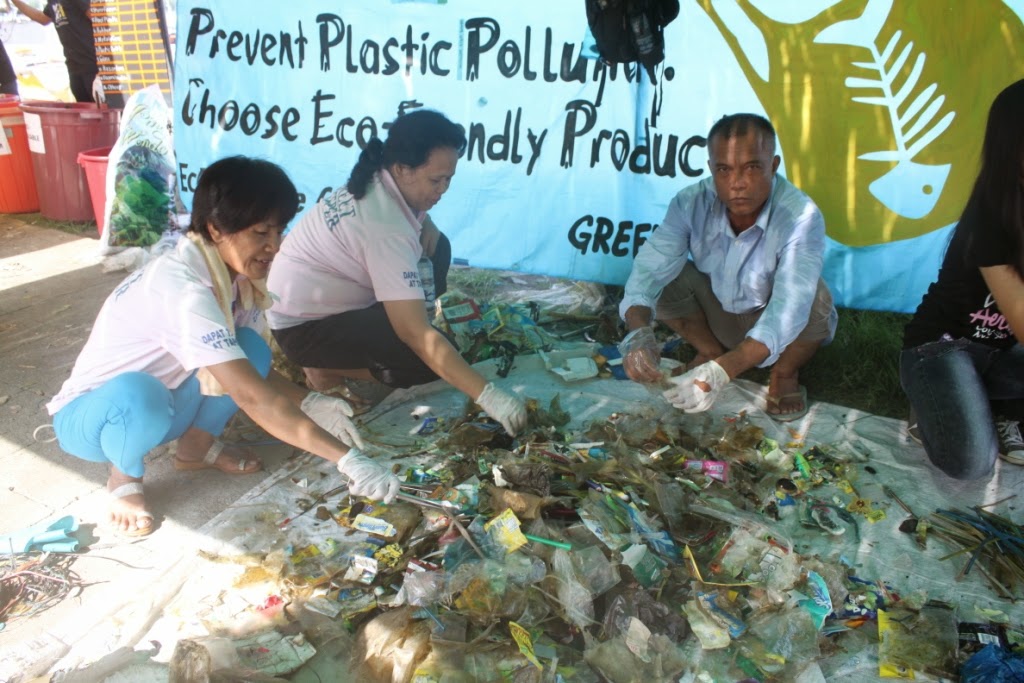 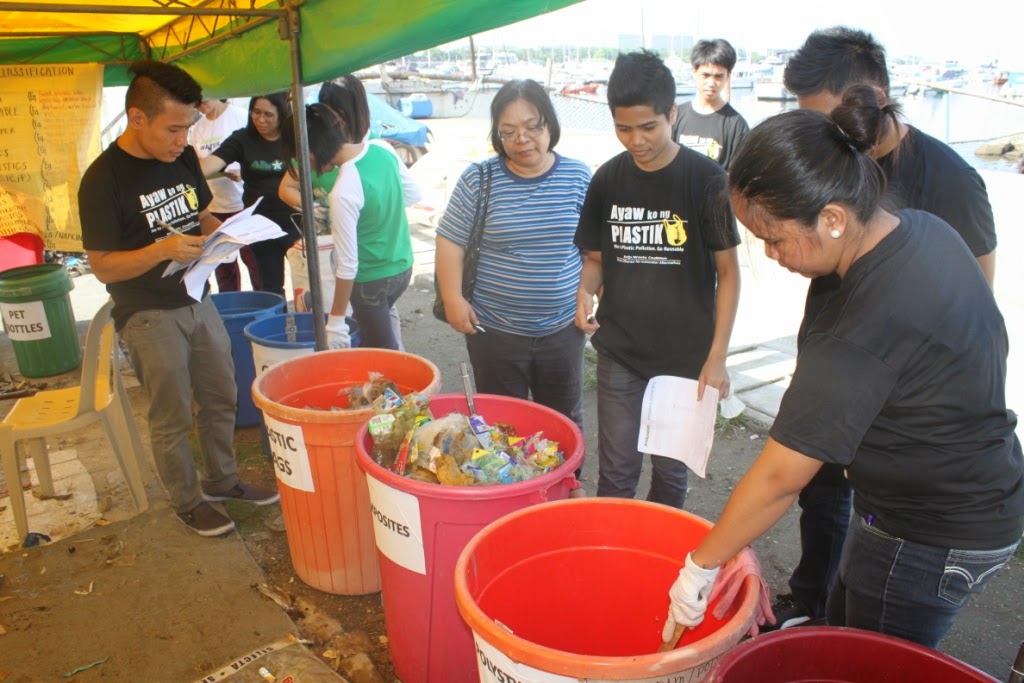 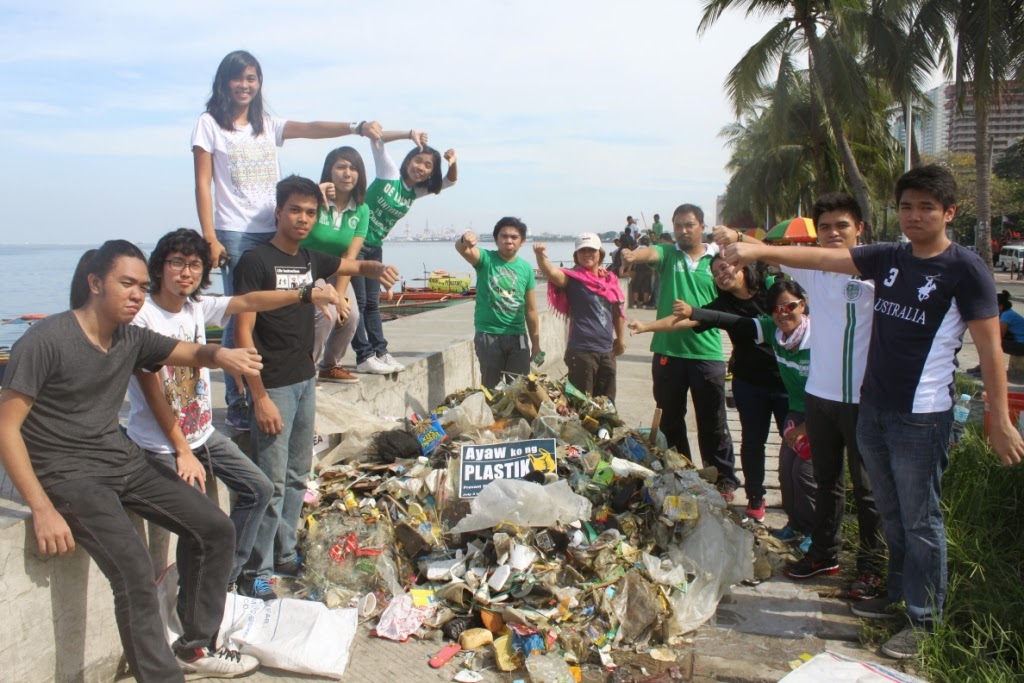 Manila City. Save our seas, legislate a nationwide ban on plastic bags now!


This was the collective statement made by hundreds of volunteers from various waste picker groups, civil society organizations, universities, as well as officials of several national agencies and local government units who flocked to Roxas Boulevard to collect and segregate garbage from mostly assorted plastic products polluting Manila Bay.

The Manila Bay waste audit led by the EcoWaste Coalition, Global Alliance for Incinerator Alternatives, Greenpeace, and Mother Earth Foundation marks the 5th International Plastic Bag-Free Day, and is a follow up to their 2006 and 2010 discards survey in the heavily-polluted body of water.

“Based on our initial observations today, plastic discards, especially plastic bags and polystyrene products continue to be the number one solid waste pollutants of Manila Bay, underlining our common knowledge that plastics is a problem and that our tendency to patronize single-use plastic products magnifies this problem,” stated Sonia Mendoza, Chairman of Mother Earth Foundation and Vice-President of the EcoWaste Coalition.

Waste audits in 2006 and 2010 conducted by the same group and other environmental organizations disclosed that, among plastic products, plastic bags were the main garbage contributor in terms of volume, comprising 51.4 and 27.7 percent, respectively, of the debris in Manila Bay.

“Seeing the enormous volumes of plastic bags during today’s discards survey in Manila Bay, we demand from the national government a Philippine-wide plastic ban that will support growing efforts of local government units in addressing plastic pollution in the country,” emphasized Mendoza.

“Doing so will significantly lessen our waste generation, trim down waste management costs, and minimize correlated environmental threats such as flooding and marine pollution,” she added.

The groups expressed gratitude to more than a hundred LGUs all over the country who have already adopted policies phasing out or regulating plastic bags in their jurisdictions, with more localities planning to follow suit.

Expressing her complete support for the groups’ efforts, Ang NARS Party-List Congresswoman Leah Paquiz pointed out “the need for a national law that will enhance waste reduction by outlawing the use of plastic bags and promoting reusable bags from natural fibers.”

“Such a law will also bolster the clean-up of Manila Bay, as well as other bodies of water in the country,” Cong. Paquiz added.

In 2008, the Supreme Court issued a Writ of Continuing Mandamus instructing various national government agencies to clean up, rehabilitate, and preserve Manila Bay, and restore and maintain its waters to class “B” level to make the bay fit for swimming, skin-diving, and other forms of contact recreation. However, despite the order to rehabilitate it, the water quality in Manila Bay remains in poor condition, way below accepted health standards.

Last December 2013, Rep. Paquiz filed House Bill 3511, an act that will “regulate the production, importation, sale, use, recycling, and disposition of plastic bags, promote the use of native reusable bags, and provide a mechanism for the recovery and collection of plastic bags.”

In her bill’s explanatory note, Rep. Paquiz clarified that “being part of the daily lives of people in our consumer-driven society, plastic bags, wrappers and other similar forms of packaging eventually become part of the ecosystem as floating trash in our waters.”

“Globally, the international community has long known the harmful effects and impacts of the improper and unregulated use of plastic bags, despite the absence of a global treaty or framework on the matter," said Rep. Paquiz.

A recent UNEP study entitled “Valuing Plastic” estimates 10 to 20 million tons of plastic finding its way into the world’s oceans each year, causing approximately USD 13 billion worth of environmental damage to marine ecosystems.

In a consequent statement released last month, UNEP Executive Director Achim Steiner said that “plastics have come to play a crucial role in modern life, but the environmental impacts of the way we use them cannot be ignored,” explaining that “the key course of action is to prevent plastic debris from entering the environment in the first place, which translates into a single powerful objective: reduce, reuse, recycle.”

Different kinds of plastic products are manufactured from various types of plastic. It is perhaps the only natural substance that has more than a million uses. It is one material that can be classified into various types according to its chemical structure.