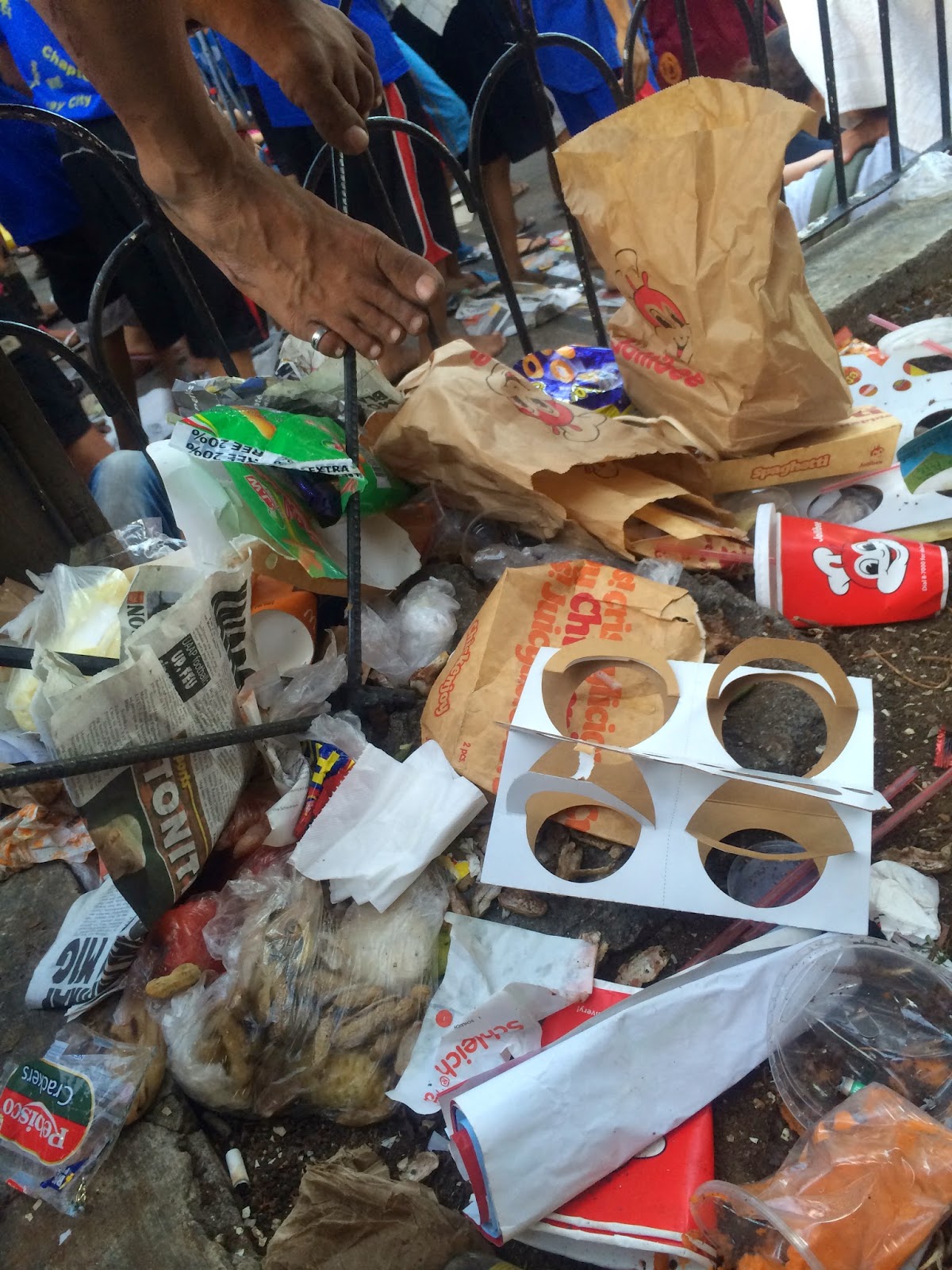 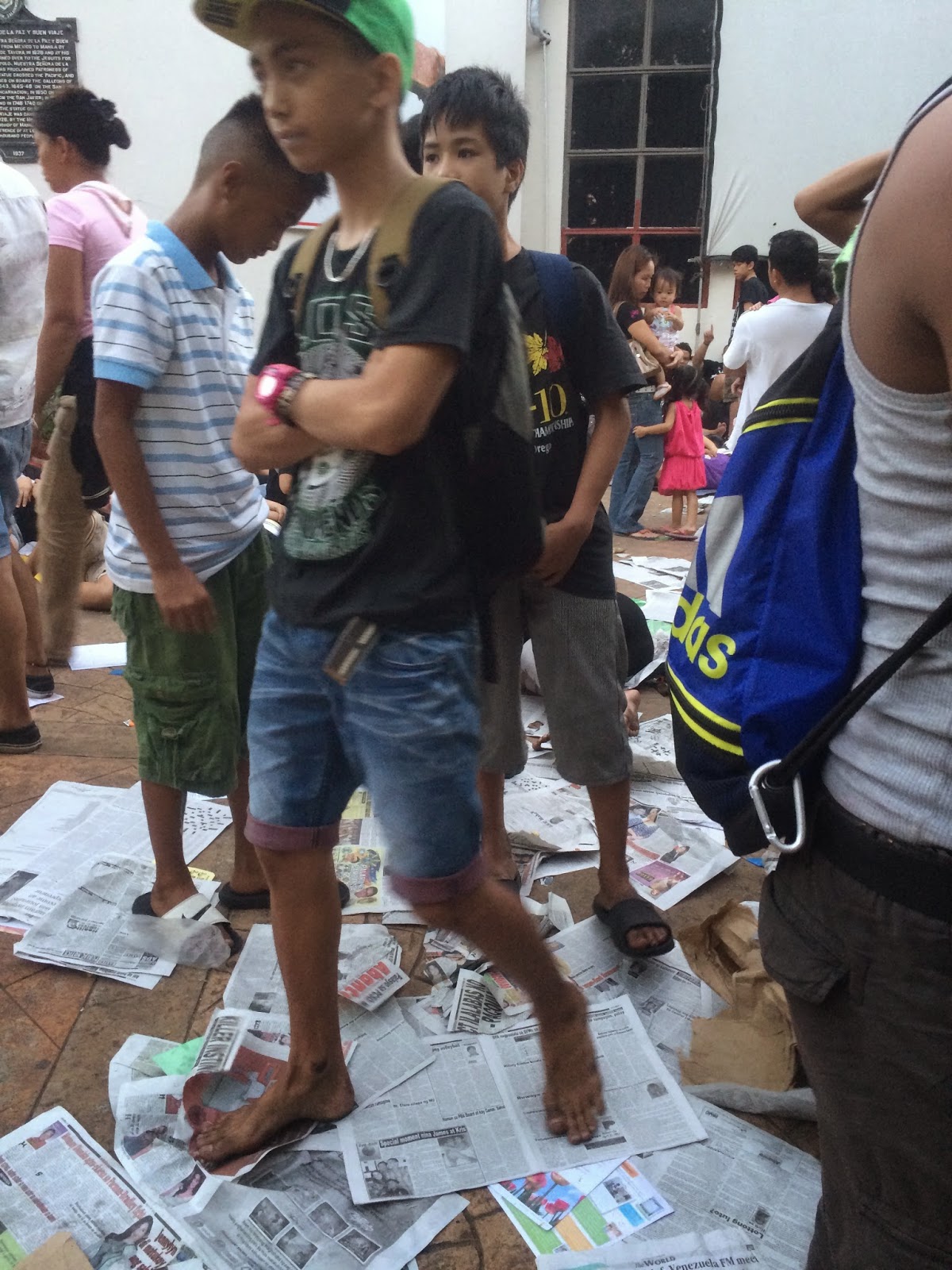 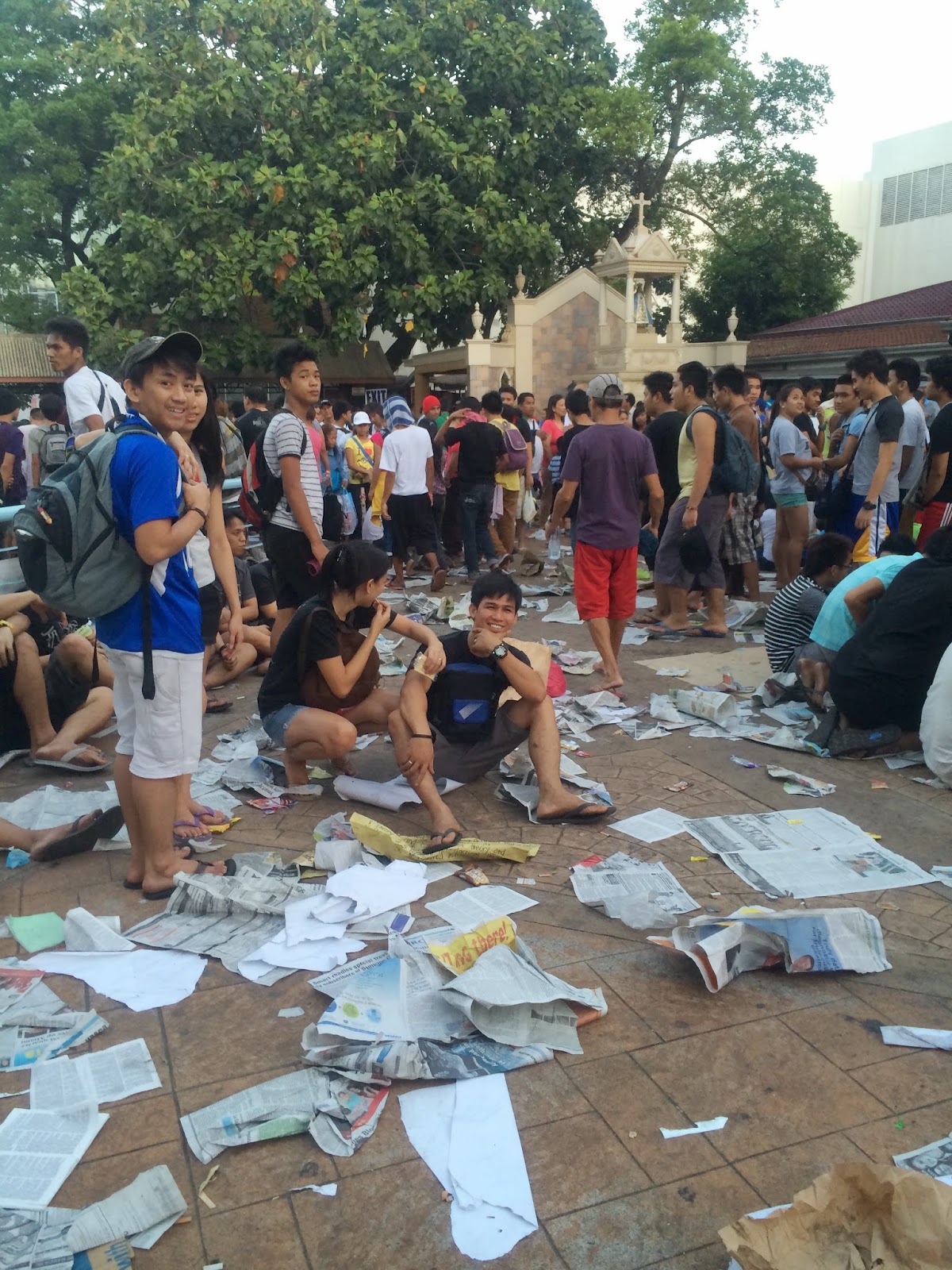 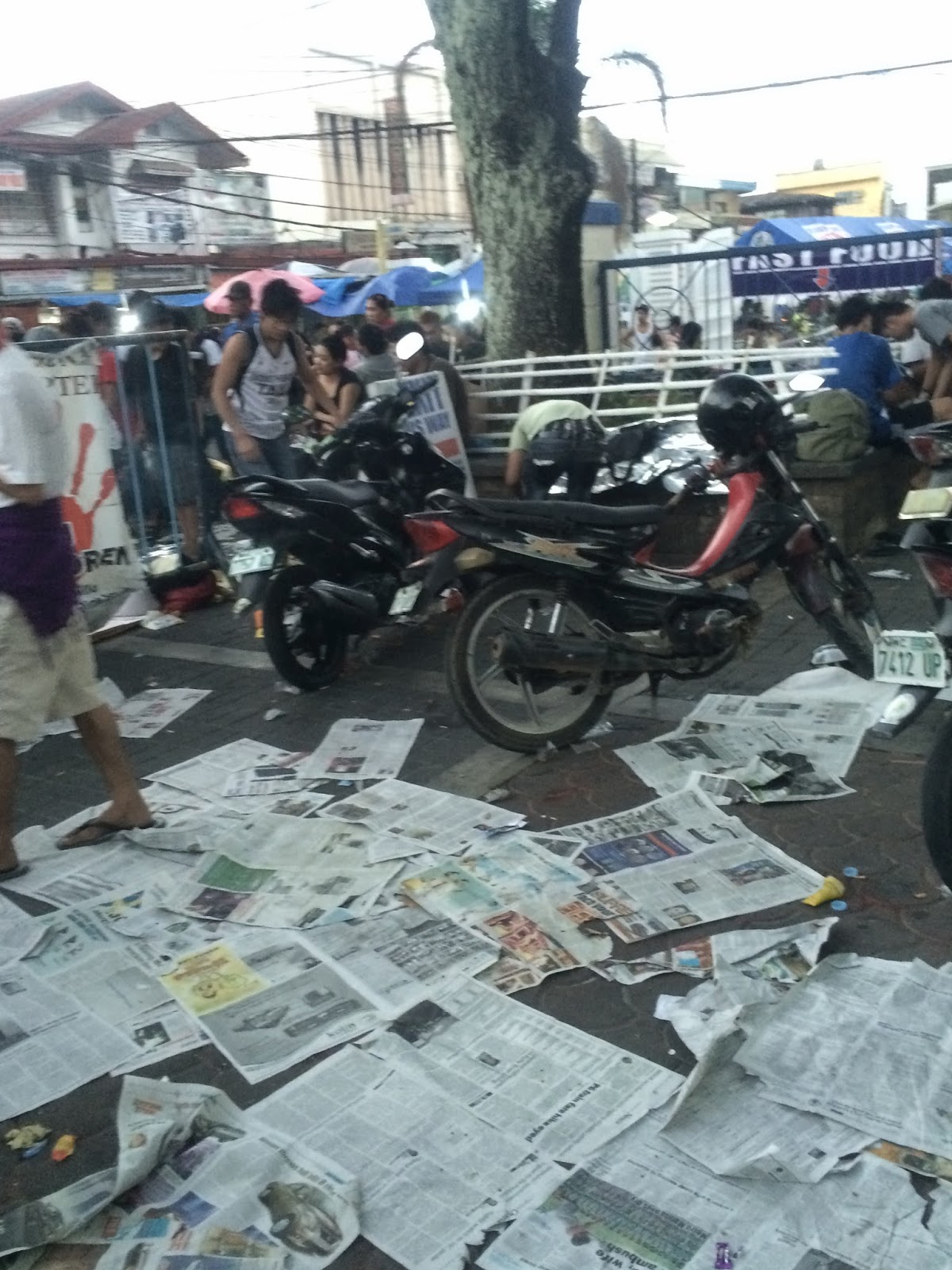 The EcoWaste Coalition, an environmental watchdog, minced no words to criticize the widespread littering that again marred the annual Alay-Lakad to Antipolo City on Maundy Thursday.
“The massive littering of major streets by pilgrims who were supposed to fulfill an act of penance is unholy, unkind and unacceptable,” said Aileen Lucero, National Coordinator, EcoWaste Coalition.

“Why dirty the environment with garbage as we beg for forgiveness for our sins and renew our faith?  Why spoil the air with cigarette smoke as we seek reconciliation with the Lord,” she asked.

“We respect our people’s freedom of belief and religion, but it should never be at the expense of the public health and the environment,” she pointed out.

“Garbage was most visible in areas where people congregate and rest such as the environs of churches, the areas surrounding the Stations of the Cross, as well as in street junctions, parking lots and open spaces in front of shopping malls,” the Basura Patrollers said.

As if the trashing of the streets was not enough, litterbugs shamelessly left a carpet of used newspapers and other discards on the ground of the Antipolo Cathedral and the adjacent Dimasalang Park despite constant reminder from the Oplan Semana  Santa Command Post for the public to dispose of their trash in proper receptacles, the Basura Patrollers said.

A biblical reminder from 1 Thessalonians 4:7, which says “for God has not called us to uncleanness, but in holiness,” was repeatedly broadcast from the public address system to encourage the throngs of pilgrims to keep the area clean, but to little avail.

It is some consolation to note, the EcoWaste Coalition said, that dozens of informal waste recyclers were quick to see the livelihood opportunity in such a mammoth event as they collected paper and plastic recyclables and thus reducing the volume of discards to be hauled and sent to the landfill by the city’s waste personnel.

The group likewise commended the hundreds of street sweepers assigned by the city governments of Antipolo and Pasig and the municipal governments of Cainta and Taytay for the round-the-clock cleanup efforts along the penitential route.

“The garbage situation would have been far worse if not for the service rendered by the street sweepers and the waste recyclers who picked up trash by hand during and after the penitential walk,” Lucero said.

R.A. 9003, or the Ecological Solid Waste Management Act, prohibits and penalizes acts that could put the public health and the environment at risk, particularly the littering, dumping and burning of garbage.

Litterbugs can be penalized with a fine of P300 to P1,000, compelled to render community service at the local government unit (LGU) where the act was committed or be required to pay the fine as well as perform community service.

Meanwhile, the EcoWaste Coalition called the attention of the public to avoid some souvenir items sold in Antipolo City that may pose risk to human health for containing excessive amounts of lead, a potent neurotoxin.

The souvenir products were purchased for P130 to P15 each from street vendors on Maundy Thursday and Good Friday.

Using an X-Ray Fluorescence screening device for toxic metals, the group detected lead up to 5,984 parts per million (ppm), way above the regulatory limit of 90 ppm for lead in paints, in some key chains and religious figures that are coated with paint.

“We hope that our discovery of toxic lead in some of Antipolo’s favorite mementos would encourage souvenir makers to stop the use of lead paint for consumer health and safety,” Lucero said.
-end-
Posted by EcoWaste Coalition at Friday, April 18, 2014