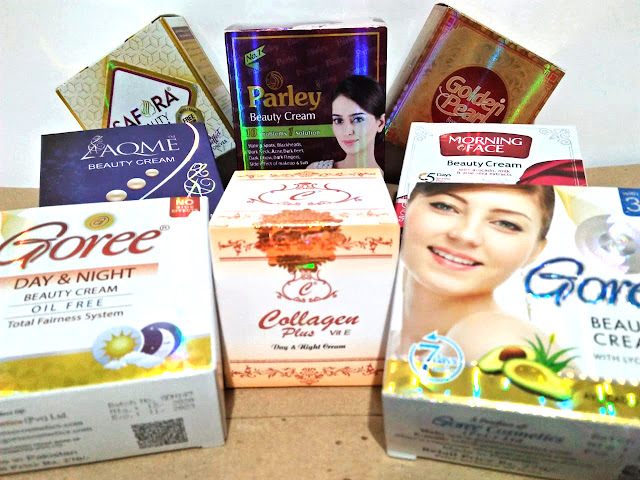 Banned mercury-containing skin whitening products have resurfaced in two budget shopping malls in Pasay City despite efforts by the local government to keep the illegal trade in check.
“Our discreet spot check last Friday revealed that imported facial creams banned by health authorities for containing mercury have reappeared in two shopping malls in Pasay City,” reported Thony Dizon, Chemical Safety Campaigner, EcoWaste Coalition.
“The reemergence of these forbidden chemical skin whiteners justifies the need for unrelenting law enforcement action to implement the global and national ban on mercury-added cosmetics such as skin lightening and anti-aging creams,” he said.
“Countries of export must stop the manufacture and export of these forbidden cosmetics,” he added, while calling on the national and local authorities “not to give up in their efforts to rid the market of contraband cosmetics, especially those tainted with mercury and other hazardous chemicals.”
Dizon recalled that in response to the complaint lodged by the EcoWaste Coalition in September 2020, the Pasay City Government led by the Office of the City Health Officer inspected retail stores at Baclaran LRT Terminal Plaza and Baclaran Bagong Milenyo Plaza, instructing retailers “to remove all banned products from display and to refrain from selling them.”
The group sounded the alarm as the first segment of the fourth meeting of the Conference of the Parties to the Minamata Convention on Mercury (COP-4) is set to take place online from November 1 to 5, 2021.
The treaty, which counts on the Philippines among the 135 parties, lists cosmetics with mercury above one part per million (ppm) -- except mascara and other eye area cosmetics -- whose manufacture, import and export were phased out in 2020.

Last Friday, the group conducted market surveillance at Baclaran LRT Terminal Plaza and Baclaran Bagong Milenyo Plaza and found mercury-added skin whitening creams visibly on display in store shelves.
Among the banned skin whiteners sold over the counter are Goree Beauty Cream,  Goree Day & Night Cream  and Parley Beauty Cream all manufactured in Pakistan as indicated on their labels.  The FDA through Advisory No. 2017-289 and Advisory No. 2019-074 issued on October 30, 2017 and March 5, 2019 banned the said Goree and Parley products for testing with mercury beyond the 1 ppm limit.
“Many years have gone by and we still find Goree and Parley creams being sold in budget shopping malls and also in online shopping platforms,” lamented Dizon.
The group also found Collagen Plus Vit E Day & Night Cream reportedly smuggled from Indonesia on sale in the said Pasay shopping malls.  The FDA through Advisory No. 2021-646 banned this product for lacking valid Certificate of Product Notification, warning “the use of such a violative product may pose health risks to consumers.”
“We also found other mercury-laden facial creams still on sale in the area  despite the reports we have filed with the FDA regarding their mercury content,” said Dizon.
Among the other unauthorized cosmetics available in the area are AQME Beauty Cream, Golden Pearl Beauty Cream (new packaging), Morning Face Beauty Cream, Parley Goldie Advanced Beauty Cream, and Safora Beauty Cream – all “made in Pakistan,'' as written on their labels.
Previous analyses conducted by the EcoWaste Coalition using an X-Ray Fluorescence (XRF) device found the said products with extremely high concentrations of mercury ranging from 5,696 to 16,915 ppm.
The EcoWaste Coalition urged the Pasay City Government and the FDA to jointly enforce the law to stop the illicit trade of mercury-added and other unauthorized cosmetics in the said budget shopping malls.  The group also asked the authorities to join them in promoting the "love your natural skin tone, shun chemical whiteners" campaign.
The World Health Organization (WHO) has listed mercury among the "ten chemicals of major public health concern," warning "mercury-containing skin lightening products are hazardous to health."
According to WHO, mercury use in skin lightening products can cause adverse health effects, including skin rashes, discoloration and scarring and reduced skin's resistance to bacterial and mycotic skin disorders.  Repeated applications of mercury-laden whiteners onto the skin can cause damage to the kidneys, the brain and the central nervous system, the WHO said.

Teichmann Containers said…
I was reading some of your content on this website and I conceive this internet site is really informative ! Keep on putting up. abrollcontainer in Germany
Wednesday, November 03, 2021