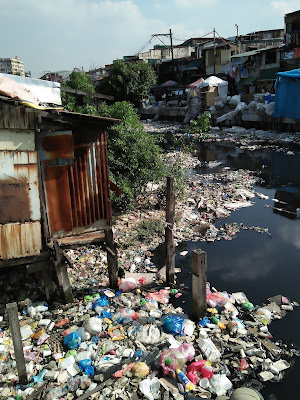 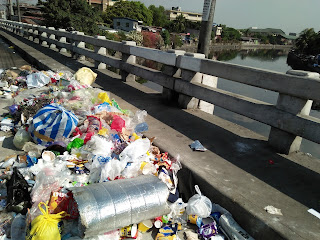 The EcoWaste Coalition made the earnest appeal as the 14th anniversary of Republic Act 9275, or the Clean Water Act, and 25th year of the World Water Day are both observed tomorrow, March 22.

The group aimed its appeal to the densely populated national capital region, which generates 9,213 tons of garbage per day or nearly one-fourth of the 40,087 tons of the daily waste generation nationwide.

“March 22 is doubly significant because it coincides with the annual World Water Day and the 14th year of the Clean Water Act since it was approved in 2004,” said Daniel Alejandre, Zero Waste Campaigner, EcoWaste Coalition.

“We hope national and local authorities will seize the occasion to draw support from all sectors in the uphill task of protecting our water and water ecosystems against pollution, particularly from irresponsible trash disposal, which is essential to realizing improved quality of life,” he said.

To mark the occasion, the EcoWaste Coalition highlighted the need for all LGUs and  waste generators to stop improper disposal practices in water bodies that persist despite clean-up efforts by the Metro Manila Development Authority (MMDA) and concerned LGUs.

“While some of the 273 esteros in Metro Manila like the Estero de Paco have been declogged and rehabilitated, many of the region’s waterways remain polluted with garbage and other pollutants,"  Alejandre observed.

“It is apparent that compliance to the anti-dumping provisions of the Clean Water Act and the Ecological Solid Waste Management Act is still unsatisfactory and has to improve,” he added.

The Clean Water Act prohibits the “discharging, depositing or causing to be deposited material of any kind into the water bodies… which could cause water pollution or impede natural flow in the water body.”  Fines range from P10,000 to P200,000 for every day of violation.

The Ecological Solid Waste Management Act, on the other hand, bans the “dumping of waste matters in public places such as roads, sidewalks, canals, esteros or parks.”  Violators shall be fined P300 to P1,000, or be required to render one to 15-day community service, or both.

To promote strict compliance to these laws, the EcoWaste Coalition urged LGUs to review and strengthen the implementation of their respective Water Quality Management Action Plans and Local Government Solid Waste Management Plans.

The group specifically sought immediate LGU action to stop the practice of allowing garbage dumps on streets and even on top or near bridges where unsorted discards are deposited before being hauled by trucks to disposal facilities.

“The proliferation of such dumps violates the law banning the dumping of waste matters in public places, as well as defeats the government’s ongoing drive to get all dumpsites closed and rehabilitated,” Alejandre emphasized.

To date, 383 open dumpsites and 177 controlled dumpsites continue to operate all over the country posing serious threats to community health and environment, especially to the soil and surface and ground water.