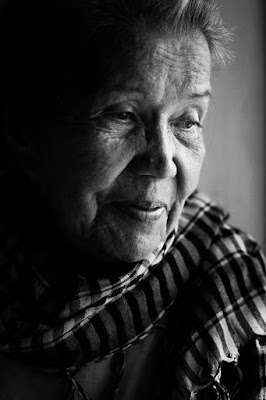 The one and only “Manang Luz,” recipient of the EcoWaste Coalition’s “Zero Waste Champion” award in 2005.  Photo from Jai Aracama’s Facebook.

Manang Luz, as she was fondly called, launched her book on May 12, “Toward Zero Waste,” based on her thesis for her Master of Arts degree in teaching (major in health education) in 1979 at the University of the Philippines.  The thesis discussed the “Four Fs Scheme of Total Recycling of Domestic Wastes,” particularly segregating the nonbiodegradable waste for factories from biodegradable waste for feeds, fertilizer and fuel.  She trained countless groups nationwide and was a guru to the late Odette Alcantara and many other environmental advocates.  Republic Act (RA) 9003 or the Ecological Solid Waste Management  Act is based on her work, which is also reflected in RA 10068 or the Organic Agriculture Act of 2010.

Benny said…
There are various factors that have to be considered in selling a pre-owned Rolex Mens view. The replica watches uk crucial consideration may be the tightness from replica watches sale the band. A tighter band ordinarily brings in even more money than an older looking, worn out, loose band. The condition from the dial is significant at the same time. Remember that unique dials are replica watches sale more than refurbished dial. This valuation is rolex replica sale even when the unique piece just isn't in tip-top shape. Of course, the supplies employed in your Rolex Mens are going to be considered at the same time. Most buyers generally appear for replica watches sale created of white or yellow gold, 14k or 18k, platinum, and even stainless steel. Also, acquire note that buyers rolex replica sale for those who possess the unique box and papers with all the timepiece.