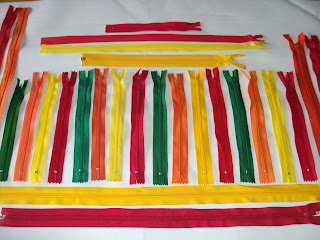 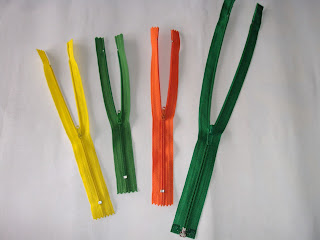 As last minute-shoppers troop to Divisoria, Manila for low-cost back-to-school garments and supplies, a watch group on toxic chemicals alerted consumers on zippers with colored pull tabs and sliders that may be coated with lead paint.

The EcoWaste Coalition urged consumers to watch out for zippers with toxic pull tabs and sliders after screening 30 units of green, red, orange and yellow zippers costing from P2 to P20 each that the group bought from sewing supplies stores  in Divisoria.

Equipped with a handheld X-Ray Fluorescence device, the group detected high concentrations of lead above the regulatory limit of 90 parts per million (ppm) for lead in paint on the pullers and sliders of four  zippers.

No lead was detected on market leader “YKK” zippers, as well as “Fuji,” “FZ,” “MG,” “MJT” and several generic zippers.

“This is not the first time that we detected elevated levels of lead on colored zippers used to fasten clothes,” noted Thony Dizon, Coordinator of the EcoWaste Coalition’s Project Protect.

“We have also found high levels of lead on some zippered back packs and pencil pouches,” he said.

“Young children may expose themselves to toxic lead when they zip up their bags, pouches and uniforms,” he pointed out.

“Sooner or later, the coatings of the pullers and sliders will come off with frequent use and get ingested by kids when they put their fingers in their mouths,” he stated.

“As lead-free zippers are readily available in the market, we hope that uniform and bag makers will make it a point to use high quality zippers that pose no lead hazard.  Perhaps the education department should reiterate this point as well in their guidelines on student uniforms,” he added.

According to the World Health Organization, “young children are particularly vulnerable to the toxic effects of lead and can suffer profound and permanent adverse health effects, particularly affecting the development of the brain and nervous system.”

“Children’s innate curiosity and their age-appropriate hand-to-mouth behaviour result in their mouthing and swallowing lead-containing or lead-coated objects, such as contaminated soil or dust and flakes of decaying lead-containing paint,” the WHO said.

Responding to the global and national push to eliminate lead paint, a major source of childhood lead exposure, the Department of Environment and Natural Resources has issued Administrative Order 2013-24, which sets a phase-out deadline for leaded decorative paints by January 2017 and leaded industrial paints by January 2020.

The said regulation also bans the use of lead in the production of toys and school supplies, among other non-allowable uses.