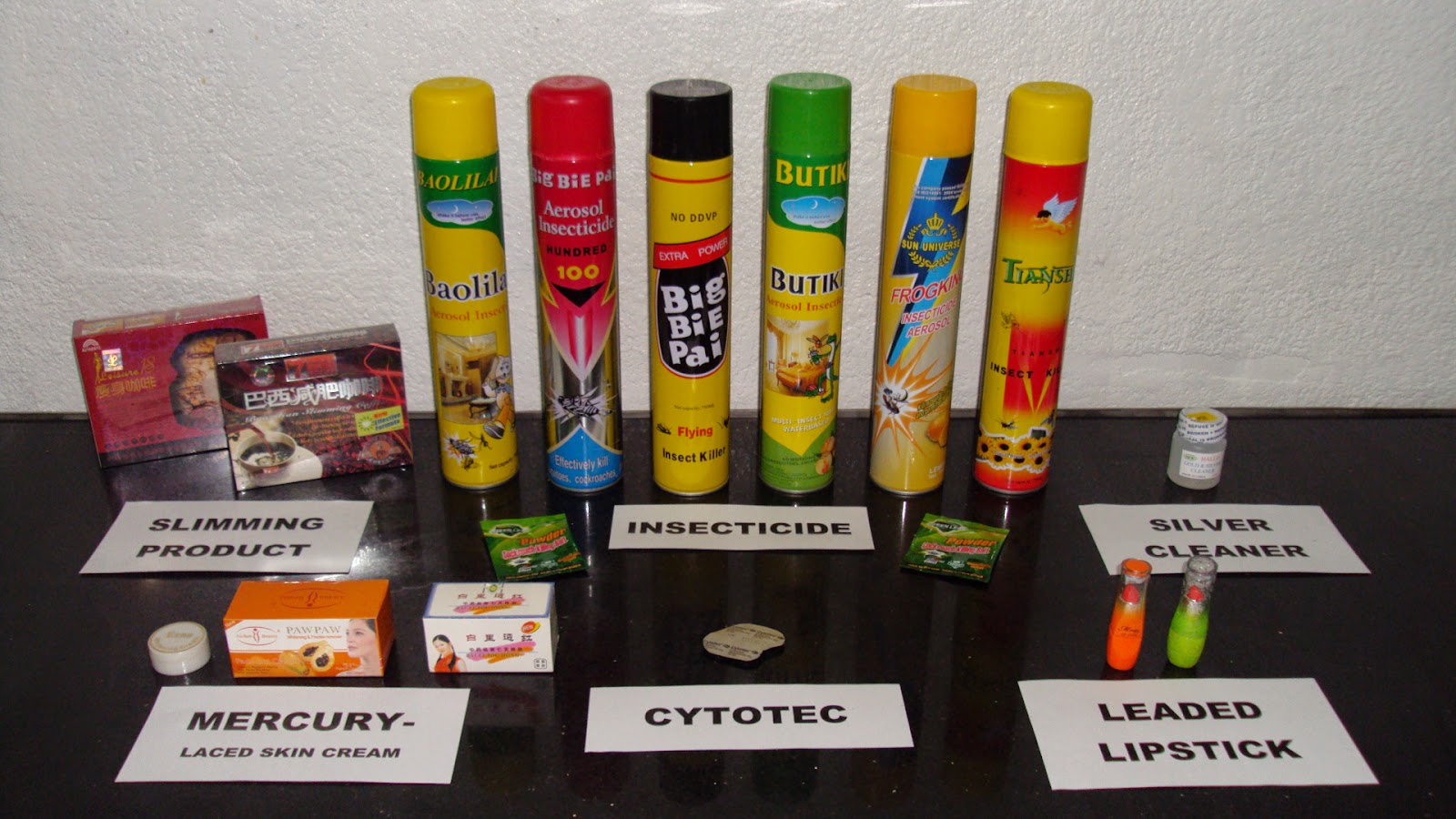 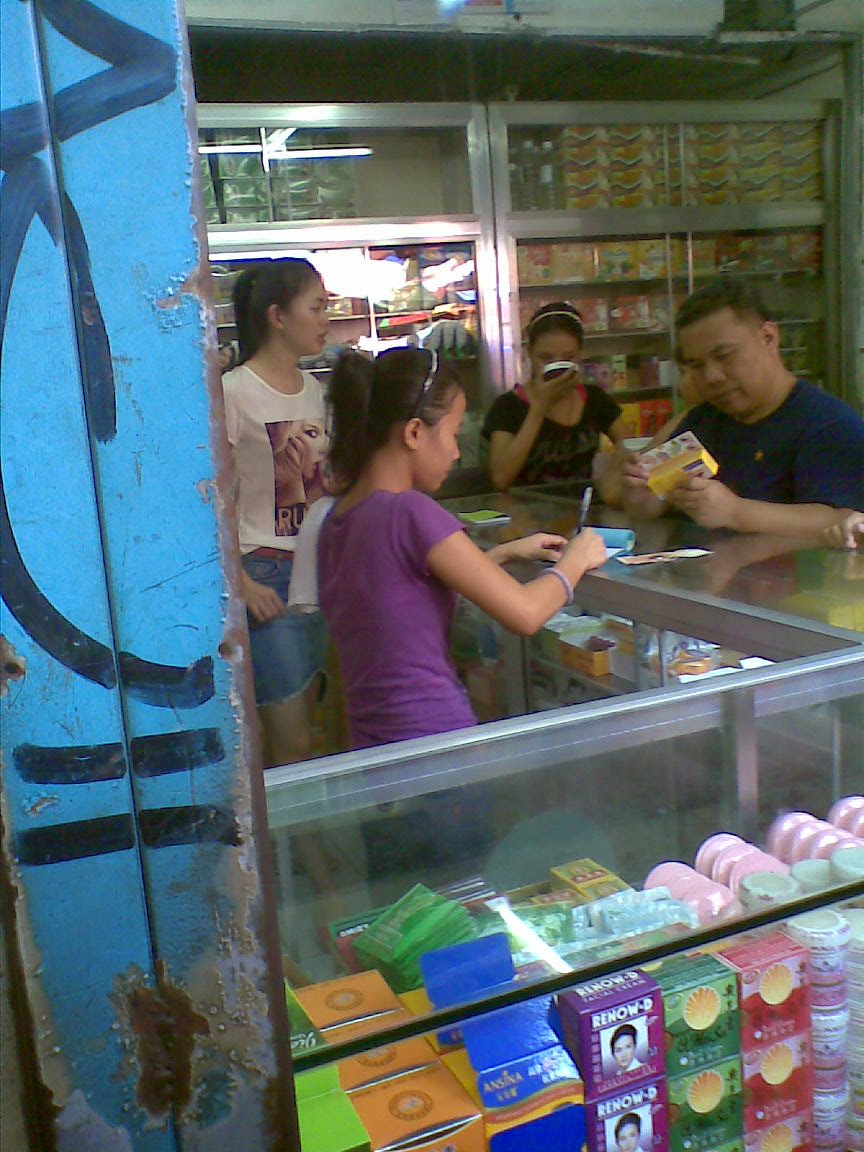 Advocates for consumer health and safety decried the unbridled sale in Quiapo, Manila of dangerous products laced with cyanide, lead, mercury and other substances of concern that the government had banned to protect the public health and the environment.

To stem such illegal trade at the heart of Manila’s famed cultural and commercial district,  the EcoWaste Coalition called on the authorities to take a no-nonsense approach for enforcing health and safety directives.

During their surveillance, the group saw for themselves how some of the forbidden products are openly sold in street stalls or general merchandise shops in the area with the exception of the abortion-inducing Cytotec, which is discreetly sold.

“We’re appalled to witness such a brazen show of non-compliance that makes a mockery of our consumer health and product safety laws,” stated Thony Dizon, Coordinator of the EcoWaste Coalition’s Project Protect.

“We need to tear down this culture of impunity where anyone can sell banned products that can threaten human and ecosystem health and simply get away with it,” he noted.

Among these life-threatening products on sale in Quiapo include:

1.  Misoprostol (Cytotec), an unregistered drug banned by the FDA since 2002, that is secretly sold outside Quiapo Church for P600 for four tablets.

4.  Baolishi No. 20 and Mona Liza No. 20 lipsticks that the FDA banned in 2013 and 2014, along with 29 others, for containing excessive amounts of toxic lead, sold at general merchandise stores for P20 and P50, respectively.

The EcoWaste Coalition also reported buying a liquid silver jewelry cleaning solution for P55.  The Department of Health and the Department of Environment and Natural Resources jointly banned in 2010 deadly silver cleaners containing cyanide and other hazardous substances.

To end impunity in Quiapo and other business hubs such as Divisoria where budget-conscious Filipinos shop, the EcoWaste Coalition proposes the following:

1.  For the government to launch massive public information campaign to educate sellers and consumers and insist on market compliance.

2.  For the national and local health, trade, customs and police authorities to conduct nonstop operations to apprehend violators.

3.  For the FDA to set up satellite offices in major centers of trade and commerce to ensure enforcement of the agency’s directives.

The EcoWaste Coalition further asked the government to ensure the environmentally-sound disposal of the confiscated items, many of which are laden with toxic metals and other chemicals of concern, to prevent occupational exposure and environmental pollution.

Easily, the publish is really the greatest on this laudable topic. I concur with your conclusions and will thirstily look forward to your future updates. Saying thanks will not just be sufficient, for the fantastic lucidity in your writing. I will instantly grab your rss feed to stay privy of any updates. Solid work and much success in your business enterprise!
Herbal Potpourri

This is quite interested information, it helps us a lot. Keep publishing and best of luck for your next blog.
Welcome to Green Herbz 2014 Potpourri Herbal Spice

What a great blog, i am searching in google from couple of days” but did not find any great way, but my search came to an end after visiting your blog.!!!Do you have any more related blogs or ideas related to like your this blog, it will help me in my further research work…Will keep following your blogs…
herbal incense
herbal potpourri
liquid incense

Great work. Truly speaking I never seen a blog like that. Absolutely superb work. Good luck. Thanks for such an informative post.
buy k2 online

Your blog is very informative and gracefully
Your guideline is very good.Thank you

We are supplier of high Quality research chemicals & VENOMOUS at good and affordable prices.
We ship worldwide with tracking provided.
Special discounts provided for bulk orders and payments via Bitcoin.