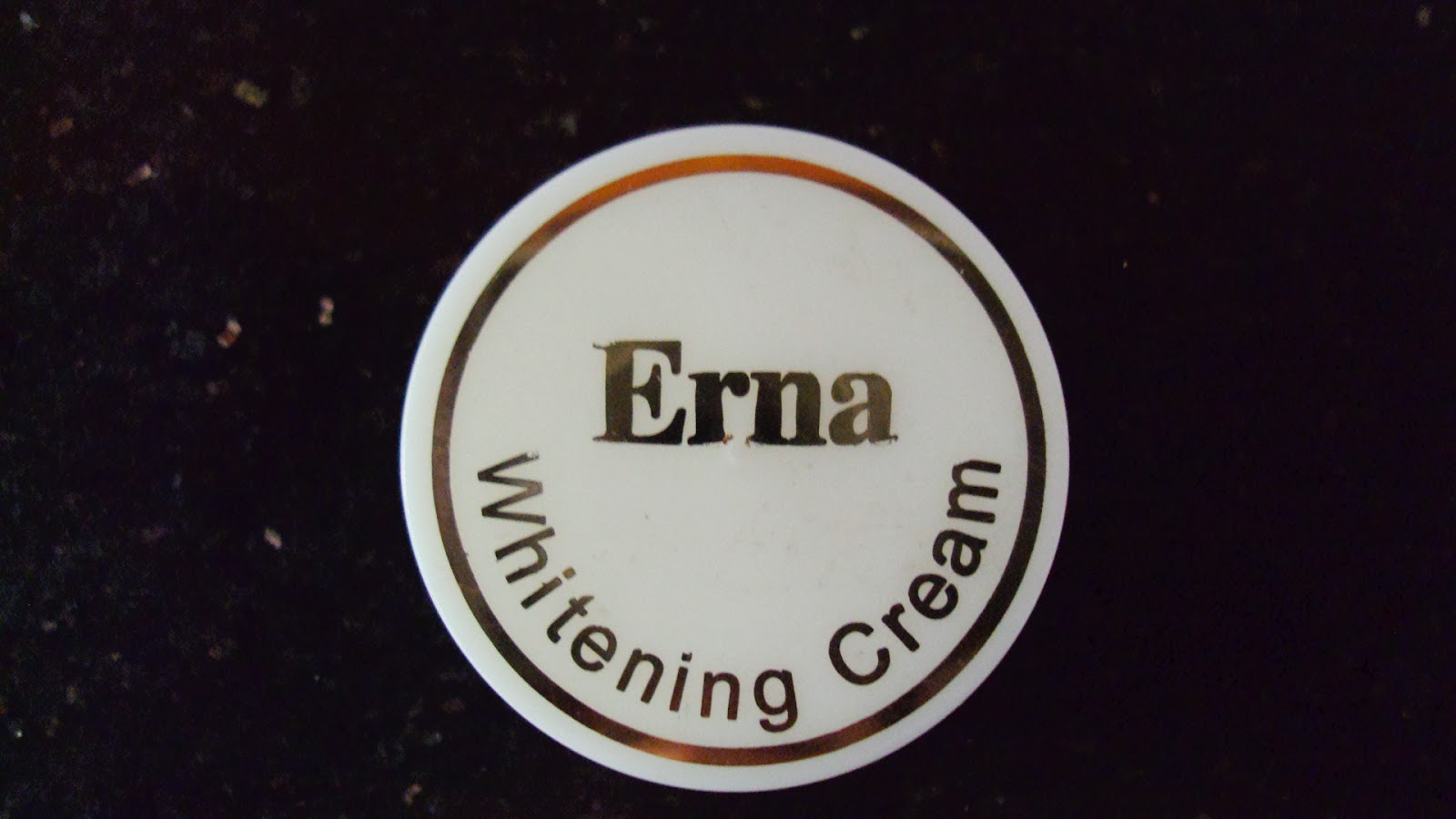 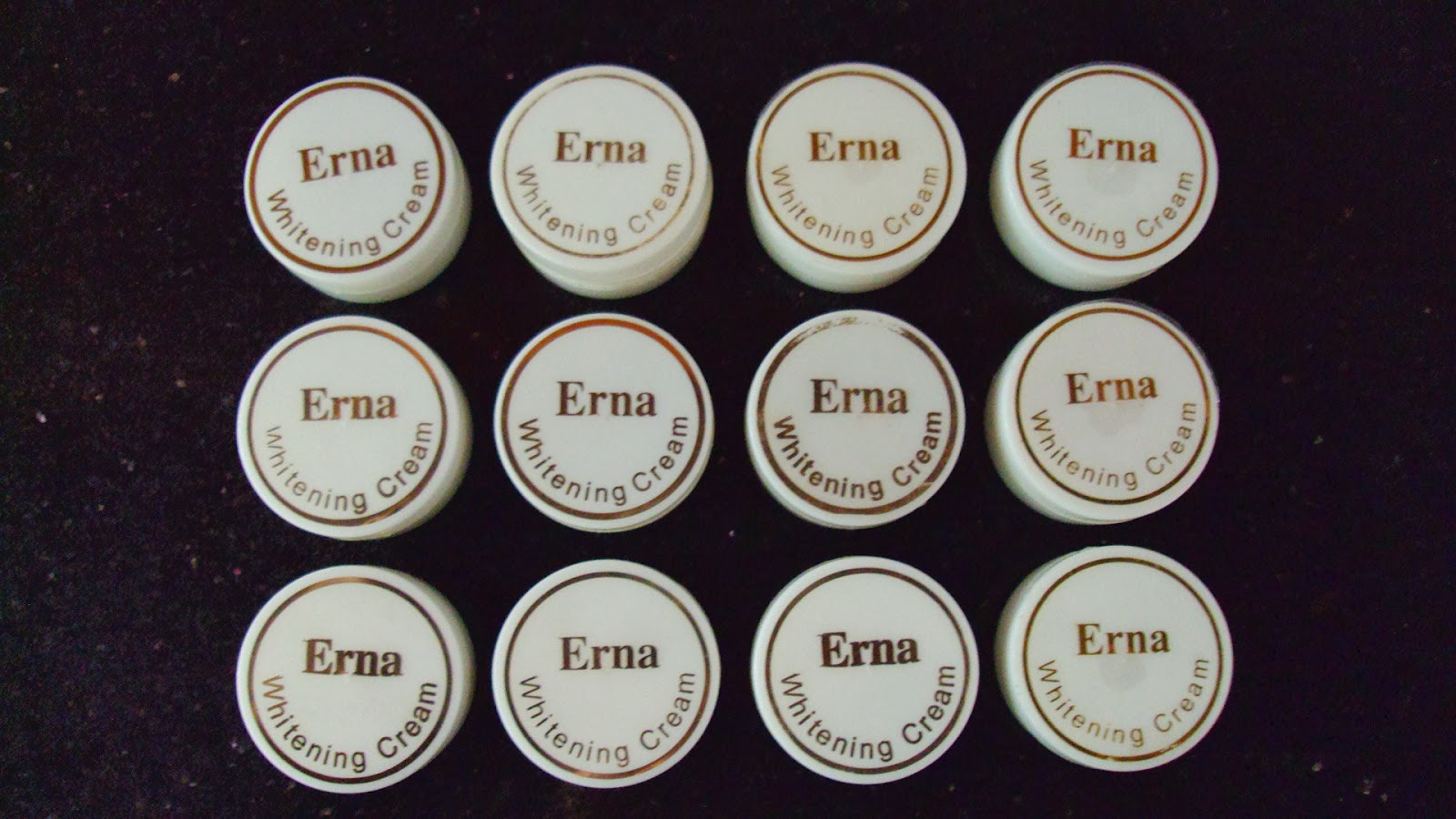 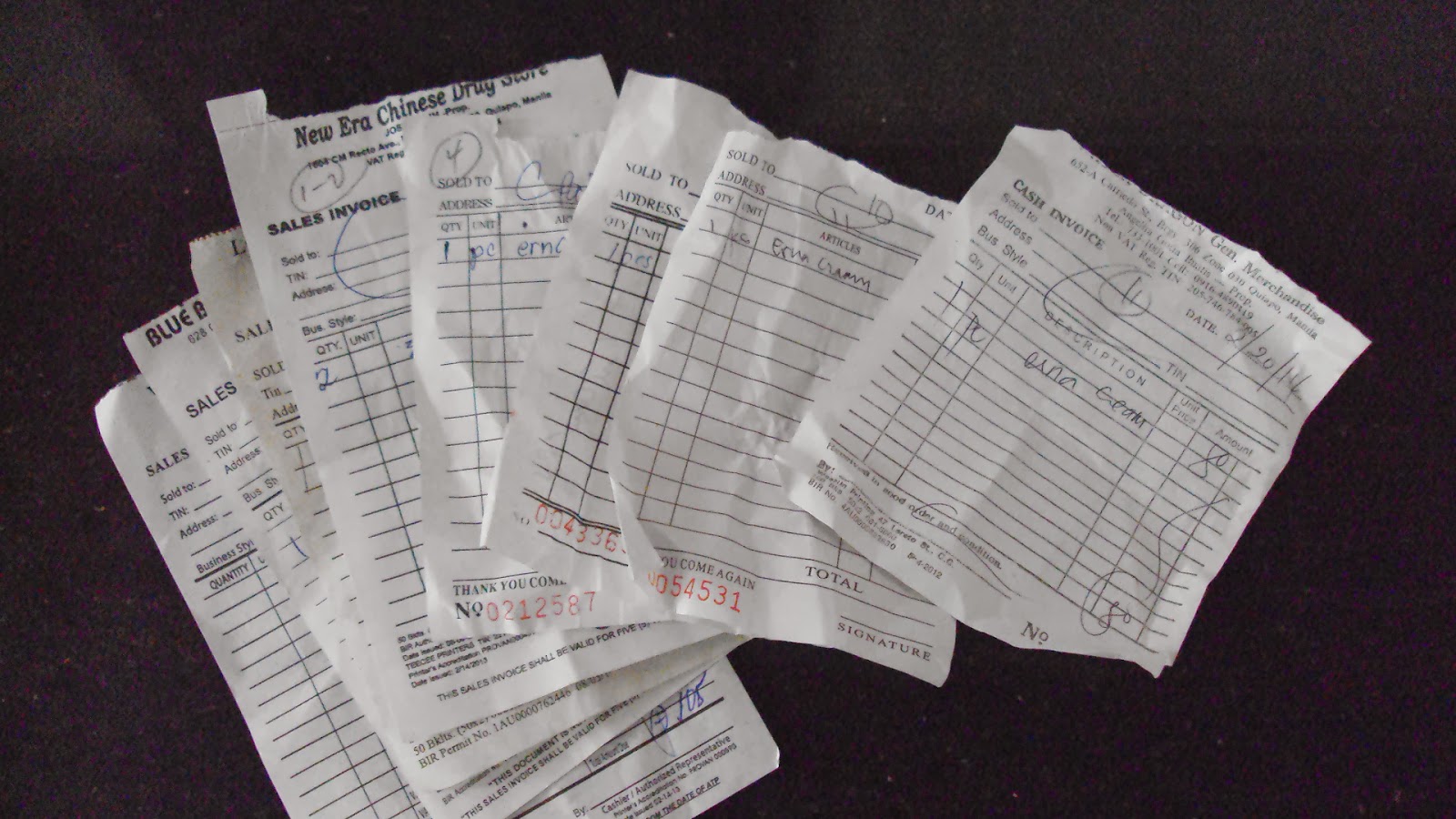 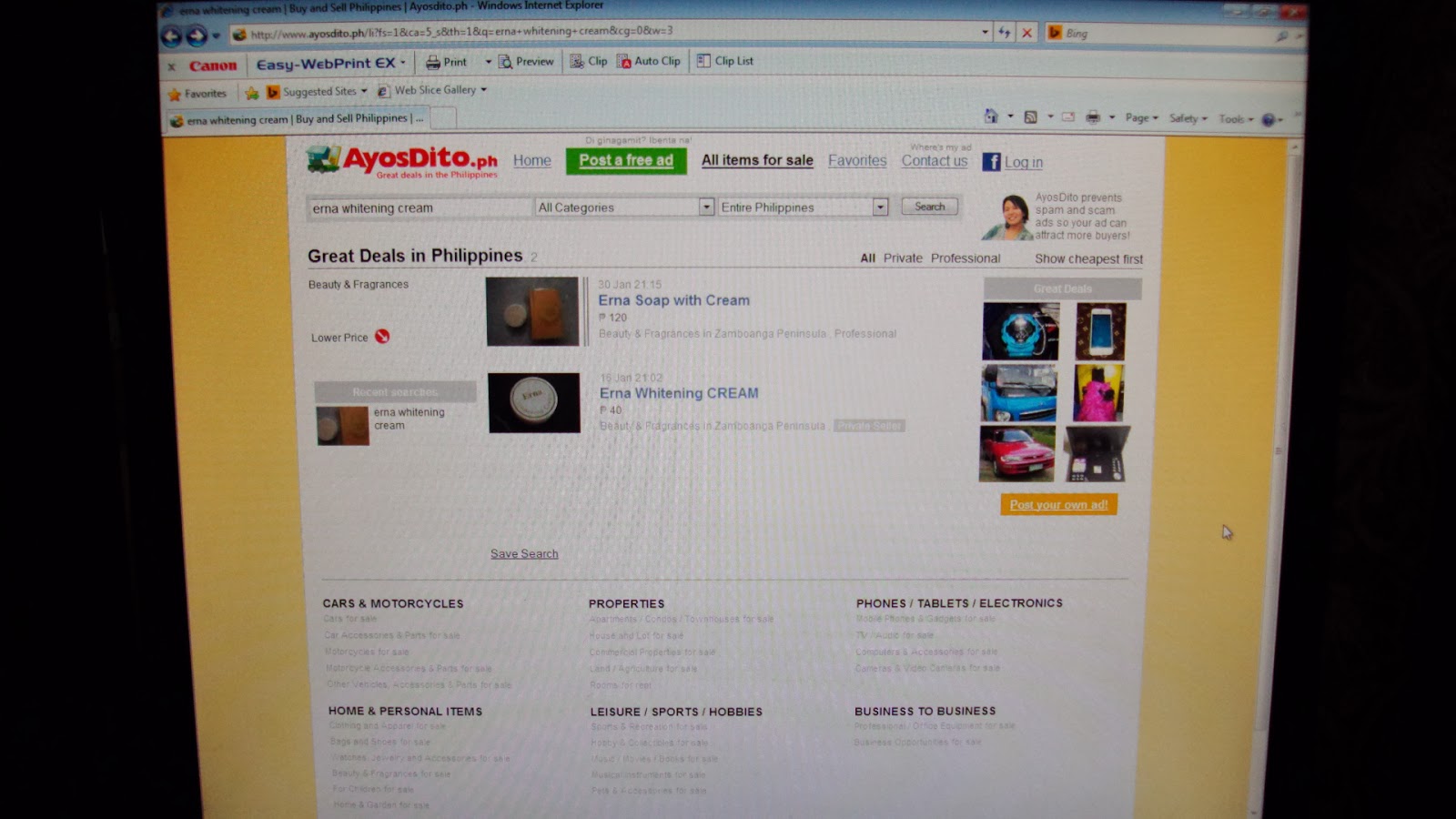 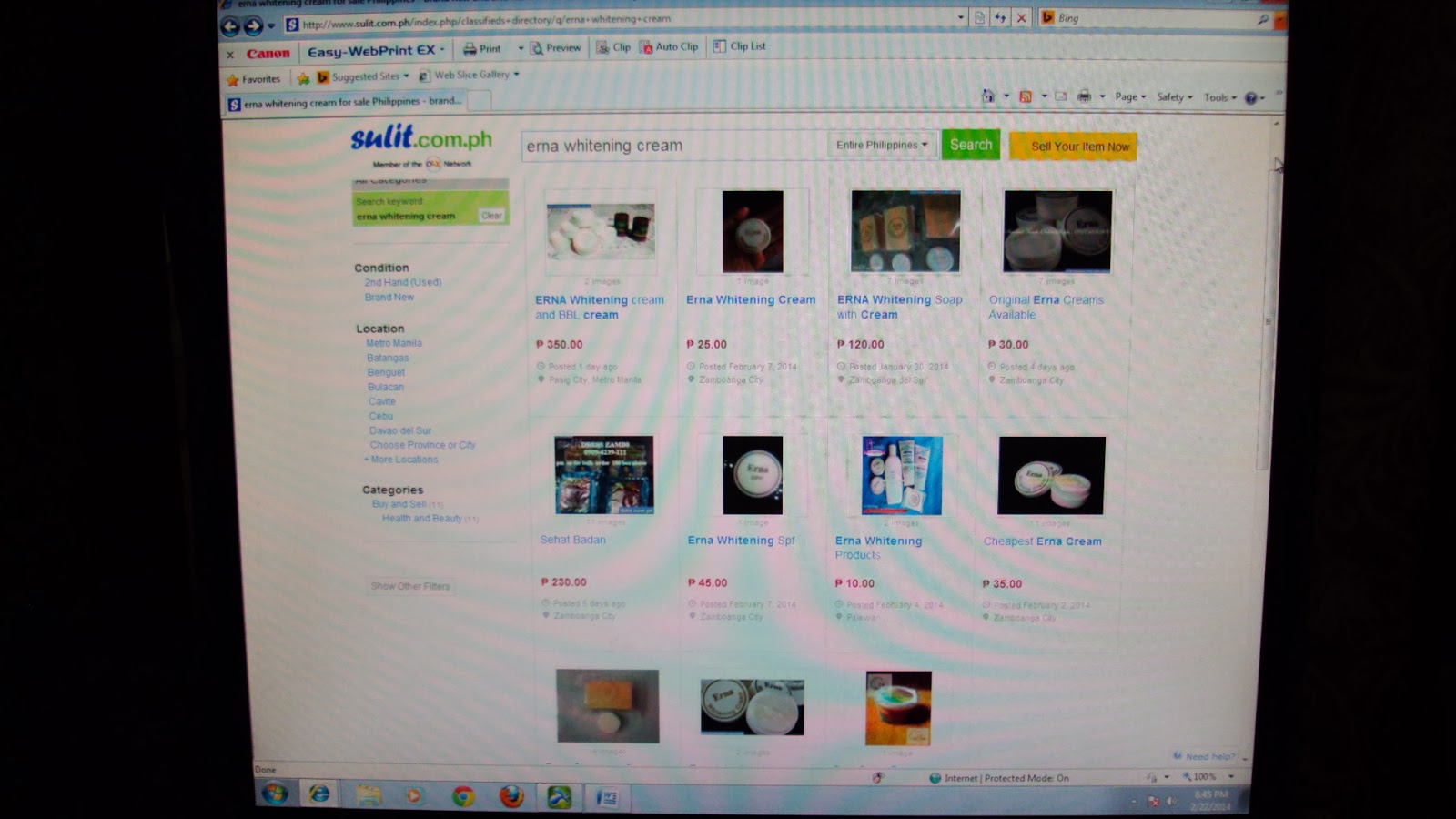 The EcoWaste Coalition deplored the rampant sale of a “small but terribly dangerous” skin whitening product loaded with mercury, a highly toxic chemical, in Chinese drug stores in Manila and on the Internet.

Erna Whitening Cream was banned by the Food and Drugs Administration (FDA) three months ago on November 20 for containing mercury above the maximum allowable limit of one part per million (ppm).

The product, reportedly imported from Indonesia and Malaysia, sells for P60 to P80 each and is packed in small white plastic jar with the words "Erna Whitening Cream" printed in gold.  No other information is provided on the product label.

The free online classified ads websites sulit.com.ph and ayosdito.ph offer Erna Whitening Cream for as low as P10-18, depending on the quantity purchased.

"We abhor the unlawful sale of this small but terribly dangerous cosmetic in Chinese drug stores and over the Internet in blatant contempt of the government’s health warning and product ban," said Aileen Lucero, National Coordinator, EcoWaste Coalition.

"We ask Chinese drug store owners and online dealers not to ignore the law, desist from selling toxic cosmetics and instead help the authorities in bringing the illegal trade to a close," she further said.

“We likewise ask buy-and-sell websites to remove entries advertising the prohibited product in line with their rules,” she added.

Mercury was detected in all 12 samples in the range of 2,948 ppm to whopping 11,400 ppm, or an average of 6,847 ppm, based on the chemical screening performed by the group using an X-Ray Fluorescence device.

The FDA through Advisory 2013-053 banned "Erna Whitening Cream" and 14 other skin lightening products for containing "violative levels" of mercury or for failure to obtain prior market authorization from the agency.

According to the advisory, "adverse health effects brought about by highly toxic mercury in cosmetic products include kidney damage, skin rashes, skin discoloration and scarring."

"Chronic use reduces the skin's normal resistance against bacterial and fungal infections," it said.

"Other effects include anxiety, depression or psychosis and peripheral neuropathy," it added.

The FDA has also warned that "the transfer of mercury to fetuses of pregnant women may manifest as neurodevelopment deficits later in life."