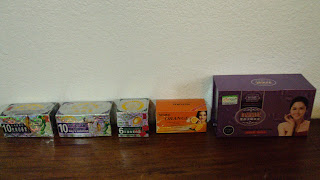 A toxics watchdog has for the nth time called attention to the illegal trade in skin whitening cosmetics loaded with mercury, a potent neurotoxin, that are being sold to uninformed consumers, especially at Chinese drug stores in the city of Manila.

After buying and testing 15 units of skin whitening creams imported from Taiwan, Hong Kong and mainland China, the EcoWaste Coalition revealed that all samples showed extreme levels of mercury in violation of the allowable limit of one part per million (ppm).

With the aid of an X-Ray Fluorescence (XRF) spectrometer, the group detected mercury ranging from 286  ppm to as high as 59,000 ppm in the 15 samples, 10 of which were already banned by the Food and Drugs Administration (FDA).


The samples costing from P80 to P320 were purchased on June 15, 2013 from 10 Chinese drug stores located in Binondo, Divisoria, Quiapo and Sta. Cruz, Manila, and from another Chinese drug store in Cubao, Quezon City.

“Consumers need to be wary of skin lightening products, particularly those which are not properly labeled and registered, as these often contain undisclosed quantities of mercury that can cause ill health.  Be inquisitive when you shop as what you don’t know can harm you,” said Aileen Lucero, Acting National Coordinator, EcoWaste Coalition.

Citing information from the World Health Organization, Lucero warned that exposure to mercury in skin whitening products can damage the kidneys and also cause skin rashes, skin discoloration and scarring, as well as reduce skin’s resistance to bacterial and fungal infections.
The EcoWaste Coalition’s latest toxic discovery of mercury in skin whitening cosmetics prompted re-elected Manila District 2 Councilor Numero Lim to announce his plan to file an ordinance banning mercury-laced cosmetics and imposing harsh penalties to deter violations as soon as the new session commences

“This unlawful trade of dangerous cosmetics loaded with mercury has been embarrassingly going on for years and has to be stopped once and for all.  I’m sure Mayor Erap, Vice-Mayor Isko and my fellow councilors will throw their unequivocal support behind such urgent action to curb mercury exposure from cosmetics and protect public health,” Councilor Lim said in a statement sent via the EcoWaste Coalition. 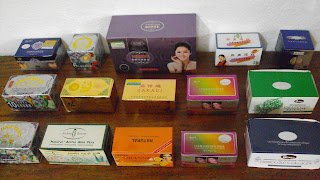 Five of the above products were among those recommended by the EcoWaste Coalition to the FDA for banning as early as February 2013.

To effectively combat the continued proliferation of mercury-containing cosmetics in the market, Lucero called on the:

1. Department of Health through the FDA to intensify post-market surveillance and sue violators, as well as to promptly update the list of banned mercury-containing cosmetics for the guidance of importers, distributors, retailers and consumers.

2.  Department of Interior and Local Government to mobilize LGUs in the crucial grassroots action to fight the illegal trade of mercury-laden cosmetics.
3. Bureau of Customs to stop the smuggling of contraband cosmetics into the country’s ports.

At the same time, the EcoWaste Coalition appealed to the cosmetics industry to respect the rights of consumers to product information and to product safety, and to only manufacture products that are guaranteed safe for humans and the environment.

The EcoWaste Coalition has immediately reported its latest findings to the FDA through its “Consumer eReport Facility on Cosmetic Products.”